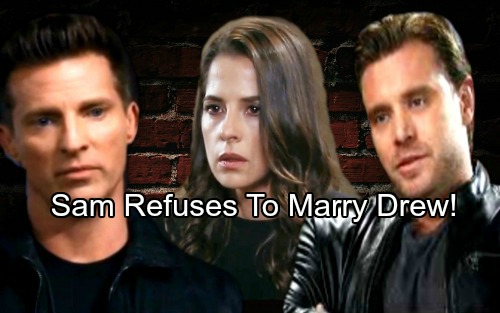 Now that he’s not Jason (Steve Burton), Drew feels like a stranger to most people in Port Charles. He’s really struggling, but Sam (Kelly Monaco) is the one person he can count on. Drew will be desperate to keep their relationship intact. He won’t know what he’d do if Sam bails on him. 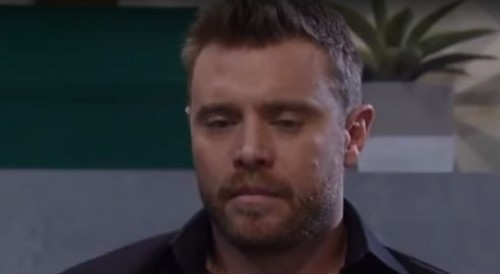 Sam may go along with the idea of renewing their vows and making this marriage legal. They’ll probably put that plan in motion, but GH spoilers say Sam’s doubts will grow stronger. She’ll wonder if she’s truly following her heart.

Sam needs to take a step back and think about what she actually wants. If she mulls it over and decides Drew’s still her man, that’s perfectly fine. If Sam determines Jason is her one and only, that’s also her choice to make. Sam’s only been concerned about the twins’ feelings, but it’s time to consider her own.

Unfortunately, Sam may ignore that little voice inside. She might dismiss her reservations until the very last second. Once Drew’s poured his heart out, what will Sam do? Will she leave Drew at the altar? General Hospital viewers wouldn’t be surprised. It’s clear that Sam’s becoming more and more torn every day. 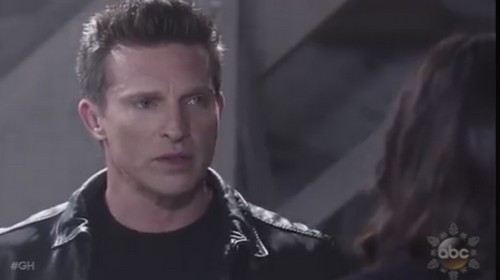 Just before Sam’s about to say “I do” again, she may reluctantly break Drew’s heart. Sam might admit that having Jason back in her life has changed things. She could confess that although she adores Drew, she also has deep feelings for Jason. Until Sam can make sense of all this, it’s best for everyone if she puts off the marriage – well maybe not for DreAm shippers.

It sounds like this love triangle will officially be back in business. JaSam fans may get the reunion they’ve been dreaming of – at least for a while. DreAm supporters shouldn’t give up hope though. This is all part of a lengthy tale. Sam and Drew could easily reunite once she’s had time to process everything.