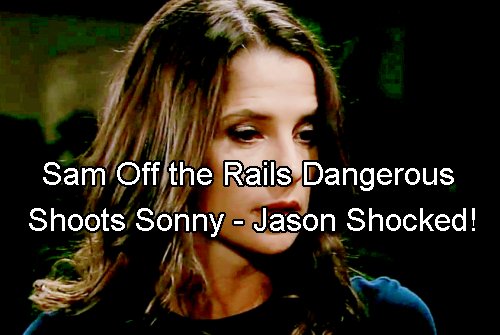 General Hospital (GH) spoilers reveal that Sam Morgan (Kelly Monaco) goes off the rails soon. Clearly, something is messing with her mind – and soon enough, Sam’s increasingly erratic behavior puts someone’s life at risk. Sam will shoot Sonny Corinthos (Maurice Benard) although it’s not her fault. What’s wrong with Sam that drives her to this violence?

Sam’s mental issues started last week at her massage that was meant to be relaxing but she was already feeling uneasy prior to that. Sam told the masseuse that she has been edgy and struggling to relax. Alexis Davis (Nancy Lee Grahn) remarked that her daughter seemed pale and out of sorts and that’s why she sent her to the spa to relax. Turns out, Sam couldn’t unwind.

Then on Wednesday’s GH, Sam was hearing the voices again whispering that her family wasn’t safe and, insanely, Sam hallucinated a gun in Liz Webber’s (Rebecca Herbst) hand. Liz was simply handing Sam a piece of paper but Sam panicked for a moment before coming to her senses. It seems that something similar will happen that results in Sonny being shot. 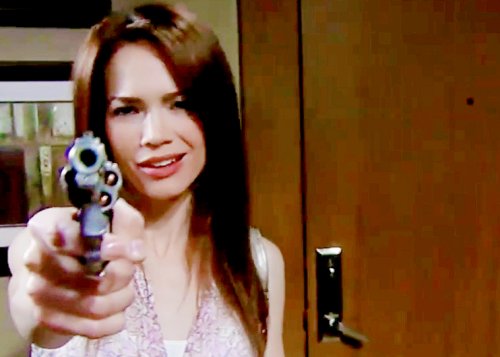 The GH spoiler says Sonny is shot but it’s not Sonny. Since Sonny doesn’t have a twin and Sam would not knowingly or willingly shoot Sonny, it seems likely that Sam will hallucinate someone else and shoot that person only it’s Sonny and not a bad guy. But what’s making Sam so crazy? Some spoilers have hinted that Costa Phillipos (Eddie Davenport) might have infected Sam with Chimera toxin.

That would certainly explain the voices in her head that have now escalated to visual hallucinations. Some GH fans on social media think Sam’s got post partum depression, but that’s not the case. What Sam is experiencing is not a symptom of post partum. Plus, Sam had Scout Morgan months ago and has been just fine. This is something far more disturbing.

What Sam is dealing with seems to be neurological symptoms – that sounds like an illness or a poison. Since Sam will grow increasingly paranoid leading up to shooting Sonny, it will seem like this is Helena Cassadine’s (Constance Towers) awful curse coming to destroy Sam’s life. Sonny has no reason to be afraid of Sam so he’ll have no warning when she freaks out and shoots him. 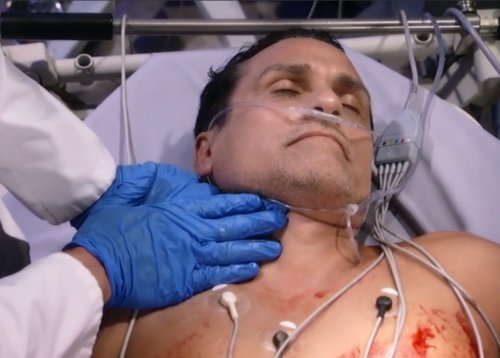 It’s not like Sonny hasn’t been shot before. The last time he was shot by Paul Hornsby (Richard Burgi), Jason saved him and it will likely be Jason that saves Sonny again. Stone Cold will be stunned to find out his wife was the one that almost killed Sonny this time. Assuming Sonny survives the shooting – and he always does – the looming question is what is wrong with Sam and can she be cured?

There’s a big summer storyline for Sam that kicks off with this outrageous behavior and escalates as the coming months heat up. It was shocking when Sam lashed out at Jason on Wednesday, but things are about to get so much worse. Share your comments below and tune into CDL often for more General Hospital spoilers and news.