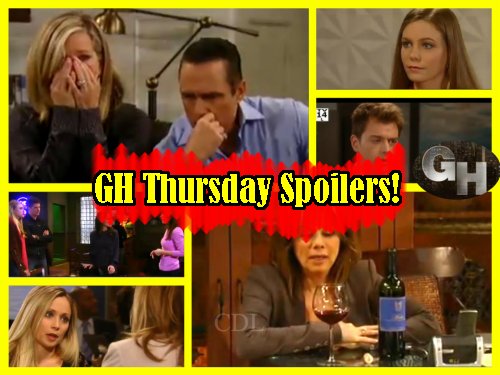 General Hospital (GH) spoilers for Thursday, January 26 reveal that Carly Corinthos (Laura Wright) is upset. She says she knew something was wrong and is in tears as she confides in Sonny Corinthos (Maurice Benard).

Is this about Lady Jane, Jasper Jax’s (Ingo Rademacher) mom? Is GH writing Barbara Tarbuck’s death into the character storylines? Will Carly have to tell Josslyn Jacks (Eden McCoy) that her beloved grandmother died? Carly also has a warning for her son. 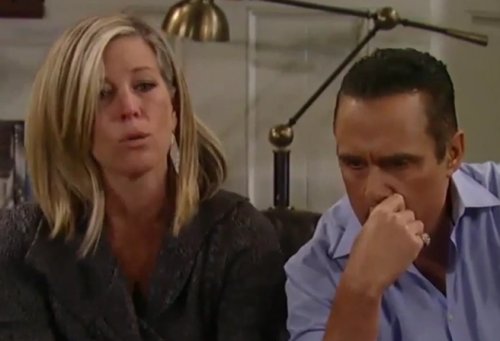 Michael Quartermaine (Chad Duell) comes to see Nelle Hayes (Chloe Lanier) at work. He’s crushing on her in a big way. If Nelle turns out to be his secret sister, Michael is going to be floored. Nelle is also due for a conversation with Sonny.

General Hospital spoilers reveal that Sonny drops a truth bomb on Nelle now that he’s convinced she’s up to no good. Nelle is beginning to have second thoughts about what she’s doing to Carly since she’s grown closer to Michael and Josslyn. 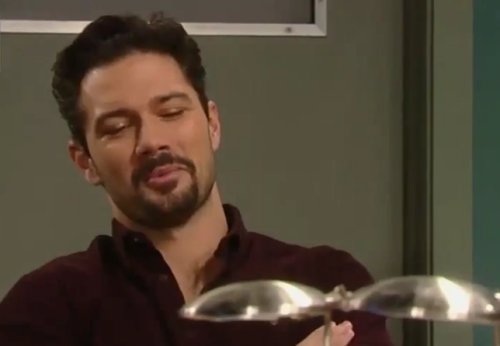 What will Sonny have to say to her? Will he remind her of their deal to keep it quiet about their night together? Or is Sonny going to make accusations? Nelle’s reveal is getting closer and closer and it will all blow up.

At the PCPD, Dante Falconeri (Dominic Zamprogna) is all smiles and Nathan West (Ryan Paevey) wants to know why. Dante shouldn’t be in a good mood right now since Lulu Spencer (Emme Rylan) just had devastating things happen to her at the wedding. 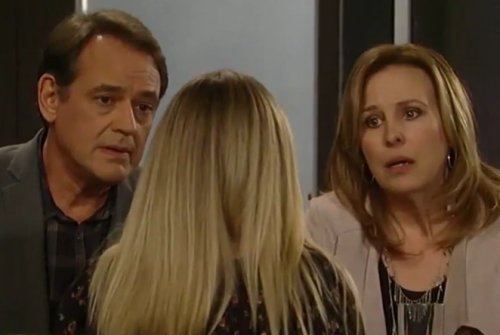 Lulu was rejected by Charlotte Cassadine (Scarlett Fernandez) and then fell in the cake so why is Dante smiling? Lulu is with her mom Laura Spencer (Genie Francis) and Kevin Collins (Jon Lindström) at the Metro Court and spills her guts.

She tells her mom and Kevin that she screwed up and blabbed the bio-mom truth to Charlotte hot on the heels of the Claudette Beaulieu (Bree Williamson) death news. Kevin is a shrink so can give Lulu some advice on what’s going on in Charlotte’s head. 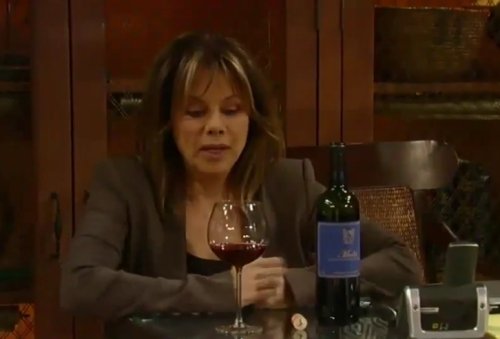 Alexis Davis (Nancy Lee Grahn) stares at a glass of wine and fights the urge to guzzle it. If she downs that wine, she probably won’t stop drinking and will miss her meeting with the bar association about getting her license back.

Will Alexis win this round in her battle with the bottle? GH spoilers indicate she’ll succeed and won’t drink but if she leaves the wine sitting out, Julian Jerome (William deVry) will assume she was boozing. All the pressure has her struggling. 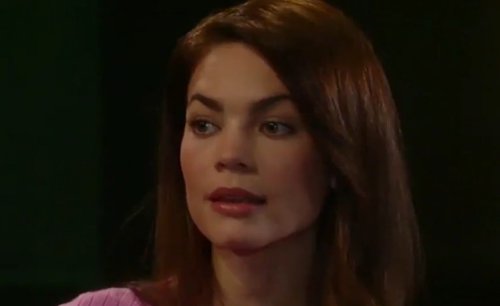 Liz Webber (Rebecca Herbst) tells Dillon Quartermaine (Robert Watkins), Kiki Jerome (Hayley Erin) and Sam Morgan (Kelly Monaco) that she wants to tell the cops everything they know. Will Sam talk her out of it? Sam doesn’t want Alexis implicated.

What none of them know is that Kiki has the answer at hand if she would just open that yellow piece of paper. Franco (Roger Howarth) is locked in Seth Baker’s (Michael Rodrick) storage unit right across from Dillon’s unit. They were so close!

Share your comments below on the action coming for Thursday, January 26 and tune into CDL for the latest General Hospital spoilers and updates.