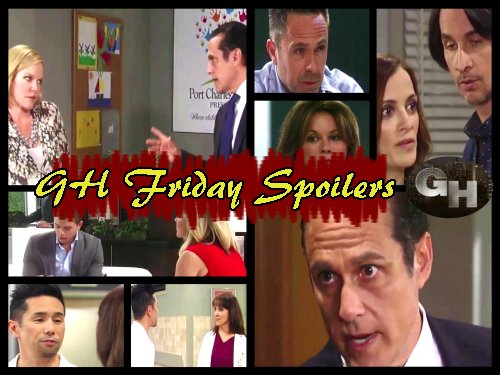 General Hospital spoilers for the cliffhanger new GH episode on Friday, May 5 reveal there’s trouble at General Hospital and it’s all about sneaky lab tech Brad Cooper (Parry Shen) is confident that his plan to take down Dr Hamilton Finn (Michael Easton) is going off without a hitch.

Brad finds Dr Finn’s other primary nemesis, Dr Liesl Obrecht (Kathleen Gati), and tells her something big is about to blow up spectacularly at General Hospital and tells her it’s about her least favorite doctor, Finn. Obrecht is pleased since she’s schemed against Finn many times herself.

What Brad isn’t counting on is that Hayden Barnes (Rebecca Budig) is pretty smart, too, and she smells a rat with this positive blood test. Hayden took Tracy Quartermaine’s (Jane Elliot) words to heart and is taking Finn’s side and Hayden is determined to clear Finn’s name. 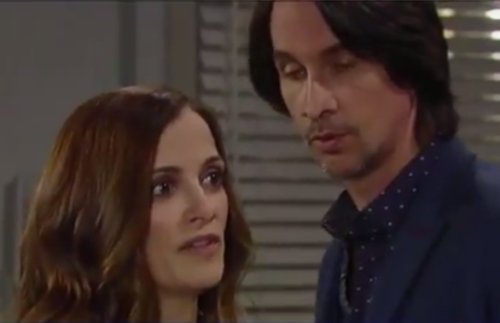 Hayden asks Dr Griffin Munro (Matt Cohen) isn’t there some way to test the results to show that Finn was set up. Griffin also knows Brad is shady and so Hayden, Griffin, and Finn talk to see if they can figure out if the drug test was tampered with. General Hospital spoilers tell us that meanwhile, Brad sows more seeds of doubt.

Over at the holding cells at the PCPD, Alexis Davis (Nancy Lee Grahn) stops by to see Julian Jerome (William deVry). Alexis tells Julian she told Jordan Ashford (Vinessa Antoine) that he didn’t kidnap her. Julian seems morose and says the truth won’t set either of them free.

Visiting Julian is the last place Alexis should be, but the fact is she still loves the man, even giving his tendency for murder and mayhem. Speaking of violence and chaos, General Hospital spoilers reveal that Sonny Corinthos (Maurice Benard) has an unpleasant encounter with Ava Jerome (Maura West). 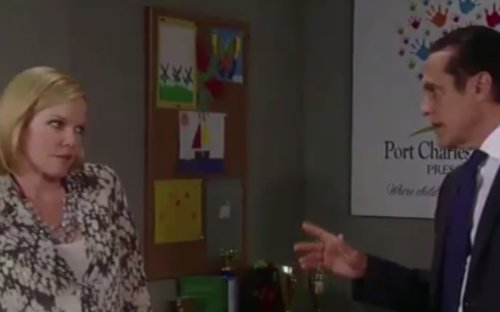 Ava saw Sonny with Martina Morales (Daya Vaidya) at The Haunted Star and she taunts Sonny with the knowledge. Sonny and Martina agreed to keep their tryst a secret from Carly Corinthos (Laura Wright) but with Ava in the loop, that could foul things up.

General Hospital spoilers tease Sonny threatens Ava and tells her to stay out of his divorce or she’ll regret it. Sonny is feeling good about himself since he had a hot night with Martina, bullied Ava, and thinks Diane Miller (Carolyn Hennesy) will kick Carly’s butt in court. Too bad Sonny is wrong about all this.

Carly sits down with Michael Quartermaine (Chad Duell) and she talks about her meeting with Sonny and their mutual lawyers. Carly reminds Michael that she owns all of Sonny’s legitimate assets in Port Charles. Carly makes it clear she’s going to punish Sonny for his recent treachery. 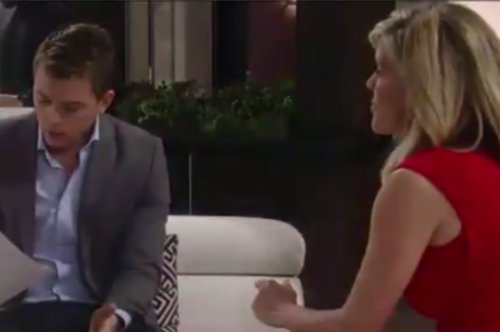 Michael is concerned and asks his mother if she’s really going to go through with this. Carly is insistent. Since Sonny got Jasper “Jax” Jacks (Ingo Rademacher) kicked out of the US, Carly has no sympathy or patience for Sonny and won’t back down. Michael knows a war is brewing.

Share your comments below on these hot spoilers for the Friday, May 5 cliffhanger episode of GH and come back to CDL often for the latest General Hospital spoilers, updates and news.