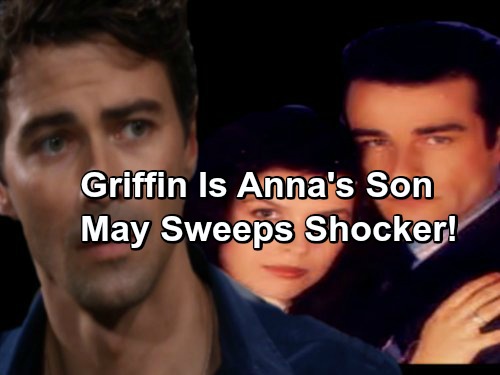 General Hospital (GH) spoilers indicate that Anna Devane (Finola Hughes) will officially be revealed as Griffin Munro’s (Matt Cohen) biological mother and the big shocker will be unveiled for May sweeps. We’ve heard from an inside source that this storyline is on the way and will stun General Hospital fans.

Many viewers have hoped since Griffin was introduced that he would turn out to be Anna and Duke Lavery’s (Ian Buchanan) biological child and now it seems that is where the writers are headed. Don’t despair that Anna lost her baby with Duke in a miscarriage. There’s a history rewrite in the works.

There has been much made lately of how Griffin and Robin Scorpio (Kimberly McCullough) feel like siblings because their parents were in love and it will turn out that they are brother and sister once all this comes out. So how will GH rewrite the past to allow Anna a biological child with Duke? 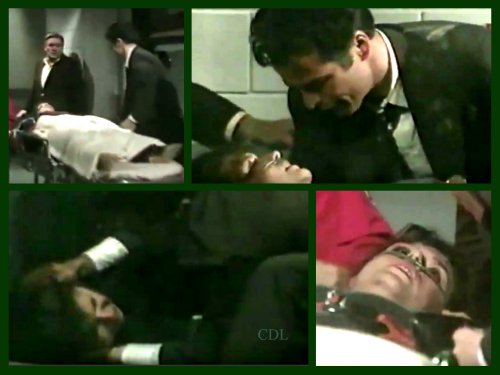 Remember the reason that Anna lost the baby was because Olivia “Liv” Jerome (Tonja Walker) rigged an elevator and Anna was in it when it fell. Just as Liv tried to kill Julian Jerome (William deVry) with the car bomb but missed and killed Morgan Corinthos (Bryan Craig), her elevator scheme failed.

Liv was furious at Duke for choosing Anna and decided to kill him with an elevator plunge in the building where Duke’s club was located. Instead, Anna was caught in her snare and the elevator plummeted but not to Anna’s doom – only to a miscarriage. Anna just retold the tale to Robin at GH.

Why dredge all this back up and make a big deal of Anna missing out on having a child with Duke? It’s all to set things up for the reveal that Griffin is her son that she thought she lost. There will be a wild tale of improbable medical science where the baby was taken from Anna and implanted in a surrogate. 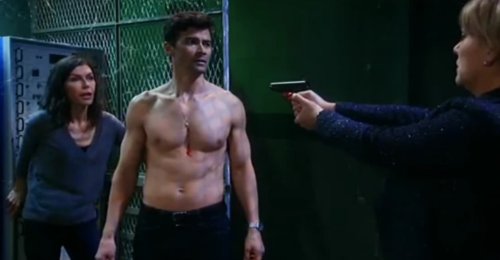 Or there will be another similar explanation that doesn’t quite make sense in the scheme of scientific possibilities. But this is General Hospital, where they resurrect dead children and gunshot victims, so why not this? The plot will be Griffin was carried by a surrogate who knew only that Duke was the father.

The woman that pretended to be Griffin’s mother all those years did raise him and love him, but she had no biological tie to him. As to whose plot this was, clearly it was not Liv’s since she was surprised to learn about Griffin’s existence. Both Duke and Anna had a whole host of enemies.

It could be any number of people responsible for the plot that kept Griffin and Anna apart all of his life but now mother and son have found one another and the General Hospital spoilers source indicates that this will be revealed for May sweeps likely as a result of Anna’s medical storyline with her rare blood cancer. 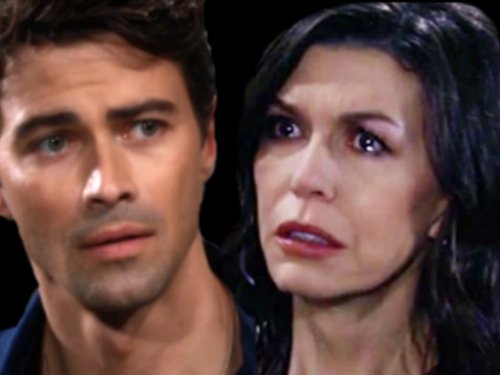 What do you think GH fans? Have you felt that mother-son vibe from Anna and Griffin ever since he came to Port Charles? Are you excited to see the long overdue reveal of Duke’s son and the love of his life so their family can be made whole?

Share your comments below on this coming twist and tune into CDL often for the latest General Hospital spoilers, news and updates.