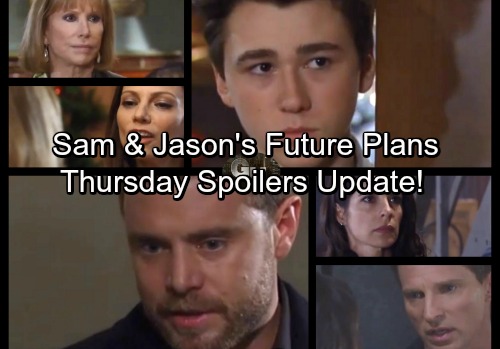 General Hospital (GH) spoilers update for Thursday, December 14, tease that Jason (Steve Burton) and Sam (Kelly Monaco) will share some emotional moments. He’ll let her know that getting home to her was a goal that kept him alive. Jason might’ve given up hope in that clinic if it weren’t for Sam and the kids. Even though Sam’s with Drew (Billy Miller) now, Jason’s just happy he can see her again.

Sam will open up about the intense grief she felt when she first lost Jason. She’ll also talk about moving on with the man now known as Drew. Next, they’ll tackle the Danny (T.K. Weaver) situation. General Hospital spoilers say they’ll come up with a plan to tell Danny the truth. Jason will work with Sam to make sure all of this isn’t too traumatic for their son. 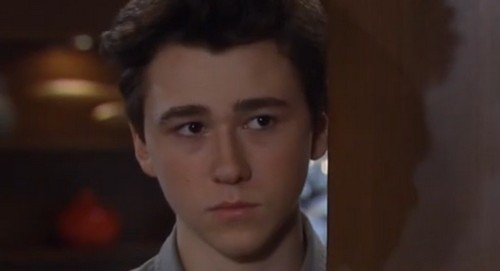 Over with Drew and Oscar (Garren Stitt), they’ll attempt to get better acquainted. Alas, bonding won’t be breeze for this father and son. Oscar and Drew have very different interests, so they may struggle to find common ground.

At the Quartermaine mansion, Kim (Tamara Braun) will explode over Monica’s (Leslie Charleson) kind gesture. It appears Monica will inform Kim of the share redistribution plan and offer to help in other ways if need be. Kim won’t have the expected reaction. She’ll lash out at Monica and contend that she’s perfectly capable of caring for Oscar on her own. Kim may snap that she’s not a charity case.

Across town, Nina (Michelle Stafford) will spot Lulu (Emme Rylan) rummaging around Wyndemere. She’ll confront Lulu about her apparent digging, so some tension’s brewing. Nevertheless, Lulu will be determined to get a hot scoop for Peter (Wes Ramsey). Some rigged election drama will eventually make headlines on GH.

Elsewhere, Cassandra (Jessica Tuck) will push Valentin’s (James Patrick Stuart) buttons. He’ll insist that she needs to steer clear of his home and family. Valentin has no intention of letting Cassandra destroy the good thing he has going with Nina and Charlotte (Scarlett Fernandez). General Hospital spoilers say Cassandra and Valentin’s battle will lead to some shockers. 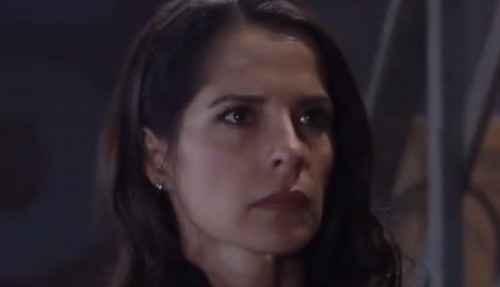 While Valentin delivers a threat, Anna (Finola Hughes) will try to bargain with Finn (Michael Easton). Since he’s agitated over moving in, Anna will suggest he can leave just as soon as he declines Cassandra’s offer. Finn will refuse to back down, so these two are going to be stuck with each other.

It seems they won’t mind too much in the end. Finn and Anna are obviously moving toward a sizzling romance. Are you rooting for them as a couple? We’ll give you updates as other GH news comes in. Stick with the ABC soap and don’t forget to check CDL often for the latest General Hospital spoilers, updates and news.