General Hospital Spoilers: Tracy Gets Real on Daddy Issues – Bonds With Laura in Turkey Before Luke Shows Up [PROMO] 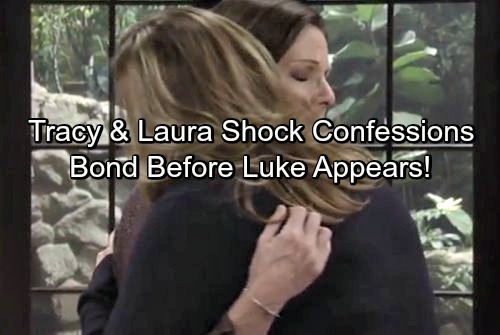 General Hospital (GH) spoilers from a new ABC GH video promo show Tracy Quartermaine (Jane Elliot) and Laura Spencer (Genie Francis) are in Turkey at the monastery on the quest to find the $20 million Q family painting that once belonged to Edward Quartermaine.

The two ex-wives of Luke Spencer (Anthony Geary) will do some bonding while on their journey to find the painting Tracy learned about from Lord Larry Ashton (Oliver Muirhead). Also, on next week’s new episodes (April 3 – April 7), Larry shows up at the ELQ offices looking to make trouble for Tracy.

When Tracy and Laura make their way to the monastery, they take the time to do some bonding and the subject of Tracy’s dad Edward comes up. Laura reassures Tracy that Edward considered her his “heir apparent” and the one that would fill his shoes one day. 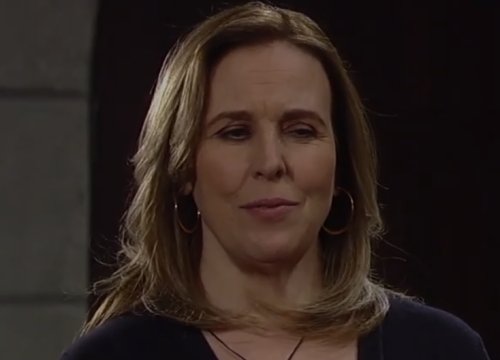 General Hospital spoilers leak that Tracy isn’t so certain and admits to Laura that Edward only told her that she disappointed him. Tracy is clearly still dealing with daddy issues. Tracy shares that her father had really high standards and she could never live up to them. Tracy still seems hurt about all this.

Tracy reminds Laura that her dad Edward disinherited her twice but Laura has a different take on the issue. Laura has a theory that Edward was scared of Tracy which makes Tracy laugh. Laura saw a different side of Edward and says the gruff old man worse his heart on his sleeve.

Laura offers Tracy a different perspective and says her dad saw her as smart and with a lot of potential. Tracy doesn’t buy it and says her dad heaped abuse on her – of course, we know from General Hospital history it’s not physical abuse, but Tracy is probably thinking about emotional abuse. 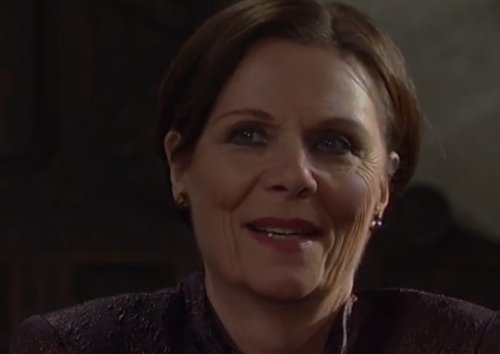 Laura reassures Tracy that Edward loved her and encourages her to admit she loved him too. Laura will also tell Tracy that Edward probably didn’t say I love you that much but when he did, he really meant the words. Most shocking of all is that Tracy and Laura hug it out like old friends.

There are some General Hospital spoilers and rumors swirling that Luke could be back as part of this storyline since he was spotted on the ABC soap set recently. The happiest ending for Tracy would be if Luke and his Spanky Buns ran off to enjoy the rest of their live together.

Tracy and Laura look like they’re off to a good start in Turkey when they rapidly locate the monastery on Monday’s General Hospital, April 3. Tracy is determined and says they won’t leave without the painting but what lies inside the monastery promises to shake things up and this adventure won’t be as easy as it seems. 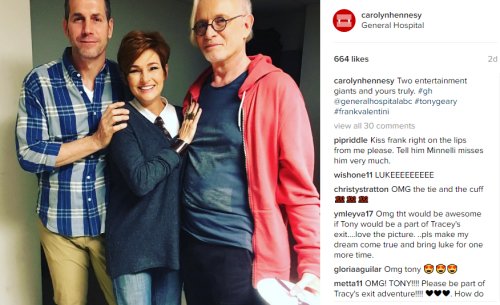 There’s also the likelihood that Lord Larry will interfere with Tracy’s plans and try to short circuit her chance for a happy future with her true love Luke. On Monday’s GH, Ned Ashton (Wally Kurth) shows up to ELQ hoping to shut down Larry’s troublemaking before his dad does any damage to his mom.

There is good stuff coming for Tracy’s final General Hospital adventure and Laura will be there with her every step of the way. GH fans should be excited about the legacy mentions next week of Edward Q and a good old-fashioned adventure like we haven’t seen in a long time on the ABC soap.

Share your comments below on Tracy and Laura’s big bonding moment, Tracy’s lingering daddy issues with Edward, and the big Quartermaine adventure. Be sure to tune into CDL often for the latest General Hospital spoilers, news and updates.