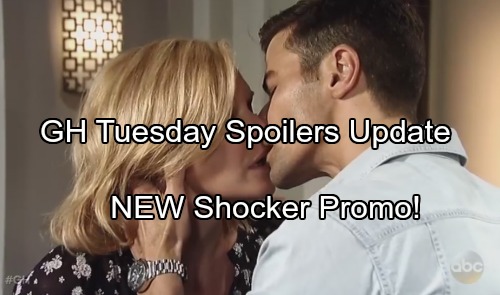 General Hospital (GH) spoilers for Tuesday, August 15, tease that Michael (Chad Duell) will get some news that leaves him on edge. He’ll find out that the police want to question Nelle (Chloe Lanier) about Sonny’s (Maurice Benard) shooting. Michael knows his father is caught in a complex situation, but Sonny refuses to disclose details.

To make matters worse, Nelle is trying to keep the truth about the bullet casing under wraps. Josslyn (Eden McCoy) will freak if Nelle spills too much. Michael isn’t a big fan of lying, but he doesn’t want to betray anyone either. He may have a hard time giving Nelle advice on her statement. 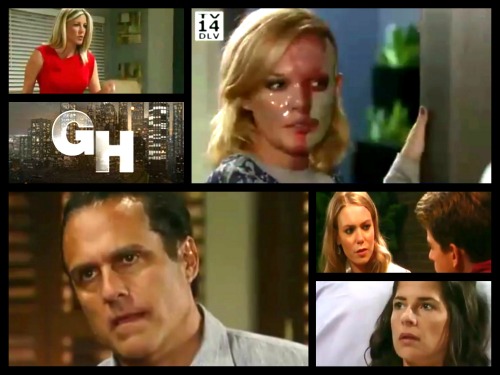 Nevertheless, Nelle will do her best to handle whatever Dante (Dominic Zamprogna) throws at her. She’ll try to avoid saying anything that might get Josslyn (Eden McCoy) and Oscar (Garren Stitt) in trouble, but we’ll see how that plan works out. Elsewhere, Oscar will have some fun info to pass along. He’ll fill Joss in on a concert that’s happening in the park.

Josslyn will grin as Oscar invites her to the show. General Hospital spoilers say they’ll enjoy their date night as well as many more to come. Across town, Sam (Kelly Monaco) will grow fearful in her hospital room. Carly will march in and shout that she knows what Sam did to Sonny. 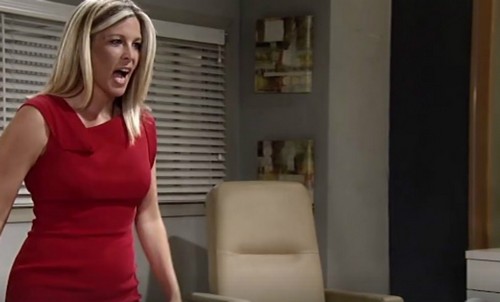 However, Sam could easily be having a nightmare about Carly’s potential reaction. Even if this confrontation is real, Carly could blow her top over something else she thinks she’s figured out. Regardless, Carly will face another shocker next week.

At the police station, Jason (Billy Miller) will tackle a problem. He just heard the cops talking about the third gun being placed in the evidence room. General Hospital spoilers reveal that Jason will take action to protect Sam. He’ll seek a favor from a man who possibly owes him. 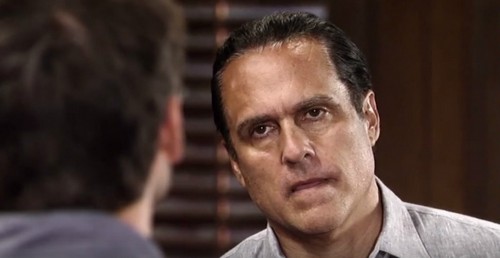 At home, Dante will tell Sonny that they found the gun used to shoot him. He’ll contend that if there’s anything Sonny would like to tell him about it, this is his chance. Dante will toss around some threats, but it seems Sonny will remain tight-lipped about Sam’s involvement.

Other GH spoilers say Griffin (Matt Cohen) will stun Ava (Maura West) when he shows up for a visit. They’ll take a few minutes to bond, but Alexis (Nancy Lee Grahn) won’t be as cordial when she spots Parker (Ashley Jones). As Kristina (Lexi Ainsworth) looks on, Alexis will rant about Parker’s temporary position at the university.

Kristina will rush to Parker’s defense, which should set up some nice moments for the former flames pretty soon. We’ll give you updates as other GH news comes in. Stay tuned to the ABC soap and don’t forget to check CDL often for the latest General Hospital spoilers, updates and news.  Sign up for our FREE newsletter by clicking here and get the latest breaking soap news!