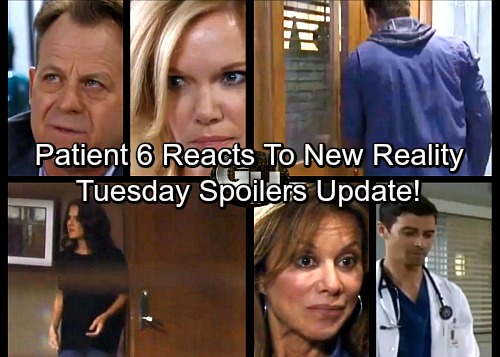 General Hospital (GH) spoilers updates for Tuesday, October 17, tease that Patient Six (Steve Burton) will plan to make a bold move. He just spotted Sam (Kelly Monaco), so he’ll decide to go inside and reunite with her. Sadly, the big moment will have to wait.

Once current Jason (Billy Miller) walks through the door, Patient Six will believe he missed his chance. After five years, part of him must’ve expected that Sam would find someone new. However, he certainly didn’t think she’d be with another version of himself! Of course, since post-surgery Jason looks nothing like Patient Six, Steve Burton’s character has no reason to think that Sam thinks she is in fact with him, and not with a twin brother he doesn’t know he has. 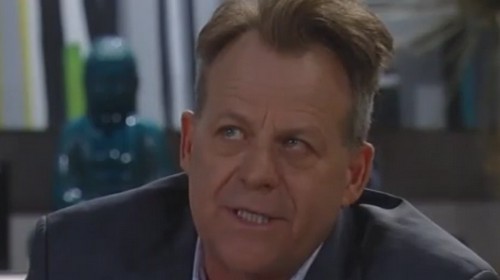 Classic Jason will remain out of the loop on the details for now. Since he’s outside looking in the window, he’ll just watch the happy couple for a minute and head on his way. While Patient Six tries to figure out what’s next, Scott (Kin Shriner) will have some questions for Ava (Maura West). He’ll wonder if someone stayed over with her last night.

Ava will dance around the truth and Scott’s guessing game will only result in incorrect speculation. It seems Ava and Griffin’s (Matt Cohen) secret is safe for the time being. Of course, it may not have to be a secret for much longer. General Hospital spoilers state that Griffin will deliver his choice on Tuesday’s episode. He’ll let the priest know whether he’ll be returning to his parish or moving on. 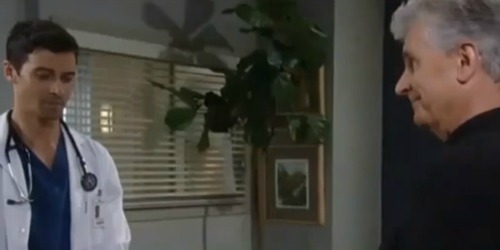 Griffin has devoted so much of his life to the priesthood, but can he really have sex with Ava one evening and just return to his vocation the next day? It’s tough to believe Griffin would think that was the right call. Griffin’s doubts should affect his decision, so GH fans will be anxious to hear his final answer.

Across town, Franco (Roger Howarth) will worry that he’s going to screw everything up as usual. He’ll fill Liz (Rebecca Herbst) in on his fears and she’ll try to calm him down. Still, Franco will face uncertainty about Drew’s death and the drama all this could bring.

Elsewhere, General Hospital spoilers say Alexis (Nancy Lee Grahn) will have concerns about Kristina (Lexi Ainsworth). She’ll still feel like her daughter’s throwing her life away, but she’ll just have to let it go. On the bright side, Alexis will get some great news. She’ll get updates that leave her hopeful, so maybe she’ll hear about Julian’s good deed.

Alexis should approve of the strings Julian pulled to help Jason and Sam get their media company. A “Julexis” reunion should be coming once Julian gains his freedom! We’ll keep you posted as other GH info emerges. Stick with the ABC soap and don’t forget to check CDL often for the latest General Hospital spoilers, updates and news.