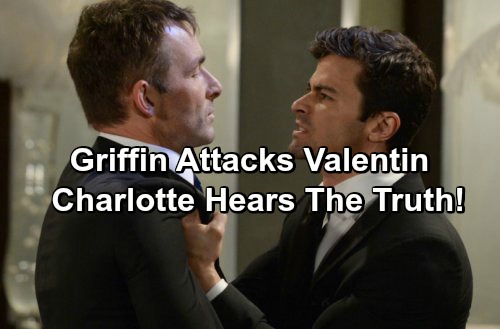 General Hospital (GH) spoilers are out of control for the wedding of Nathan West (Ryan Paevey) and Maxie Jones (Kirsten Storms) set for January 17. The big day was set for Monday, January 16 but the pre-empted episode on Friday, January 6 pushed it out a day. Brace yourselves – it’s going to be a wild ride.

Instead of using the church again that Nina Clay (Michelle Stafford) and Valentin Cassadine (James Stuart) hijacked for their quickie wedding, this time the wedding is set for the MetroCourt hotel and while all GH spoilers point to wedded bliss for Nathan and Maxie, there’s a storm brewing. 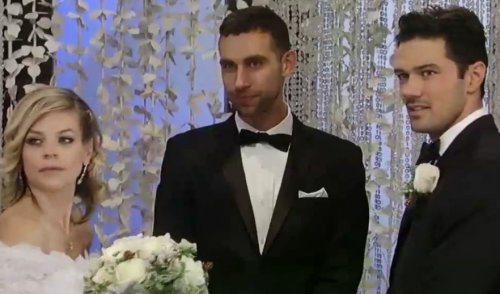 Blake Berris makes his debut as recast Spinelli on Monday, January 16 and he’ll step up for Maxie and will officiate their wedding on Tuesday like he did for Sam Morgan (Kelly Monaco) and Jason Morgan (Billy Miller) recently. Spinelli is only in town a few days. 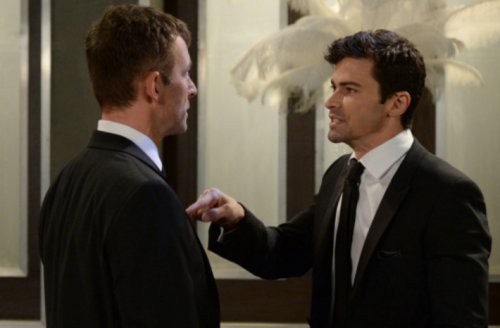 Nathan and Maxie are back from their search for Claudette Bolland (Bree Wiliamson) and what they found frees up Nathan to marry. Maybe they got her to sign the papers or maybe they confirmed she’s dead. Maybe it’s the latter since Griffin Munro (Matt Cohen) is furious. 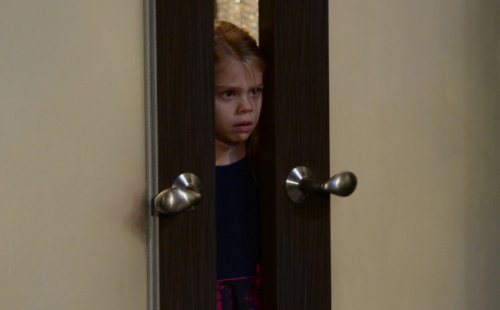 Griffin attacks Valentin at the wedding venue and things get ugly between them. Griffin hurls accusations of harming Claudette at Valentin who, as always, denies everything. Will Charlotte Cassadine (Scarlett Fernandez) overhear what Griffin said about her mama? 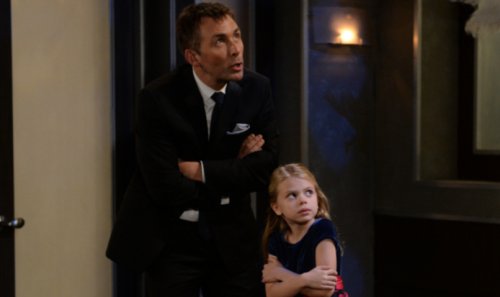 GH spoilers pictures from ABC show Charlotte eavesdropping through a cracked door as the two men fight. Later, Valentin comforts his daughter on the balcony of the hotel as they look skyward. Are they looking up to heaven to talk to her dead non-mother Claudette? 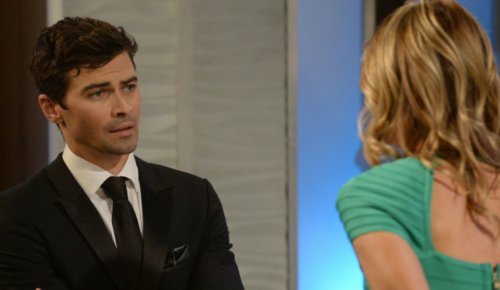 Griffin also has a serious talk with Nina on the big day and warns her about the man she married. Other big news are scenes between Charlotte and Lulu Spencer (Emme Rylan). This week, Lulu confronts Valentin and insists they tell Charlotte that she’s her biological mother. 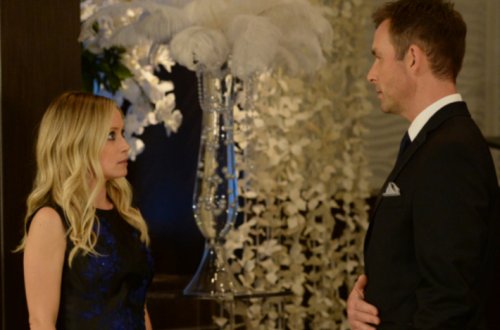 Then at the wedding, Lulu finds Charlotte pouting in a linen closet and sits down for a serious talk with her daughter among the MetroCourt towel stash to finally try and break through all the barriers and bond with her child. 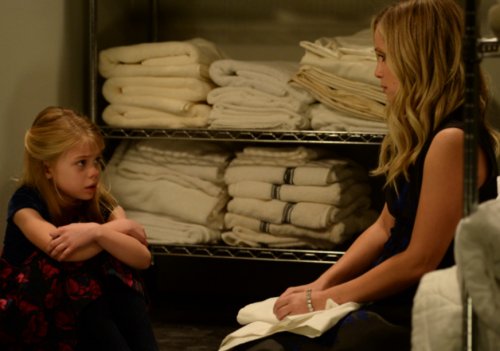 Also at the wedding, Valentin has more confrontations coming his way. After the attack by Griffin, Lulu has a serious talk with her Greek baby daddy about their shared daughter. Things won’t be pretty. Anna Devane (Finola Hughes) also gets in Valentin’s face. 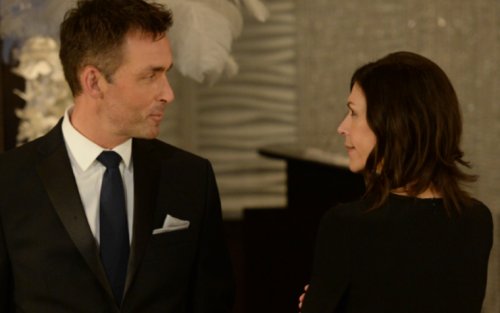 She has recovered more memories of her past with Valentin and it is not what she thinks. They are not old rivals at all, but something far deeper and more intense that will rock her to her core. Valentin wants her to remember how she hurt him but it’s not there yet. 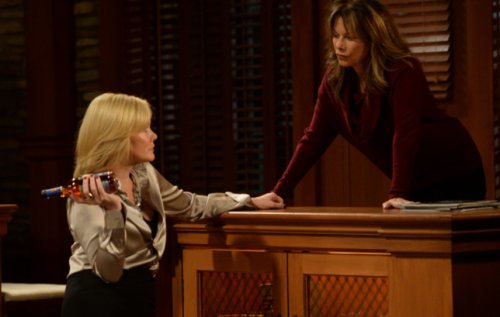 The same day, there is Jerome family drama and a love triangle sparking. Ava Jerome (Maura West) shows up to the home of Alexis Davis (Nancy Grahn) to talk to her and Julian Jerome (William deVry). Although Ava knows Alexis has a drinking problem, she brings some hooch.

Ava loves to stir the pot. This is a few days after Alexis has her first meeting at Alcoholic’s Anonymous and is struggling to hang onto newfound sobriety. Julian isn’t pleased that Ava is taunting and tempting Alexis. 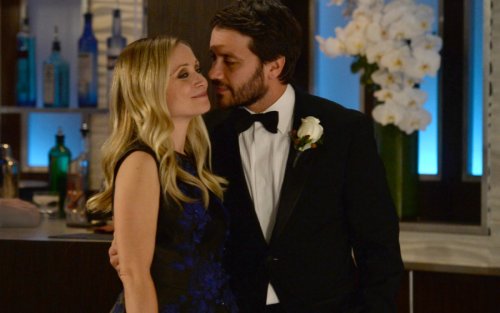 Also, Jordan Ashford (Vinessa Antoine) and Andre Maddox (Anthony Montgomery) just said the “L” word but things are about to blow up between them. Jordan goes against Andre’s wishes and she and Curtis Ashford (Donnell Turner) find themselves in very close quarters.

Curtis rubs Andre the wrong way when he runs into the couple and when the opportunity presents itself for Curtis to spend the night with Jordan, he won’t hesitate since he doesn’t like her doctor boyfriend one bit. This sets off their explosive love triangle. 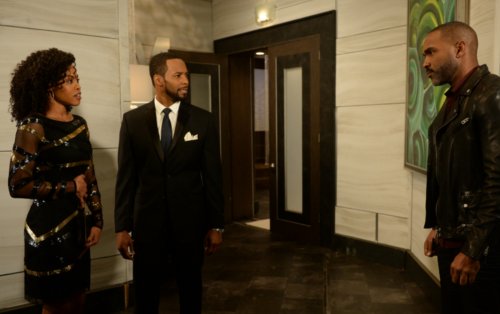 For GH fans excited for the Naxie wedding at long last, be ready for it on Tuesday, January 17 and all the big Port Charles drama that comes with it. Share your comments below and tune into CDL often for the latest General Hospital spoilers.