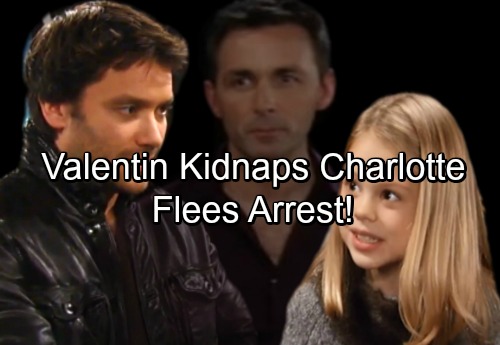 General Hospital (GH) spoilers tease that Valentin’s (James Patrick Stuart) actions are coming back to haunt him. He’s about to face severe consequences for selling the Chimera Project to Helena (Constance Towers). Valentin has been doing everything in his power to put his family back together, but this unexpected setback will leave him scrambling to figure out another plan.

Anna (Finola Hughes) just filled Valentin in on the news of his impending arrest. She held his hand and they shared a tender moment. Nina (Michelle Stafford) certainly wouldn’t be happy if she knew they were getting so cozy. She’s already feeling blindsided by the Chimera chaos.

Nina never seemed to care about Valentin’s shady past before, but things are shifting. She can see that Valentin has put lives in danger, including her own. Of course, Charlotte’s (Scarlett Fernandez) life was also at risk. If Jake (Hudson West) had unleashed that biotoxin, Charlotte would’ve been a goner.

Valentin may suspect that there’s not much hope for his marriage, but he certainly won’t give up on his daughter. He’ll be desperate to stay by Charlotte’s side and that’s going to prompt some bold moves. General Hospital spoilers reveal that Valentin will eventually kidnap Charlotte. He’ll take her on the run to avoid arrest and live in peace. 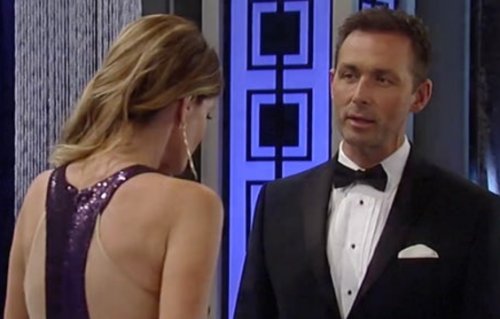 Will Nina reach out to Valentin and talk some sense into him? Could she be in on this scheme instead? Whatever the case, all of this should blow up in Valentin’s face. Once he gets caught, the court will undoubtedly give Lulu (Emme Rylan) custody of Charlotte.

Still, Valentin will should manage to wiggle out of trouble sooner or later. If he lands behind bars, there’s no way GH will leave the complex Cassadine there for too long. Once he’s released, he’ll have to watch little Charlotte bond with Lulu and even Dante (Dominic Zamprogna).

Charlotte loves her papa, but she’ll probably be able to tell that there’s some darkness within him. She may become afraid of her father. That would be incredibly tough Valentin to cope with. As Lulu connects with Dante, Valentin may feel like he’s being replaced.

On the bright side, this could be what repairs the damage between Valentin and Nina. She could take pity on him after his whole world crumbles. Will they put their Anna and Alex (Finola Hughes) issues behind them? We’ll give you updates as other General Hospital details emerge. Stay tuned to ABC’s GH and don’t forget to check CDL often for the latest General Hospital spoilers, updates and news.