General Hospital (GH) spoilers explore the truth about Charlotte’s father and mother since GH fans are wondering where this paternal drama is going. Charlotte Cassadine (Scarlett Fernandez) has had more parents than any kid can imagine, they are falling all over her.

Whether it be Valentin Cassadine (James Patrick Stuart), Griffin Munro (Matt Cohen) or Nathan West (Ryan Peavey) along with Claudette Beaulieu (Bree Williamson) or Lulu Falconeri (Emme Rylan). How can Charlotte even keep track of who to call Mommy or Daddy? The poor kid is definitely going to have Mommy/Daddy issues. 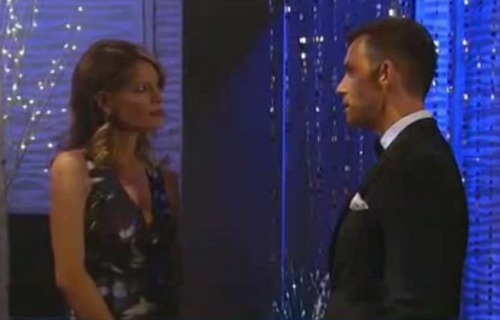 General Hospital spoilers suggest that while playing at Wyndemere, suddenly Charlotte is not feeling well. After a few hours of not improving, Nina Reeves (Michelle Stafford) takes her temperature. It’s not high so Nina and Charlotte just sit quietly and play a game. But Charlotte seems to lose interest and wants to go to bed.

With that request, Nina and Valentin take her temperature again and this time it is high enough for concern. They try the usual remedies for bringing the down the fever but they don’t work. Nina and Valentin become alarmed and rush Charlotte to GH. 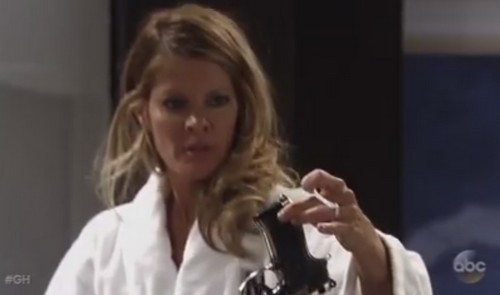 Charlotte checks in and the doctors rush her to ICU and insert IV’s, monitor blood pressure and heart, and starts running tests but can’t find anything definitive. They’re checking out every possibility but are still confused. Now the dilemma…. The doctors at General Hospital are considering a congenital illness and want to check Valentin’s DNA for any abnormalities.

Of course they would ask Valentin since they are assuming that he is Charlotte’s father because they have already questioned Nina and know she is not the biological mother. Nevertheless, Valentin comes forward and objects to the invasion of privacy but the doctors don’t understand his reluctance since he had an allegedly legitimate DNA test that proved he was Charlotte’s dad. 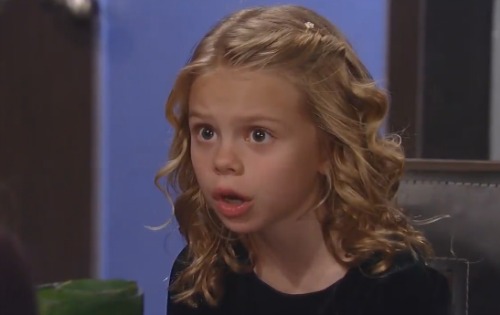 He insists that genetics could not be the problem but GH doctors need to rule that out before the can go any further. Nina is appalled at Valentin’s objection and voices her opinion. Valentin then rages at Nina to shut up and she is shocked at his outburst.

So now, where does that leave Valentin? Surprisingly, Valentin is not a match, no kidding – the hardened criminal faked his earlier DNA match with a false blood sample from the real dad. So are all the possible Dads tested for matching DNA? Does Valentin insist on not having any genetic testing on anyone? Does Valentin give in and admit who the real dad is to save a life of a child he loves? Does he let Charlotte die to save his reputation and his plan?