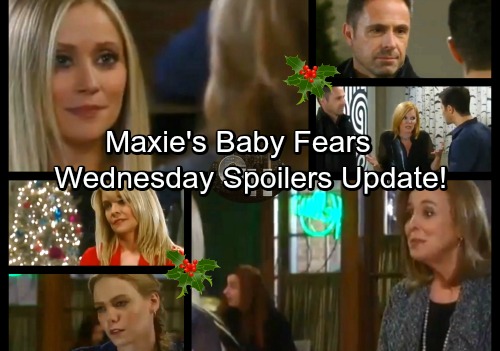 General Hospital (GH) spoilers update for Wednesday, December 20, tease that Ava (Maura West) will push for peace. Griffin (Matt Cohen) and Julian (William deVry) are practically on the brink of a brawl, but Ava will do her best to prevent it. She’ll think there must be a solution to this hostility problem.

Griffin just won’t see how he’s supposed to be kind to his father’s murderer. He’ll believe it’s wrong for Ava to expect him to tolerate Julian’s presence. Of course, it’s not Ava’s fault that Julian dropped in unexpectedly. It’d be better if he’d just make himself scarce, but Julian always seems to pop up out of nowhere. 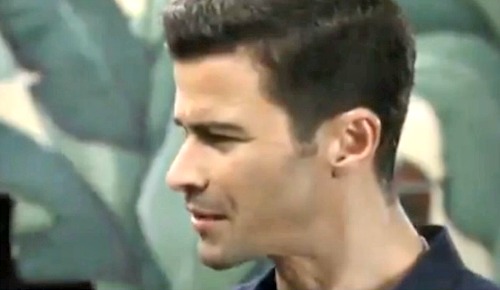 Luckily, Griffin will find a way to deal with his anger issues pretty soon. He’s never going to like Julian, but he’ll realize that toleration is indeed possible. Meanwhile, Michael (Chad Duell) will lash out at Nelle (Chloe Lanier). When she continues to voice her demands, Michael will insist that he’s not caving in. He’ll refuse to let Nelle mooch, but a lucky break’s headed her way.

Will Nelle get a job offer on Wednesday? Nelle is a jack of all trades, so perhaps Ava could bring her on board at the art gallery. At Julian’s pub, Alexis (Nancy Lee Grahn) will wonder what Ned’s (Wally Kurth) doing there. He’ll share his reason and possibly chat with Alexis about all the extra Quartermaines. Ned’s worried about the future of ELQ, but he’ll finally start to calm down soon. 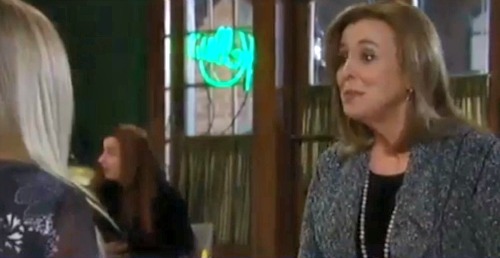 Other General Hospital spoilers say Kevin (Jon Lindstrom) and Laura (Genie Francis) will seek help from another GH couple. Dante (Dominic Zamprogna) will get a visit from Kevin in Wednesday’s episode. He’ll learn that his assistance is needed with the wedding. Lulu (Emme Rylan) will also grant Laura’s request regarding their upcoming nuptials. This ceremony is sure to be a fun event.

Across town, Maxie (Kirsten Storms) will turn to Felicia (Kristina Wagner) for guidance. She’ll likely open up about some baby fears as well as Nathan’s (Ryan Paevey) paternity issues. Maxie will be feeling overwhelmed, but Felicia will try to put her mind at ease. 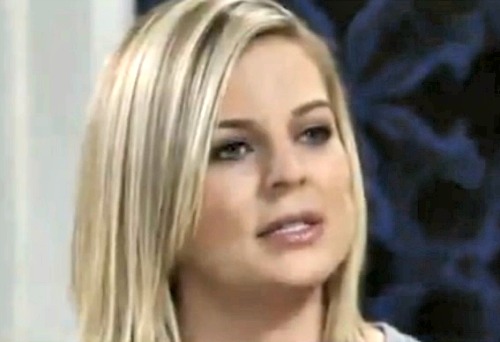 Elsewhere, Dr. Obrecht (Kathleen Gati) will face Nathan’s (Ryan Paevey) questions. He’ll point out that something’s not right about the medical records she gave him. Nathan will urge a fearful Dr. O to tell him what she’s hiding.

Dr. Obrecht will hope to keep a lid on her secret, but she’ll end up offering a huge clue next week. We’ll give you updates as other General Hospital news comes in. Stick with ABC’s GH and don’t forget to check CDL often for the latest General Hospital spoilers, updates and news.