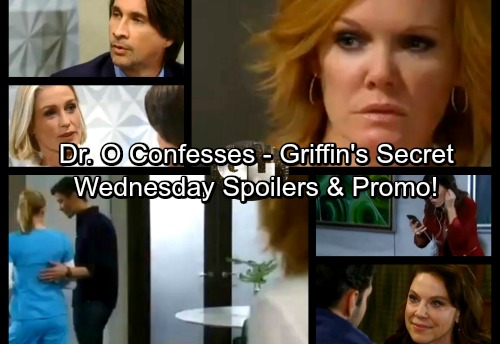 General Hospital (GH) spoilers for Wednesday, December 27, tease that Nathan (Ryan Paevey) will sit down for a chat with Dr. Obrecht (Kathleen Gati). She’ll probably believe the phony medical records were enough to satisfy her son. However, Nathan still has strong suspicions and he intends to get to the bottom of them. He’ll ask Dr. O what she’s not telling him, so she’ll decide to make an admission.

Dr. Obrecht will come clean about her deception, but she may not deliver the answers Nathan’s seeking. If Dr. O just blurted out who Nathan’s true father is, it wouldn’t be very exciting! Instead, Nathan will have to work a little harder to find out what he wants to know. 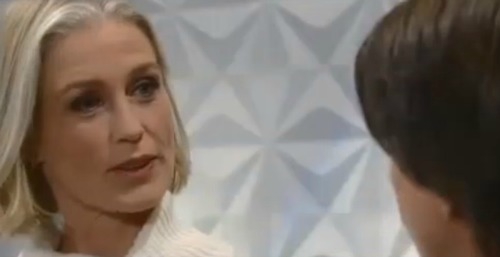 Meanwhile, Maxie (Kirsten Storms) will be hard at work as well. She’ll corner Amy (Risa Dorken) at GH and insist that they need to put Nathan’s mind at ease. Maxie stole a lock of Valentin’s (James Patrick Stuart) hair, so she undoubtedly wants a DNA test done. If there are no red flags, maybe Maxie thinks that will comfort Nathan about their baby’s risks for inherited diseases.

Of course, Nathan has no way of knowing if Victor (Thaao Penghlis) is his biological father. He only knows that the records given to him were most likely bogus. Maxie’s efforts may not help if Nathan doesn’t have Cassadine blood. There are still plenty of unknowns here. 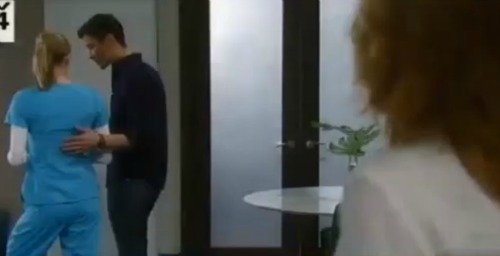 Elsewhere, Griffin (Matt Cohen) and Kiki (Haley Erin) will keep a secret from Ava (Maura West). As Ava eavesdrops nearby, Griffin will suggest that she can’t know yet. Has Griffin reached out to someone about fixing the rest of Ava’s face? If it can be done safely, that would certainly be a great belated Christmas gift!

Other General Hospital spoilers say Laura (Genie Francis) will talk to Kevin (Jon Lindstrom) about her last name. She’ll have to decide whether she’s going take Kevin’s or keep her own. At the station, Lulu (Emme Rylan) will ask Jordan (Vinessa Antoine) and Dante (Dominic Zamprogna) how long until Mayor Lomax (Shari Belanfonte) is forced out of office. She’ll be anxious to get the rest of her scoop. 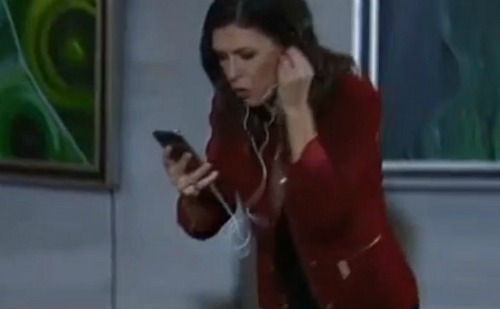 With any luck, Lulu can keep impressing Peter (Wes Ramsey) and make a name for herself in the world of journalism. Over at Finn (Michael Easton) and Cassandra’s (Jessica Tuck) meeting, there’ll be a moment of tension. Cassandra will contend that Finn isn’t the man she thought he was.

Anna (Finola Hughes) will freak when she the bug she orders Finn to plant cuts out. She’ll temporarily lose contact, but Finn’s got this. They’ll achieve a small win on Thursday, so their plan is going well for now.

Nevertheless, Anna and Finn will find themselves in hot water down the road. Can they escape the danger that’s brewing? We’ll give you updates as other General Hospital news comes in. Stick with ABC’s GH and don’t forget to check CDL often for the latest General Hospital spoilers, updates and news.