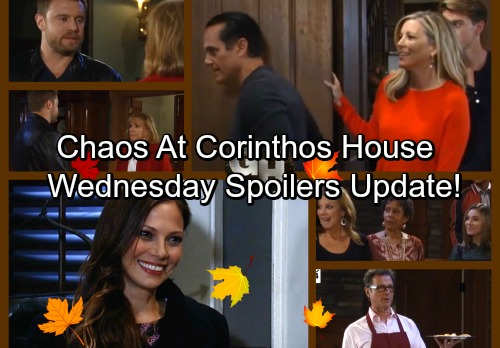 General Hospital (GH) spoilers update for Wednesday, November 22, tease that Tamara Braun (ex-Carly) will finally make her debut as Dr. Kim Nero. Sonny (Maurice Benard), Carly (Laura Wright), Michael (Chad Duell) and Josslyn (Eden McCoy) will all gather around to greet her. Oscar (Garren Stitt) will be nervous, but he should be pleased by how well everyone gets along – at least at first.

Of course, plenty of drama’s looming. Kim will find out about Sonny’s profession sooner or later. The security outside could be a tipoff that something’s up, but that may be a confrontation for another day. It sounds like Kim could have enough on her plate in Wednesday’s GH episode. 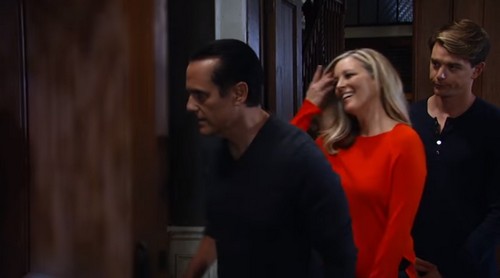 Before we get to that, we should talk about Patient Six (Steve Burton) and Sam’s (Kelly Monaco) chat. He won’t want to alienate Sam by coming on too strong. P6 hasn’t been pushy at all, but his presence alone causes some issues for Sam.

There’s no way P6 can change that as long as he stays in Port Charles. He has every right to stick around with the people he loves. Patient Six will try to figure out how he can help Sam cope. He’ll insist that she should just tell him what to do. 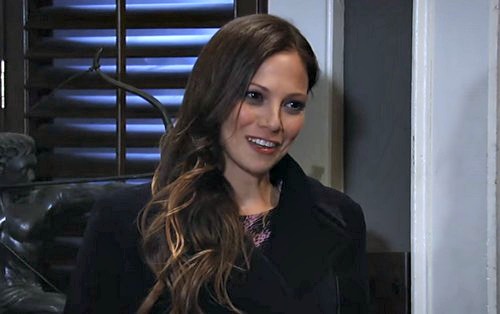 Once they wrap up their conversation, P6 will end up back at Sonny’s place. That brings us to the Kim chaos. It appears she’ll be stunned by the sight of her ex and Oscar’s father. Patient Six must have the right face, but is he the right guy? Kim will have to get to the bottom of that eventually.

Other General Hospital spoilers say Jason (Billy Miller) will reach out to Monica (Leslie Charleson) for support. After facing Robin’s (Kimberly McCullough) disbelief, he really needs to hear Monica say he’s Jason again. Can Monica still do that now that she’s met Patient Six? Regardless, it seems Monica will be able to reassure Jason. They’ll have an honest discussion that leads to a warm embrace. 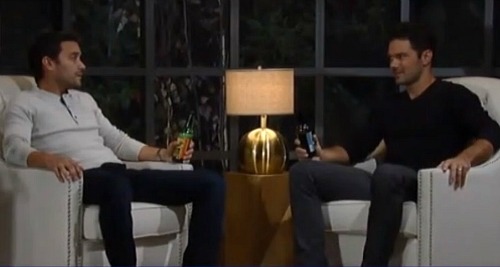 Elsewhere, Nathan (Ryan Paevey) will wonder what’s up with Maxie (Kirsten Storms). He’ll ask Dante (Dominic Zamprogna) if Maxie seems off to him, too. While they ponder Maxie’s strange behavior, Lulu (Emme Rylan) will want the scoop from Max herself. She’ll demand updates on Maxie’s pregnancy test results, so we’ll see if Lulu gets the big news she’s waiting for.

Alexis (Nancy Lee Grahn) may have Julian (William deVry) on her mind, but she’ll try to focus on Thanksgiving dinner with her family and friends. She’ll spend some time with Molly (Haley Pullos), TJ (Tequan Richmond) and Stella (Vernee Watson) on Wednesday. Dr. Bensch (James DePaiva) will also show up to do some cooking and rev up the party.

It looks like some fun scenes are in store. We’ll keep you posted as other General Hospital details emerge. Stick with ABC’s GH and don’t forget to check CDL often for the latest General Hospital spoilers, updates and news.