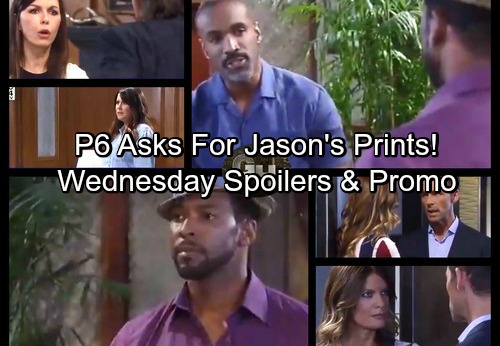 General Hospital (GH) spoilers for Wednesday, November 29, tease that Nathan (Ryan Paevey) and Maxie (Kristen Storms) will pass along some exciting news. Maxie already filled Nathan in on her big secret, but it’s time to spread the word. Felicia (Kristina Wagner), Mac (John J. York) and Dr. Obrecht (Kathleen Gati) will all be thrilled over the baby announcement.

Andre (Anthony Montgomery) won’t be as happy about his huge surprise. When Curtis (Donnell Turner) confronts him, Andre will look pretty nervous. General Hospital spoilers say Curtis may not have much luck, but Jordan (Vinessa Antoine) will definitely make progress with Andre. Her heartfelt plea will lead to a major confession.

Meanwhile, Robin (Kimberly McCullough) will walk in on Anna (Finola Hughes) and Finn’s (Michael Easton) confrontation. They’ll argue about Finn’s desire to continue helping Anna, but they may try to leave Robin out of it. It’s clear that Anna and Finn aren’t on the same page, but they’ll have to find a solution if they want to keep Cassandra (Jessica Tuck) in the dark.

Speaking of keeping Cassandra in the dark, that’ll be Valentin’s (James Patrick Stuart) goal as well. He’ll grow concerned about Nina’s (Michelle Stafford) phony friendship with Cassandra. Valentin will urge Nina to find a way out of this, but it’s doubtful that she’ll back off. Nina thinks she’s so smooth, but Cassandra may be a worthy GH adversary. 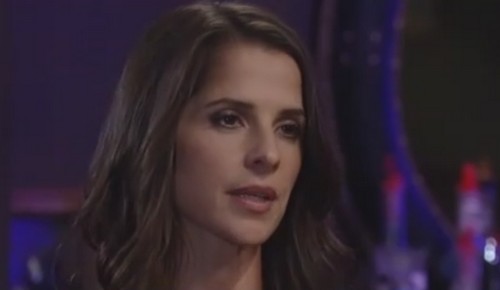 Other General Hospital spoilers say Sam (Kelly Monaco) will have a chat with Lulu (Emme Rylan). She’ll admit there a lot of things out of focus right now. Sam doesn’t have clarity on which twin is the real Jason Morgan, but she knows she loves her husband. She’ll concentrate on that as Patient Six (Steve Burton) and current Jason (Billy Miller) keep up the fight for solid proof.

Sam will share some heated moments with Nina at some point. Nina will push Sam’s buttons again, so maybe she’ll scold her for ignoring the connection she feels with P6. After Sam and Nina’s last conversation, Sam reflected on some warm memories. It’s obvious that Sam is drawn to Patient Six, but she doesn’t want to let herself go there. The thought of hurting current Jason is just too crushing. 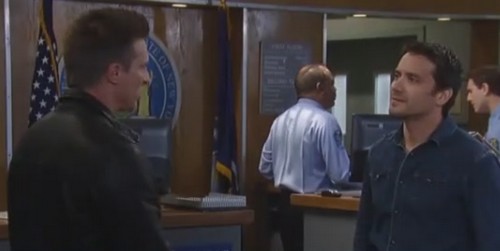 At the police station, Patient Six will seek assistance from Dante (Dominic Zamprogna). He’ll hope to get one step closer to the twin truth and Dante may have a way to help him. It looks like they may shift their investigation to finding Drew’s fingerprints.

Some great scenes are coming up. We’ll give you updates as other GH details emerge. Stick with the ABC soap and don’t forget to check CDL often for the latest General Hospital spoilers, updates and news.