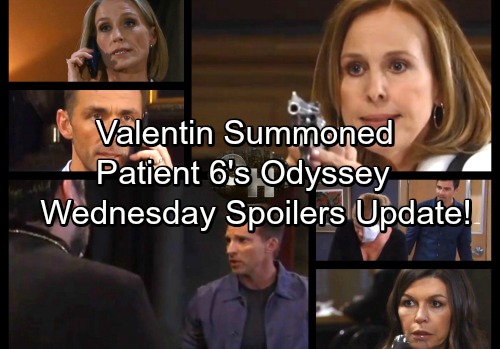 General Hospital (GH) spoilers for Wednesday, October 4, tease that Finn (Michael Easton) will wonder what Anna (Finola Hughes) intends to do next. Cassandra (Jessica Tuck) wasn’t on board with being treated in the United States, so Finn feels like they’ve reached a dead end. He’ll ask if Anna has a plan B, but she’ll undoubtedly urge Finn to have a little faith.

Even if Cassandra refuses to get with the program, Anne could probably find a way to get what she wants. She’s an extremely determined individual. However, it looks like Anna’s original plan may pay off. Cassandra already seems to be working out the details of her potential visit. 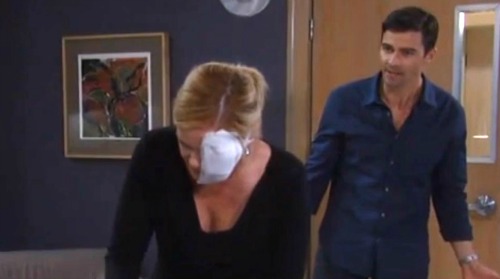 During a phone call with Valentin (James Patrick Stuart), Cassandra will want to discuss matters that affect them both. General Hospital spoilers hint that Valentin will take a trip later this week. Perhaps Cassandra wants Valentin to hold down the fort while she’s seeking treatment in Port Charles. He might be the only person she trusts to handle her business.

Valentin will face another crisis in Wednesday’s episode. General Hospital spoilers say Laura (Genie Francis) will aim a gun in Valentin’s direction. As she tightens her grip on the weapon, she’ll hope to make Valentin feel some of the fear Nikolas (Tyler Christopher) felt. Whether this is a fantasy or a real confrontation, it’s sure to be an exciting scene!

At the clinic, GH spoilers say Ava (Maura West) will start throwing things in her suitcase. A baffled Griffin will wonder what in the world she’s doing. He’ll tell Ava to leave the luggage so they can get out of there. It appears Ava will resist for whatever reason. Maybe she’ll still be bent out of shape over Griffin’s rejection.

Ava might try to finish the rest of this escape alone, but that would be a terrible idea. The doctors at this place are obviously nefarious. Teamwork is Ava’s best bet. Unfortunately, even collaboration may not be enough to prevent some additional obstacles.

Patient Six (Steve Burton), on the other hand, will overcome big hurdle in his fight to get home. A ship is going to America and it sounds like Burton’s character will be able to catch a ride. Of course, there could be risks associated with this voyage. Patient Six will have to trust some iffy people. He could easily find himself stuck in a trap if he’s not careful.