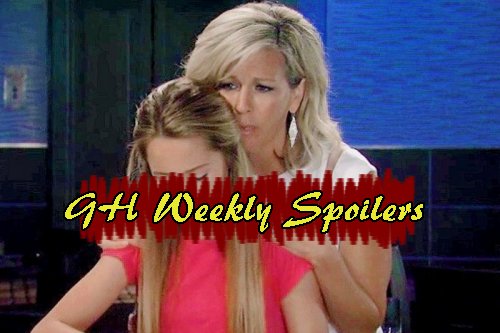 General Hospital (GH) spoilers for the week of Monday, April 24 through Friday, April 28 reveal that Olivia Falconeri (Lisa LoCicero) is stunned to find out Julian Jerome (William deVry) is alive and goes to him about little Leo since she wants Ned Ashton (Wally Kurth) to adopt their son. Will Julian relent given he’s facing life behind bars?

Monica Quartermaine (Leslie Charleson) helps Ned out this week by trying to buy him some time. Tracy Quartermaine (Jane Elliot) won’t be reasonable and she seeks spiritual guidance as she struggles with a life choice. General Hospital spoilers tell us the Quartermaines win a reprieve in the matter of the painting as drama swirls around Samira Adin (Ivy Natalia).

General Hospital sources leak that Tracy gets the results of the paternity test and tries to figure out how she feels about not being the only daughter Edward Quartermaine (John Ingle) had. Monica wants to find a way to spirit Samira and the painting out of the country and back to Turkey despite Tracy’s objections. There will be some flashbacks to Tracy’s past as she sorts things out. 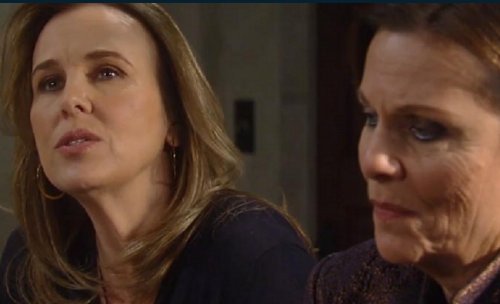 Michael Quartermaine (Chad Duell) gets closer to Nelle and this concerns Carly Corinthos (Laura Wright). Carly may not like it but Michael’s heart is softening over what Nelle did for Jasper “Jax” Jacks (Ingo Rademacher). Early in the week, Jax makes a compelling argument but it fails and General Hospital spoilers warn that he has to face the immigration music alone.

Carly fumes over how Sonny Corinthos (Maurice Benard) conspired to ruin Jax and that he cost Josslyn Jacks (Eden McCoy) her father. It looks like the Aussie leaves Port Charles on Monday, April 24, but he’ll be back in the future according to General Hospital showrunners. Carly is furious and it turns out she has leverage to wreck Sonny’s life in revenge. 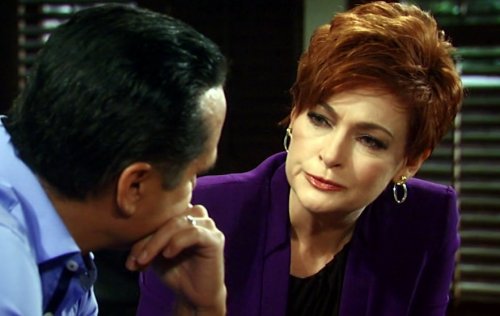 Diane Miller (Carolyn Hennesy) has a wake up call for Sonny and reminds him his assets are in Carly’s name. Sonny signed everything over to Carly when he was in jail last time. Sonny’s recent mistakes could cost him dearly. General Hospital spoilers say Sonny gets the upper hand this week but then loses it. Carly lashes out with fury at her soon to be ex husband.

Ava Jerome (Maura West) struggles with her guilt over swapping Morgan’s meds and Griffin Munro (Matt Cohen) turns out to be a source of guidance. But Ava faces more drama when Lucy Coe (Lynn Herring) considers going to the cops with what she knows. Scotty Baldwin (Kin Shriner) thinks he has a solution to shield Ava who is thrilled.

Jason Morgan (Billy Miller) wonders what memories lurk inside his head tied to the scarecrow revelation and he’s plagued by uncertainty. Liz Webber (Rebecca Herbst) continues to fret over Jake Webber (Hudson West) and the things he’s told Franco (Roger Howarth). This is all leading up to May sweeps (which start April 27) on General Hospital when they get real answers about Jake and Jason’s past. Lots of action the week of Monday, April 24 thru Friday April 28. Share your comments below and tune into CDL often for the latest General Hospital spoilers, news and updates. 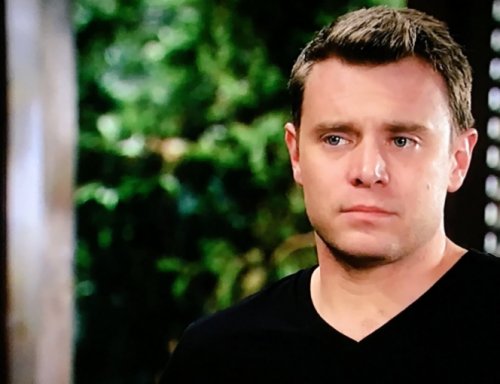