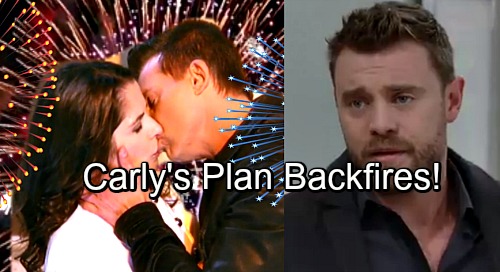 General Hospital (GH) spoilers tease that Carly (Laura Wright) will find herself in deep trouble. Drew (Billy Miller) will finally make it to The Haunted Star, but he’ll be disappointed by what he finds. It’ll be evident that Sam and Jason (Steve Burton) have been sharing some close moments.

Drew will fill Sam in on his car breakdown and Jason’s confusion will be explained as well. He thought he was meeting up with Sonny (Maurice Benard) about a new Faison (Anders Hove) lead, but he found Sam instead. It won’t take long for this crew to realize what actually happened. They’ll determine that Carly’s (Laura Wright) sneakiness forced everyone’s change of plans. 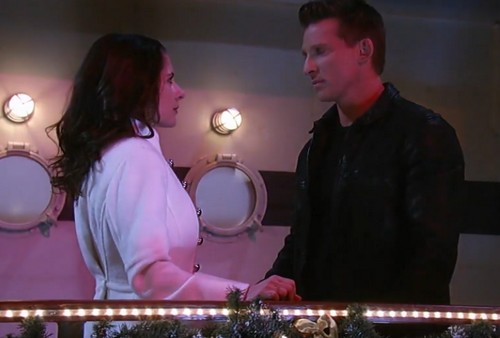 Once the New Year’s Eve chaos winds down, Drew will take Sam home and mull over this upsetting evening. Sam will still have Jason on her mind, but she’ll try to push those thoughts aside. She’ll leave out some key details when she updates Drew on her evening. Sam probably won’t want Drew to know about the kiss or the old memories that came rushing back. She’ll just want to focus on the culprit.

Carly will indeed get an earful for setting all this in motion. General Hospital spoilers say Jason will quickly rip into his bestie. He’ll be furious with Carly for meddling in Sam’s love life. Jason has been trying to step back and let Sam make her own choices. He’ll hate that Carly’s interference caused more drama for his love. 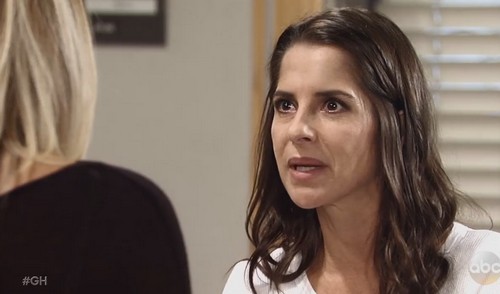 GH spoilers state that Sam will also unleash her wrath. She’ll make it clear that she’s going to marry Drew and that’s final. That goal could be derailed later, but Sam will be convinced of it at this point. She may wonder how Carly would like it if someone plotted to destroy her relationship with Sonny (Maurice Benard). Sam could argue that Carly’s trying to please herself, not Jason.

Next, Drew will blast Carly and contend that she’s really twisting the knife. He’s had a hard time over the last few weeks and Carly certainly isn’t making things any easier. Will Carly ever butt out and let go? We’ll keep you posted as other General Hospital news comes in. Stay tuned to ABC’s GH and don’t forget to check CDL often for the latest General Hospital spoilers, updates and news.