Has Pamela Anderson Moved On From WikiLeaks Founder Julian Assange? 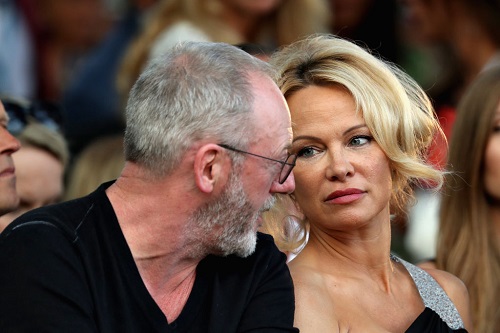 Pamela Anderson has been spotted with a mystery man. Does that mean she has finally moved on from Wikileaks founder Julian Assange? She’s been linked to him since last year. But, Pamela Anderson was spotted with a different man on Friday night (June 9) reports the Daily Mail. She held onto the man’s hand as they left the Avenue Nightclub in Hollywood.

The 49-year-old blonde bombshell didn’t look much like herself. She was seen exiting the venue holding onto the mystery man as she entered a vehicle and could hardly open her eyes. She wore a black flared dress with a black clutch and black stilettos. Meanwhile, Pamela Anderson’s date wore a black and gold varsity jacket with a white T-shirt and black skinny jeans.

Even her signature blonde locks looked messier than usual. Pamela’s hair was styled into soft waves but it looked messy and somewhat sweaty. She pulled off her look with red lipstick that wore out. This latest sighting comes amid the rumors that Pamela Anderson was dating Julian Assange. But, this wasn’t the only time that she’s been spotted with a younger man. 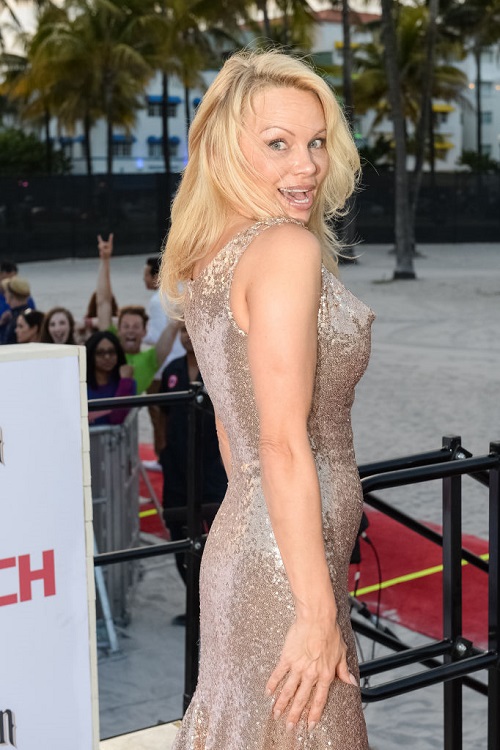 She was seen walking around St. Tropez wearing a white summer dress designed by Cadieux, reports the Daily Mail. But, it was what Pamela Anderson was wearing that made people question her relationship status. She was joined by another mystery man who carried her purse as they looked at her phone together. Anderson paired her fringe dress with a nude patent leather belt and nude heeled sandals.

Pamela Anderson and her friend looked quite cozy together. They smiled as they walked around the city after dining at L’Opera. Her mystery man wore an off-white T-shirt with black jeans and gray high-top sneakers. They joked as they quietly talked to each other.

Pamela Anderson been spotted visiting Julian Assange’s home in London on various occasions. He’s been living in the Ecuador Embassy for the past five years. While neither Assange or Pamela Anderson have confirmed their relationship, she has spoken openly about her adoration for her rumored boyfriend. In an interview with Stellar Magazine at the end of May, Anderson only said that her relationship with him was “personal,” and that she “adores” him.

She seemed to confirm their relationship back in February when she appeared on the Australian radio show The Kyle and Jackie O Show. Pamela Anderson stated that their relationship was never to become “romantic.” Julian Assange also commented on that same show about her looks, but was quick to say that he wasn’t going to reveal “private details” about their relationship.

What are your thoughts, CDL readers? Do you think Pamela Anderson has finally moved on from Julian Assange? Sound off below in the comments section.