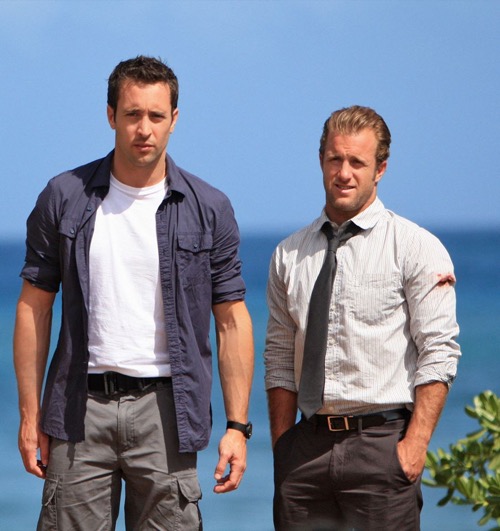 Tonight on CBS Hawaii Five-0 air with an all-new Friday, November 10, 2017, episode and we have your Hawaii Five-0 recap below.  On tonight’s Hawaii Five-0 season 8 episode 6 “Mohala I ka wai ka maka o ka pua (Unfolded by the Water are the Faces of the Flowers)” as per the CBS synopsis, “The murder of two tourists leads Five-0 to a man suffering from multiple personality disorder, where one of them becomes violent and another is a child. McGarrett is accompanied on the case by a stress management consultant, whom Danny and the others have hired to help him manage his health.”

Everyone had been concerned about McGarrett. McGarrett had been under a lot of stress lately and his friends thought he might need some help with that. However, they chose to hire a stress management consultant that would follow McGarrett all day and help him figure out how to cut the stress out of his life. So the consultant, unfortunately, had to get up close and personal. She had to ask McGarrett when the last time he had sex because sex was the best way to relieve stress and so McGarrett found himself put on the spot.

He had tried to say that he had sex at least five times a week and Danny had called him a liar right in front of the consultant. But Danny said that his girlfriend talks to him about McGarrett and so he’s heard from McGarrett that it’s not that frequent because it’s really more like twice a week unless someone has a birthday. So it was awkward with having a third person in the car and the consultant wasn’t that easy to work while they were covering a case. She didn’t like dead bodies and had actually gotten sick at a crime scene.

Yet, the consultant had asked McGarrett about his reaction because he hadn’t really shown one. He’s been on the job for a few years now and so he couldn’t afford to let every dead body affect him though this case was a bit different. The two bodies that had been found by the side of the road had recorded their murders and so the person that had killed them had been someone impersonating a dead cop by the name of Patrick Matthis. Matthis had been kicked off the force and had gone to jail for assault. So his old suit wasn’t just lying around.

The suit was probably with family and Patrick had both an ex-wife as well as a son. However, McGarrett and Danny had gone over to the ex-wife’s home and they had found her lifeless body. She had died from what looked like natural causes and her son had come home, but Oliver hadn’t taken any of his medication since she died and so the team knew who was wearing Patrick’s old suit. It was Oliver and he suffered from multiple personality disorder. So the team didn’t realize how dangerous he was until he broke into his old house.

Oliver had broken into his old house to watch cartoons and the person that now owned the home had called the police on him. But when Oliver or his personality Ollie had gotten scared, his other personality that acts a protector had taken over. This “Patrick” had beaten the homeowner within an inch of his life over a mistake which made him the third victim so far. So Five-0 couldn’t allow another person to get and McGarrett called in Alicia. Alicia was their consultant on these sorts of cases and she knew how to talk to someone like Oliver.

Oliver was sick. He had no idea what he was doing when his other personality took over and his mother’s death had clearly been a trigger for him. Though Alicia didn’t think Oliver deserved to be sent to prison because she believed only “Patrick” knew what was going on and he hadn’t surfaced for years until the mother died. So Alicia was going over how they could treat Oliver when “Ollie” called them. The personality that was a five-year-old version of Oliver had called 911 because his father had done something bad and he wanted his mom.

“Ollie” as it turns out had just wanted to get away “Patrick” and that’s how he was able to take control for a few minutes. Yet, “Patrick” eventually regain his position on top and he went to work at the police station as if he was a real cop. So Duke and the others had locked Oliver in a room by himself because they had hoped to hold onto him until Five-0 could show up, but “Patrick” had somehow escaped from the room and he went looking for his wife. He went to his old house looking for Claudia and demanded to see her or he was going to kill the other personalities.

There were seven of them and “Patrick” knew all about them. But Alicia knew how to get to Ollie if not Patrick. She asked to be sent into the house and she made sure to wear one of Claudia’s old dresses. So when Ollie saw her and she told him that everything was going to be ok, he took over. Ollie hugged Alicia as if she was his mother and dropped the gun. Which allowed Oliver to safely be brought in where he could get some help. And while the day had been quite stressful, the consultant had felt good about McGarrett’s chances.

She had given McGarrett a list of what he could do to decrease stress and he had been very polite to her, but later admitted that he was going to ignore everything on the list and had also told Danny not to worry about him so much because they couldn’t let fear get in the way.

So the one person that needed to calm down was Danny and he was now feeling better.