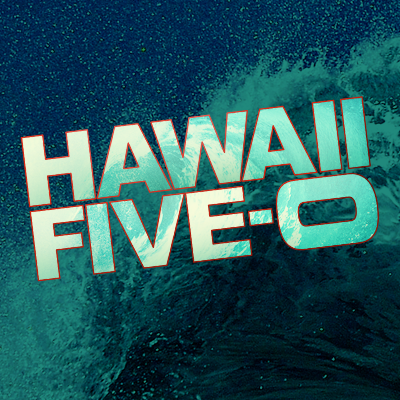 Tonight on CBS Hawaii Five-0 air with an all-new Friday, January 13, 2017, episode and we have your Hawaii Five-0 recap below.  On tonight’s Hawaii Five-0 season 7 episode 13 as per the CBS synopsis, “As Max prepares to say goodbye to his Five-0 family, they must investigate a murder during a police convention on the island.”

HPD were throwing their annual convention where they invited police departments on the Mainland to come together and possibly learn from each other. But what every department knows is that the convention is more or less Spring Break for Cops. There was wild partying, tricks played on each other, and even streaking. So the convention tends to get wilder every year and the officer lived to see what happened at this year’s convention however things changed on tonight episode when what felt like a bomb went off in the downtown area. People had felt the explosion miles away and it had taken a whole building.

However, no one could get close to the explosion because there had been too much for the firemen to handle in one. So the police hadn’t been able to get close to the building much less search the area until the next morning and by then they had found a victim. The victim’s name had been Miles Barton and hadn’t died in the fire. He had apparently been a cop from Milwaukee and he had also been one of the volunteers that were searching for any survivors in the fire yet what Five-0 didn’t understand was why target Barton. If someone had wanted to kill him then why kill him in Hawaii and why leave him where he could be found.

Barton had been killed on site flooded with police and they were all combing through every inch of the area. With no dogs no less! Yet, fortunately everything began to make sense for Five-0 when they found out someone had broken into a file cabinet not far from where Barton’s body was found and that files had been taken. There’s not a single person that would wait hours into the night to steal a bunch of files. So the thief must have been planning on stealing them from the beginning and Barton just got in the way. Barton was most likely a witness to someone fleeing the scene and the thief had killed him to buy themselves some time.

So McGarrett and his people had wanted the contents of those files and they had tried going to the guy that owned the company, but he hadn’t been much help. The guys had been told that there had been thousands of files in the basement and that it would take days to realize what was missing. Though Danny and McGarrett did at least get a hand up on the investigation from the Fire Chief. The firemen had found evidence that someone had been tunneling their way to the basement when they accidentally caused a gas leak. And so those files had been in play for much longer than anyone had known.

Someone had tunneled their way to get those files, blown up a building to get those files, and purposely killed poor Barton because he got in the way of the culprit running off with those files. But those files hadn’t been taken from any old company. It had been taken from a law firm owned by a lawyer that must have known what was missing within hours however, the lawyer was protected by Attorney–client privilege and that meant he couldn’t tell Five-0 what they were looking for. So Five-0 had to looking for their own evidence and they eventually found images of a van fleeing the area on night of the fire.

The van had apparently be connected to known felon Jimmy Rorke and they had found still parked in Rorke’s garage along with the body in the back. The body had been Leo Stein and he had once worked at the law firm. However, a further search of Rorke’s place had shown that he was helping Stein blackmail someone. That someone was Edward Gabler who had withdrawn a large amount of cash all in one day. So Five-0 was able to go back to their favorite lawyer and tell him what they suspected. They suspected that Edward who had gotten away with murdering his girlfriend eight years ago was being blackmailed with inconclusive evidence.

The evidence though had been the knife that had been used on Heather Mayfield and that matched the wound that killed Barton. So the guys had asked the lawyer if the knife had been what was missing and they had been told “yes”. He couldn’t turn over to the police so he kept in the basement and had fired Stein when Stein said they should come forward with evidence to finally get justice for Heather. Yet, the lawyer was willing to give up attorney privilege and so he told the guys what else they needed to know. He told them where the drop-off was going to be and the guys had raced there because they figured out something about the blackmailers.

They figured out that Rorke and Stein had in contact with Alan Mayfield who had been the late Heather’s brother. So Five-0 rushed to the scene and they had stopped Rorke from running off with the money, but they had to gently convince Alan not to kill Edward. They told Alan that they understood where he was coming from and that he could still get justice for sister by allowing them to retry Edward for her death. And so Alan did let them have Edward in the end.

But the final case they had with Max had cut into the time they would have liked to have spent with him before he left Hawaii for good however, one may never know the future and he could always come back.