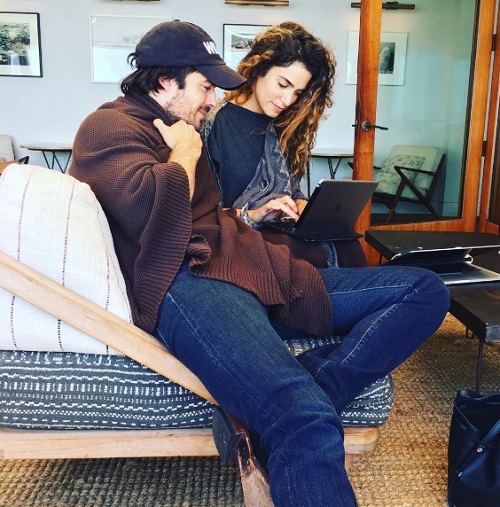 Did Ian Somerhalder and pregnant Nikki Reed accidentally reveal the gender of their baby? Nikki might have made the big reveal in her social media post, and fans are buzzing that their unborn baby is a boy.

Ian Somerhalder and Nikki Reed surprised their fans by announcing that they are expecting their first child together on their social media accounts. The Hollywood couple shared a photo of Ian kneeling down and putting his hands over Nikki’s pregnant baby bump. Even though Nikki hasn’t mentioned how far along she is a lot of observers believe that she might be well into her second trimester.

Nikki might have revealed the gender of her baby without even knowing it, she’s wearing a light blue maternity dress in her photo. She has on a Bayou With Love blue chambray dress from her new sustainable clothing line. The color of the dress is leading many to believe that Nikki is expecting a baby boy. On the other hand, she might have picked out the dress simply because it’s from her new line. 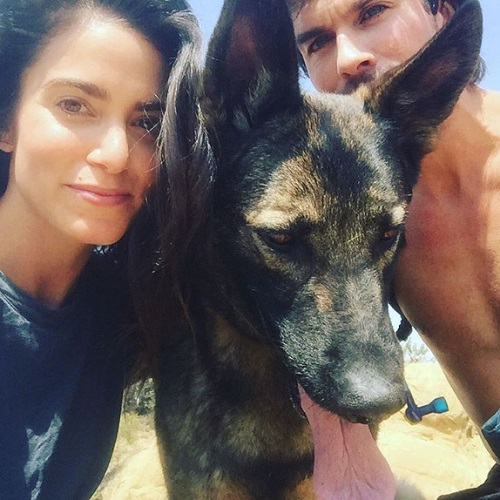 Ian praised his wife in a heartfelt message about the launch of her company. Nikki designed the eco-friendly line with her partner, Morgan Bogle. He said, “Listening to you talk about starting this company just one year ago, and watching all of your time and love you’ve devoted to it, now seeing it become a reality in such a short period of time is simply mind blowing. It’s truly impressive. I know how much this means to you and everyone else.”

Then again, Nikki could have easily worn a pink dress for the shoot. But considering how secretive Ian and Nikki have been about their pregnancy, there’s a good chance they won’t reveal the sex anytime soon. At least not until Nikki gives birth.  For now though, Nikki used her pregnancy announcement as an opportunity to promote her clothing line. And seeing how everyone is talking about her maternity dress, her plan definitely worked. 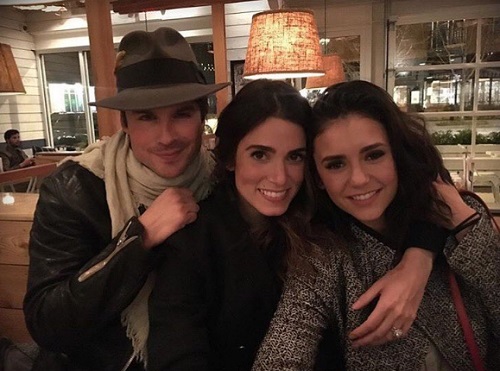 To our friends, family, and rest of the world. In my 38 years on this earth I’ve never experienced anything more powerful and beautiful than this. I can’t think of anything more exciting than this next chapter and we wanted you to hear this from us first. This has been the most special time of our lives and we wanted to keep it between the three of us for as long as possible so we could enjoy this time with each other and our little one who is growing so fast…because that’s what they do, they grow so fast. Thank you for your kind energy. Love, Ian