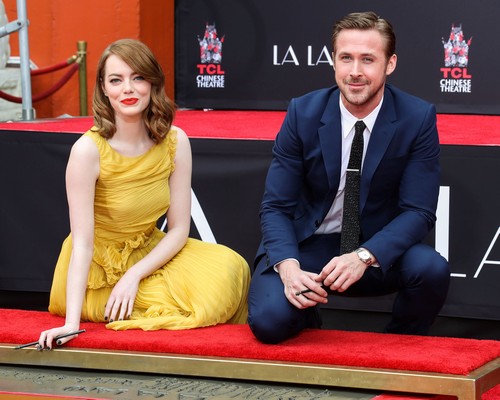 Emma Stone has been rumored to be dating either Jake Gyllenhaal or Andrew Garfield. Though Emma Stone and Jake Gyllenhaal haven’t been filming together, they have been spending a lot of time together behind the scenes. Fans have taken notice of their latest hangouts and have wondered if the two could be more than friends. Last time it was reported that Jake Gyllenhaal was dating British chef Katia Tausig. 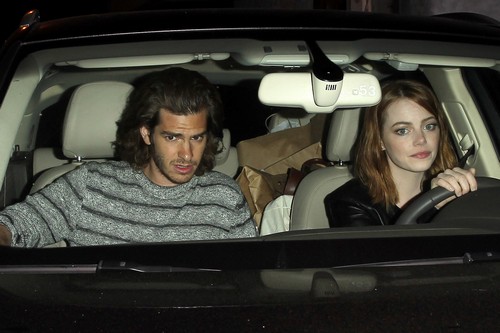 As for Emma Stone and Andrew Garfield, the two haven’t been photographed together in quite some time. Fans are holding out hope for a reunion. The chemistry between Emma Stone and Andrew Garfield is undeniable ever since they teamed up for The Amazing Spider-Man film. Though they are not dating, it’s clear that they are still good friends. It also looks like there are feelings there between the two.

The ex-lovers are reportedly still good friends who constantly communicate with each other. Emma Stone and Andrew Garfield have not been publicly dating other people since their split, which is one of the reasons why fans are holding out hope for a reunion. It appears that Jake Gyllenhaal wasn’t the only one who was smitten with Emma Stone at the Golden Globes.

Andrew Garfield couldn’t contain his excitement over her win. He was spotted giving a standing ovation when she won the award for best actress, reports Vanity Fair. In an interview, Andrew said he would bring Emma along with him to a deserted island and called himself her “biggest fan.”

He walked over to Stone’s brother and date, Spencer, and gave him a hug along with a series of pats on the back. It’s obvious that he’s still close to Stone and her family. A possible reunion for the actors is very likely. Both Stone and Garfield are one of the most in-demand actors in Hollywood. They are both busy working on their careers.

Maybe they could reunite on the silver screen. It wouldn’t be difficult for Emma Stone and Andrew Garfield to work together since they appear to be good friends. What are your thoughts, CDL readers? Do you see Emma Stone with Jake Gyllenhaal or Andrew Garfield?