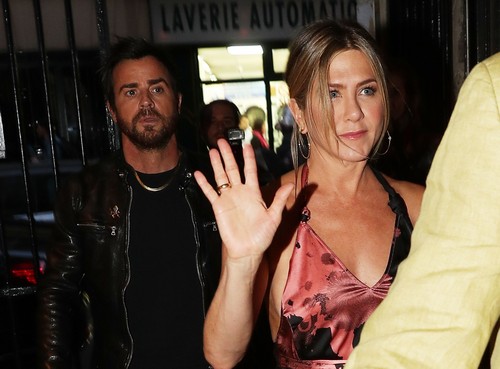 Justin Theroux is sending a clear message to Brad Pitt: his wife Jennifer Aniston is all his. In fact, a lot of fans couldn’t help but notice that Justin had his hands all over his wife Jennifer during their trip to Paris this week, signaling that they are very much in love and still passionate for one another. This comes right after reports indicated that Brad Pitt reached out to his ex-wife Jennifer back in February, hoping that he could use her as a shoulder to cry on following his bitter divorce from Angelina Jolie.

Justin and Jennifer are taking a mini-break in Paris right now following their appearance at Jeffrey Koons’ new Louis Vuitton collection at the Louvre on Wednesday, April 12. And apparently, they love all of the attention they’ve been getting, too. Fans can’t help but notice that Jennifer is looking better than she’s ever looked before. 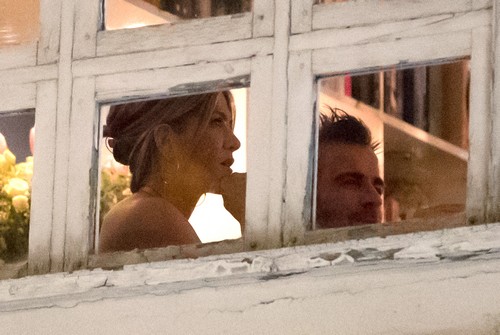 And it seems as though Justin has noticed, too. That’s probably why he couldn’t keep his hands off of her while they were on the red carpet for the Festival Serie Mania Opening Night at the Le Grand Rex on Thursday, April 13.

Fans can’t stop raving about how great Justin and Jennifer look together. And for Justin, that clearly means that he’s not willing to let go of what he has. Sure, it might have taken them several years to tie the knot, but there’s no way that he’ll let go of Jennifer Aniston right now, especially since her ex-husband Brad has all of a sudden showed some interest in her.

After all, she’s the best thing that’s ever happened to his career and public profile. Brad can text and call all he wants, but at the end of the day Justin is her husband and apparently he wants to keep it that way. But for Jennifer, she might not feel that way. 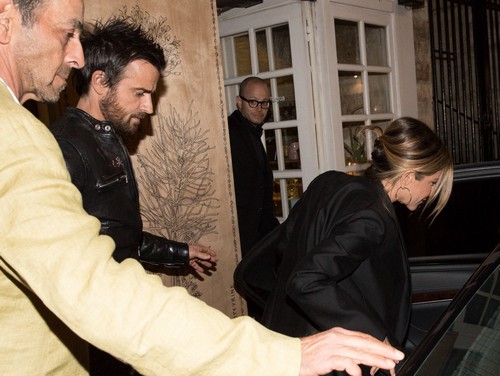 Sure, she always talks about how much in love she is with Justin, but she also has Brad Pitt back in her life right now. He was her first true love and her first husband. No matter how hard she tries, she won’t be able to forget the feelings she once had for him and their marriage.