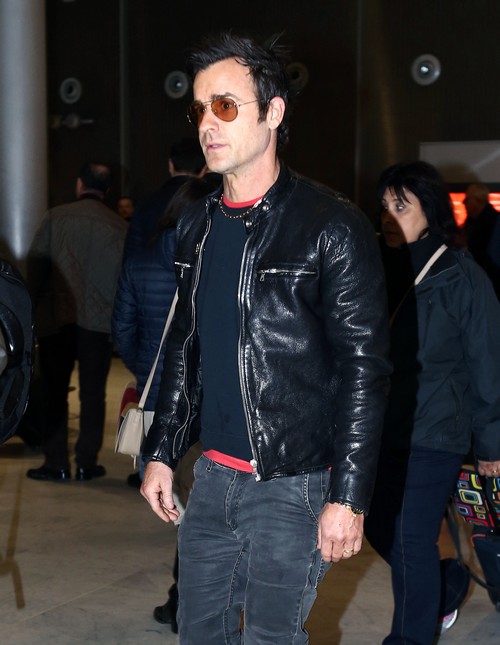 Justin Theroux will be spending the next few days checking out all the latest couture styles at Paris Fashion Week, but he’ll be doing it without his wife Jennifer Aniston by his side. In fact, the Hollywood actor didn’t look too happy as he made his way through Charles de Gaulle airport in Paris, France on Sunday, March 5. Many can’t help but wonder if Justin is upset over reports of Jennifer Aniston communicating with her ex-husband, Brad Pitt again.

Many reports indicate that Brad Pitt desperately reached out to his ex Jennifer around her birthday last month. He’s reportedly been using her as a shoulder to cry on. Brad’s soon-to-be ex-wife Angelina Jolie pulled the plug on their marriage back in September and according to sources, is trying to win full custody of their six children in their custody battle. 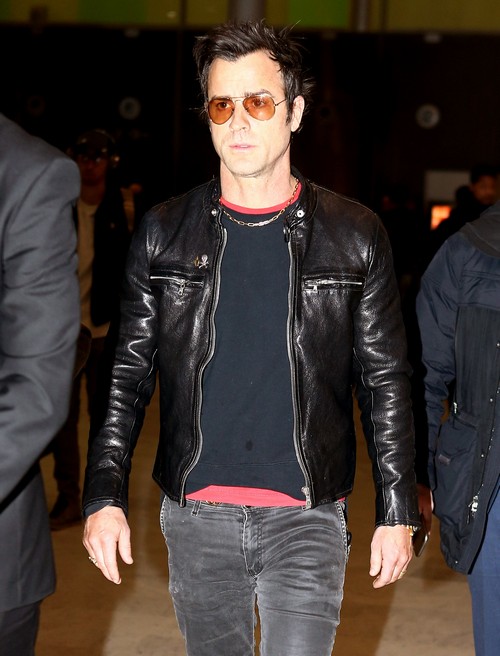 With few friends in his social circle these days, Brad doesn’t have many people to reach out to. That’s why he apparently reached out to the one and only person who could possibly understand him right now, his ex-wife Jen.

Insiders say that Justin Theroux doesn’t have a problem with Jennifer Aniston texting her ex simply because he knows she just wants to be ‘nice.’ But could that be true? After all, Angelina Jolie was the reason why Brad Pitt and Jennifer Aniston divorced back in 2005 after five years of marriage. Clearly, no person in Justin’s situation would want to see their wife start a new friendship with their cheating ex. 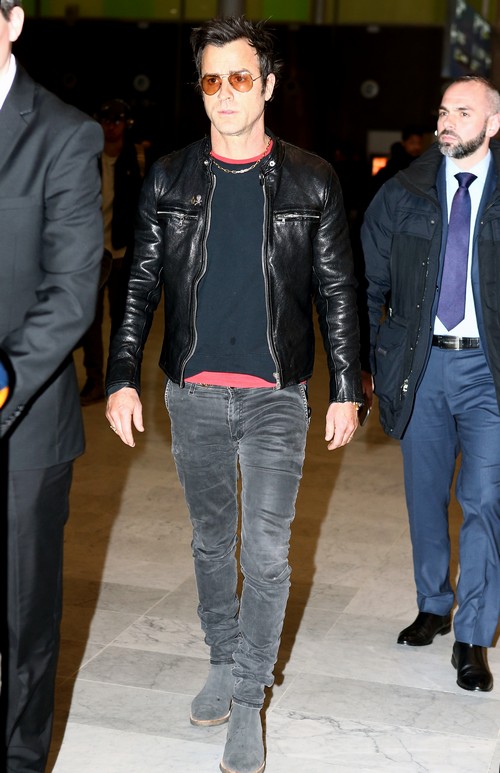 Plus, many fans remember when Justin posted a photo on his Instagram account of a graffiti wall with Brad Pitt’s name and obscenities on it. Even though Justin insisted that he doesn’t have any hate for his wife’s ex-husband, he didn’t take down the offensive post from his social media account, either.

So does this mean that Justin Theroux is upset with Jennifer Aniston for texting Brad Pitt? Of course, only Jennifer and Justin know what the real truth is behind closed doors. Still, many fans can’t help but wonder why Jennifer didn’t travel to France with her husband for Paris Fashion Week. Is Justin upset?

Does he need his space? Let us know what you think by dropping us a line with your thoughts in our comments section below. Also, don’t forget to check back with CDL for all the latest news and updates on Jennifer Aniston and Justin Theroux right here!

Justin Theroux arrives at CDG airport in Paris, France for a fashion show at Fashion Week on March 4, 2017. FameFlynet