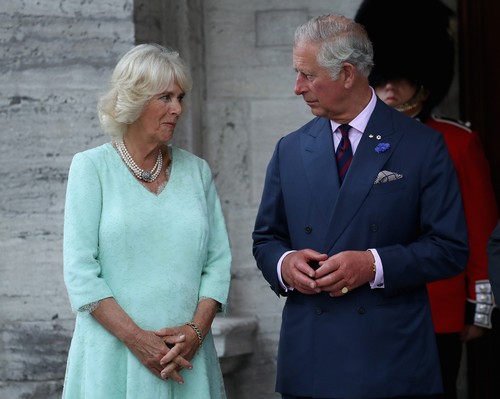 Camilla Parker-Bowles is once again upset that Kate Middleton and Prince William are completely ignoring her. New reports indicate that the Duke and Duchess of Cambridge have recently taken their children Prince George and Princess Charlotte to visit their grandmother Princess Diana’s grave. Next month will mark the 20th anniversary of Diana’s death.

Reports say that Princess Diana’s resting place on the island of the Oval Lake at Althorp House was rededicated on Saturday, July 1. Prince William and Kate Middleton along with their children and Prince Harry were at the service.

What’s more, Prince William and Prince Harry also plan to unveil a statue that will be erected in Princess Diana’s honor at Kensington Palace later this month. And many royal observers believe that Prince George and Princess Charlotte will be present at the ceremony, too. In other words, Harry, William, Kate Middleton and the kids all plan on remembering Princess Diana with special services and events all summer long. 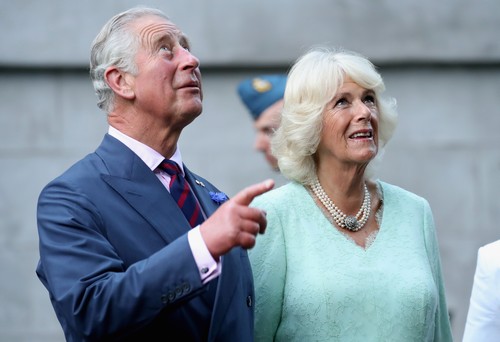 At this point, it doesn’t look like Camilla Parker-Bowles will ever be close with Prince Charles’ grandchildren, Prince George and Princess Charlotte. Camilla rarely spends any one-on-one time with the kids. In fact, many reports have indicated that Kate Middleton even makes it hard for Prince Charles to have access to his grandchildren.

While Prince Charles wants them raised to be young royals in the strict tradition, Kate has different plans for her kids. Instead of spending time with their grandfather and learning how to shoot, hunt and fish they’ve been spending time with her parents Carole Middleton and Michael Middleton at their home playing with chickens and running around in their open fields.

Plus, Prince Charles wants to mentor his grandson Prince George, considering that he’s the third in line to the throne. But that simply hasn’t happened. Instead of spending more time with Prince Charles and Camilla Parker-Bowles in Scotland, Prince William and Kate Middleton have opted to spend time at home with the Middletons.

For Camilla, she has another reason to be frustrated. And that’s because she’s always been in Princess Diana’s shadow, both at home and in public. And the problem just seems to be getting worse. Prince William and Kate Middleton taking their kids to Princess Diana’s grave once again proves that they would rather spend their time remembering Princess Diana than actually spending anytime with the living Camilla Parker-Bowles.

In the meantime, don’t forget to check back with CDL for all the latest news and updates on Camilla Parker-Bowles, Kate Middleton and entire royal family right here.