Kate Middleton To Have It Out With Spain’s Queen Letizia – Cat Fight Between Princesses? 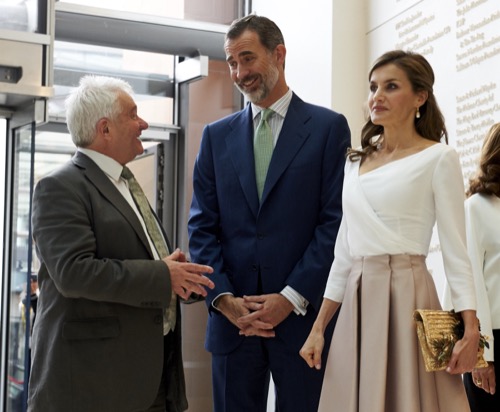 The King and Queen of Spain will be welcomed by Queen Elizabeth and Prince Philip tomorrow for a three-day State visit. Prince William and Kate Middleton are said to attend the lavish state dinner to be held at Buckingham Palace. During the visit, Kate Middleton won’t be the focal point of everyone’s attention. This might be a problem for the spoiled beauty. She does enjoy smiling and simpering for the cameras.

Letizia, Spain’s Queen, has much in common with Kate Middleton. She was also a commoner before marrying King Felipe VI of Spain in 2004. She was a journalist before becoming a member of the Spanish royal family. Like Kate Middleton, Letizia also became quite popular with the people of Spain when Felipe’s father abdicated the throne.

Letizia and Kate Middleton share a love for fashion. Letizia, like Kate, is pictured in magazines for her sartorial outfits. And, like Kate, Letizia is also from a middle-class background. Both royal women know how to use the media to their advantage. They know how to grab the publics eye, whether through style, smiles, or stares. 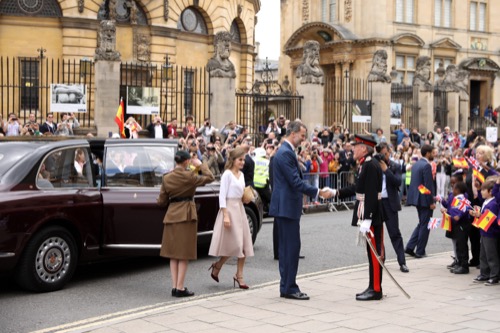 Could we see other similarities between the two come to light during this week’s engagements? Mainly, the women need to be at the center of attention? We know Kate doesn’t like to share the spotlight. Could Letizia be the same?

Sometimes, Kate Middleton won’t say much while she’s with Prince William. We think Letizia has more spine than Kate because she was once heard telling her husband to “shut up. Let me finish.” It’s difficult seeing simpering, snobby Kate standing up to Prince William in such a public way. But we could all be surprised, couldn’t we? Kate has done things we never expected. Perhaps she’ll snub Letizia?

This would, of course, infuriate Queen Elizabeth. Kate Middleton is to become queen consort one day. Kate could find herself in a lot of royal trouble if she were to act out. Let’s be honest, the queen is 91 and has more important matters to deal with than reprimanding her grandson’s wife. But maybe talented Kate won’t get caught giving Letizia the evil royal eye?

We’ll just have to keep our eyes trained on the Royals during this latest state Visit to see what goes down. Maybe it will be Letizia who will initiate all the drama and Kate will do something so wonderful it’ll be the end of all cat fights between the two?