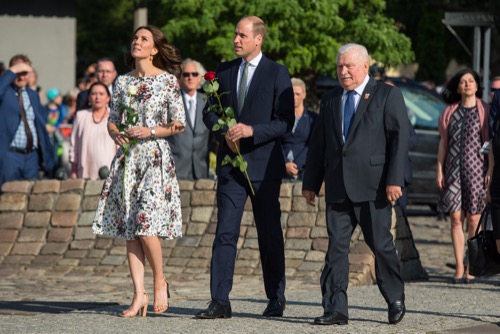 Prince William and Kate Middleton are in Poland and Germany this week representing the British Foreign and Commonwealth Office. They, along with other members of the Royal Family have been visiting European countries in what has been termed the Brexit Offensive. These trips are for more diplomatic reasons because great Britain is exiting the European Union. Kate Middleton and Prince William brought their children, Prince George and Princess Charlotte along. For months, there has been talk about another royal baby. Is Kate pregnant? Could there be more little Cambridges on the horizon?

On Monday, Kate Middleton and Prince William visited a digital and technological start-up, Heart in Warsaw. Kate was gifted several items that would be perfect for babies. The cuddly toys made Kate laugh and say to her husband: “We will just have to have more babies!” Do William and Kate know something the world doesn’t? Oh Kate, you can’t keep secrets from your fans for long.

Sources say Kate’s tone was light and teasing, but could Kate and William be already trying for Cambridge baby #3? The gift-givers read the minds of millions of royal watchers the world over. They want the royal couple to hop to it and give the world another royal tot. With their adorable little ones in tow, and rarely seen at that, royal watchers would love to have another Cambridge to fall in love with.

Did William and Kate get the message? Princess Charlette is already 2-years-old, and Prince George will soon turn 4. Kate Middleton is 35; she isn’t getting any younger. 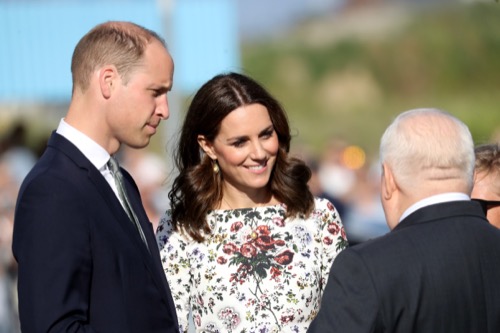 Creating another royal baby isn’t as easy as the world believes, especially if you’re Prince William and Kate Middleton. With the pressure of constantly being in the public eye and royal duties to carry out, the couple needs to plan and prepare for another little one. During her previous pregnancies, Kate suffered from debilitating morning sickness that forced her to cancel many engagements and appearances. And with Prince Philip retiring in the fall, Kate Middleton and Prince William will have more responsibilities on their shoulders. Adding another baby to the mix might not be as workable for them as their fanbase hopes.

What the public wants doesn’t always happen. But then again, the tides may turn. Kate might become pregnant again, to the delight of everyone. Royal watchers will be keeping an extra close watch on the royal couple in the months to come. Perhaps these baby toys were just what the two needed to get the ball rolling. Maybe by this time next year, Prince George and Princess Charlette will have a younger brother or sister?