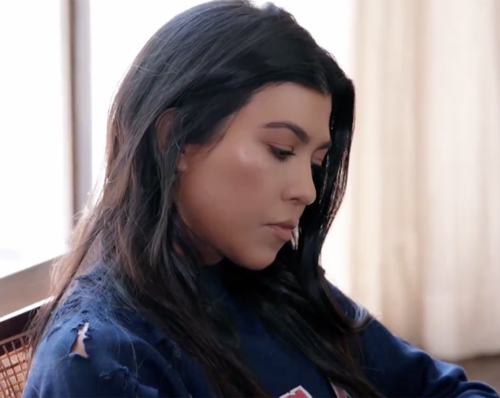 Tonight E!’s most-watched series Keeping Up With The Kardashians (KUWTK) returns with an all-new Sunday, December 3, 2017, season 14 episode 10 and we have your KUWTK recap below.  On tonight’s KUWTK season 14 episode 10 called, “Dog Tired,” as per the E Online synopsis, “Khloé and Kendall consider getting guns for protection; Kris imposes strict guidelines for her mom to follow in her new condo; and Kim cannot handle her rambunctious new puppy.”

Keeping Up With the Kardashians Recap

The conversation about “safety” has really changed over the past year for the Kardashian/ Jenner clan. They were used to zealous fans and the paparazzi however that incident with Kim had put them all on edge and it hadn’t gotten even worse after Kendall’s house was robbed while she was at home with friends. So now the family has beefed up their security and they tend not to dismiss anything that could turn into something. Like Kendall’s stalker who likes to follow her everywhere and who is truly giving her the creeps.

But while Kendall and Khloe were wondering what more they could do to protect themselves, Kim was tending to her new dog. The dog technically belongs to North and was a gift for her birthday yet Kim’s the one that has to deal with all of its barking. The dog barks all the time and Kim had had to move her from out of her bedroom because she and her husband couldn’t take it. So Kim found herself with a rambunctious dog that just wouldn’t behave and it had become annoying because she had been promised the calmer dog.

Kim and Kourtney had both gotten a dog for their daughters because the girls were close, but Kim had been told that her dog was the calm one while the other was the rowdy one. So Kim picked Sushi because she thought she caught a lucky break and it turns out the dogs tricked her. They completely changed personalities once the sisters picked them up and Kim was left with a dog she couldn’t control. But Kim’s daughter North loved the dog. She had asked her mother for one for a long time before Kim eventually caved and so North wasn’t going to give up her dog anytime soon.

North would fall asleep with the dog and she would cuddle the dog. But the fact Kim couldn’t stand it had made her do something a little strange. She had switched Sushi and Honey because she had wanted to see if anyone noticed. So Kim more or less stole a dog when her sister wasn’t looking and the first one that picked up on the switch was the kids. Little Reign had told his mother that he didn’t like the barking dog and so his mother had asked him why he didn’t like Honey. And he told her that it wasn’t Honey, it was North’s.

So Reign had spotted the change instantly and had wanted his dog back though Kourtney had later called Kim to get the dog back and Kim refused to answer the phone. She was on the run with the dog and had wanted to stay hidden. But Kourtney wasn’t messing around. She kept calling Kim until Kim answered and she demanded back her dog. She told Kim the dogs had been switched and so Kim eventually said they could switch back the dogs the next day except Kourtney didn’t want to have Sushi overnight.

Sushi kept everyone up at night and so Kourtney made sure to get her dog back. She went over to her sister’s and chased Kim around the humongous island that Kim has in her kitchen, but she got her dog back and she left before Kim could try anything else. But Kourtney later talked to her grandmother MJ and MJ had needed some help in dealing with Kris. Kris had gotten her mother a new house and she then tried to control how the house was run as well as where everything went. So Kourtney agreed to help.

Kourtney knew how controlling her mother could be and had gone over to Kris’s to get her mother to back off of her grandmother. But Kris didn’t see what she was doing was controlling. She thought she was merely helping MJ declutter her life and Kourtney had to tell her that it was MJ’s house. MJ should be able to move things around and make herself comfortable without Kris’s input. Not that Kris was trying to help her mom or anything because most of the changes she was talking about were in fact demands.

Kris demanded her mother keep her chic house the same because she wanted her mom to be chic. But MJ didn’t have time for that and so Kris was forced to realize that she would just have to put up with whatever MJ wanted. So Kris said she would keep her opinions to herself while Kim was finding new ways to control Sushi. Sushi was all over the place energy wise and so Kim invited the Dog Whisperer Cesar Millan. And he told Kim that she had to teach Sushi boundaries even if it was with little things like shushing the dog.

Sushi actually quiet down once she was shushed and so Kim realized her dog was like a child. They needed to be given rules because that was the only way they would learn how to behave. So Cesar’s advice changed everything for Kim and Sushi and she finally was able to let go of that concern. Her sisters on the other hand had gone to a gun range to practice how to shoot and they were pretty good at it, but they eventually decided to leave the guns to their security team rather than buy one for themselves. And so Kim didn’t need to worry about her kids going to a home with a gun inside.