BY Latrese Garner on May 14, 2017 | Comments: Leave Comments
Related : Keeping Up With The Kardashians, Reality TV, Recap, Television, TV 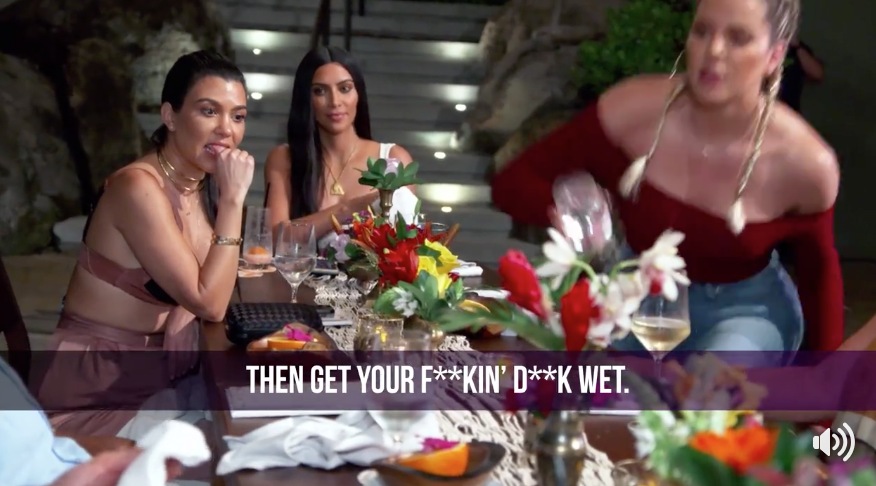 Tonight E!’s most-watched series Keeping Up With The Kardashians (KUWTK) returns with an all-new Sunday, May 14, 2017, season 13 episode 10 and we have your KUWTK recap below.  On tonight’s KUWTK season 13 episode 10 called, “Family Trippin Pt. 2,” as per the E Online synopsis, “Conclusion. After the family confront Scott Disick about his unwelcome guest in Costa Rica, Kourtney Kardashian must inform him that he’s ruined any chance of them ever getting back together. Meanwhile, Khloe Kardashian  is fed up with her family’s bad attitude.”

This week on Keeping Up With The Kardashians the Kardashian sisters and Kris continue to confront Scott about having a woman on the family trip to. Scott says “All she wants to do is talk about moving on and I am trying to do that and now you all are mad.” Kris tells him “You should be at the house with us during the family vacation.”

Scott says “This is too hard for me. It reminds me of the life we used to have and I need to move on from that.” Khloe tells him “If you need to have sex so badly then do it.” She then throws a drink in his face. Kourtney follows suit and throws her drink in his face as well. Khloe is very upse t at Scott’s actions and Kourtney’s reaction as she got up and walked away from the table with him. Kourtney says “This has been a long time coming and the conversation needed to be had so it’s good that it’s out in the open.”

The next day everyone seems to have gotten over the whole fiasco. Khloe says “Scott seems to know what he did wrong. He was texting me all last night and seemed genuinely remorseful. I’m not going to kick him while he’s down.”

Khloe has planned a really cool activity where they take a helicopter ride then go white water rafting and they are staying overnight. Kim is nervous and decides not to go. Khloe says “How can you decide not to go?” Kim tells her “I’m nervous about going and I’m just not going to go period.” Khloe is very upset with Kim’s refusal to participate in the family activity.

Kris also decides to bail on the inner tubing trip. Khloe says “Mom what are you doing in your rocking chair? I know you want us to think you’re old but geeze!” Kris tells them “You guys have fun.” Khloe throws up her hands in frustration. She says “I’m over it. First Kim now my mom are bailing on the tubing trip. Whoever wants to come can come.”

Everyone else sets off down the slide and has a great time. Kourtney says “Scott is so lucky that I am the coolest baby momma on the planet because I allow him to come on the trip because I want him to have these memories with his children, but I think we need to sit down and have that talk to ensure that we are never getting back together and he knows that.”

Later that night everyone gathers for dinner. Kim tells them “I definitely do not want to go to New York.” Kris asks “Why are you going to New York?” Kim tells her “To testify against the robbers.” She worries about putting the wrong person in jail because she didn’t get a good look at their faces. The next day everyone gets ready to head to the beach. All of a sudden there is a papparazzi boat. Kris says “It’ll be interesting to see if they follow you guys over to the beach.”

Kim and Khloe sit down to have a conversation. Khloe says “We take these vacations to build memories and enjoy spending time together and I feel like the older we get the harder this becomes. I know we all have stuff going on in our lives.” Kim tells her “I think you are just a negative person. You are very snappy and you get back what you put out there.”

Khloe is shocked that Kim is turning the conversation back on her. She says “Everyone is off doing their own thing. Kendall and Kylie aren’t even here, Kourtney is busy with the kids and you and mom are stressed out all the time.” Kim tells her “I’m relaxed and chilled out. You just need to let go.”

Kim goes and talks to Kris about her fight with Khloe. Kris says “I think as everyone grows up everyone experiences something different.” Kim says “Let’s go talk to her.” They go talk to her. Khloe says “Kylie and Tyga are locked away in their room, Kourtney is always busy with the kids. I just feel like we aren’t spending time together and i don’t get to spend time with my neices and nephews.” Kim gets angry and the fight escalates.

Scott says “Maybe you guys should end this whole Kardashian thing because it’s bad for you and bad for the girls.” He tells Kim “I don’t need this. I have enough drama to last me a lifetime.” Kim is not happy to hear this.

Khloe decides to break off and do her own thing. She says “The gym is my happy place so I’m going to work out.” While she is there she is snapchatting with Kylie. Kim comes into the gym to try once again to try and make amends with Khloe for the fight. She says “I don’t want to end this trip on a bad note with Khloe.

I want her to know how much I appreciate her making the effort to put this together for us so I am going to try again.” Kim joins in on Khloe’s workout. Khloe tells Kim “I definitely wanted to chill and work out with you. That is some of the best times in life is when we’re chilling and doing nothing.”

Kris sets up a special dinner for the whole family. They go around the table each saying their pit and their pique. Kris says “The one thing that we have together is each other and that never changes.” Flamenco dancers come and dance around the table and the whole family gets up to join them. Kourtney decides to do a late night nude photo shoot for snapchat.

The next day Khloe is once again working out in the gym and kim comes down to join her. She is leaving Costa Rica to fly to New York to speak to the French judge about the robbery in Paris. Kim says “I just don’t know if I can do it. I’m so nervous.”

Back in New York Kim is preparing for the hearing. Jonathon shows up to see her and asks “Why are you here?” Kim tells him “The judge is going to show me photos of some men. I don’t know what it will trigger when I have to see these pictures.” Jonathon understands. Kim says “I don’t feel safe.” Her nerves are definitely getting the better of her the closer the hearing gets.

There are lots of headlines about Kim’s testimony. When she finishes she calls Kris and tells her all about it. She says “It was just a really long thing because it has to be explained to a clerk and then the clerk explains it to a judge.” Kim then tells her mom “One man confessed to being the driver and another man confessed to being in the room with me.

They had been following me for a year and they knew that my husband had given me a new ring. I know now that it would’ve happened to me regardless of what happened.” Kris says “I’m sorry you had to go through this.” Kim says “That’s all right. I’m one step closer to it being over.”