BY Latrese Garner on May 21, 2017 | Comments: Leave Comments
Related : Keeping Up With The Kardashians, Reality TV, Recap, Television, TV 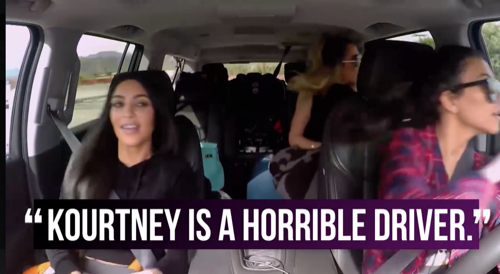 Tonight E!’s most-watched series Keeping Up With The Kardashians (KUWTK) returns with an all-new Sunday, May 14, 2017, season 13 episode 11 and we have your KUWTK recap below.  On tonight’s KUWTK season 13 episode 11 called, “Classic Cars and Vintage Eggs,” as per the E Online synopsis, “Kim Kardashian and Kourtney Kardashian force Khloe Kardashian to take a sentimental sister trip to Palm Springs to relive some of their fondest childhood memories from a much simpler time. Meanwhile, desperate to save his failing relationship, Rob meets with a life coach; and Kris Jenner receives an outrageous proposition from a royal family for her eggs.”

This week on Keeping Up With The Kardashians everyone has returned from Costa Rica. Kim and Kourtney meet Kris for lunch and they sit down to discuss the situation with Khloe. Kim says “I feel bad that she had such a bad time in Costa Rica. I want to plan a sister’s weekend in Palm Springs with no kids because it is a place that is so special to us.” Later Kris receives a letter from a royal family requesting her eggs. Kourtney asks her mother “Do you even have any eggs left?” Kris says “There are two dozen in the refrigerator.”

The girls worry that it is a hoax. Kris says “If it isn’t a hoax it is really sweet that this family thinks that my genes can contribute to making a successful child.” Kourtney and Kim go over to propose their idea of a trip to palm springs to Khloe. Khloe doesn’t seem very enthusiastic. She says “I am not up for another family trip,” Kim tells her “It’s not a family trip, it’s just the sisters. Why wouldn’t you want to go on a trip to Palm Springs with your favorite sisters?” Khloe says “I’m not really up for it, but i’ll be a good sport.”

Rob brings Dream over to visit Kris and his sisters. His problems with China seem to be weighing heavily on his mind. He tells them “It’s hard to go to the gym and do everything you need to do when you have all of this other stuff going on.” Kim asks him “How are things with you and China?” Rob says “They are still up in the air, but I want my family together.” Kim,

Kim, Kourtney and Khloe are heading off on their sister weekend to Palm Springs. They are having a great time. As they are driving they pass the dinosaurs and they decide to get out and take selfies with the dinosaurs.

Kris wants Rob to meet with a Life Coach. She tells him “I think Jamel can really help you.” Rob says “I will try it because i need to try something different because what I’ve been doing isn’t working.”

The girls arrive in Palm Springs and when they get to their hotel a little bit of chaos ensues as the sleeping arrangements are worked out. Kourtney says “I’ll take this room and Khloe and Kim can take the room next door.” Kim laughs and says “I sleep with someone every night. I don’t mind sleeping alone.”

Rob meets with Jamel. He tells Rob “I am here to be more like a homie. Someone you can kick it with, play ball, go out to eat with. We can discuss your problems.” He then asks Rob “What are you dealing with right now?” Rob tells him “I am just feeling stuck. I don’t want this feeling to derail my relationship.” Kim,

Kim, Khloe and Kourtney have rented a classic Chevrolet, but they have trouble getting it moving. Kourtney is driving and when the car stops completely Kim tells her “You killed the car!” They are now stuck in the middle of the road and Khloe is worried that their paparazzi free trip to Palm Springs is about to be ruined because everyone is looking at them.

Rob and Jamel meet up at the gym for their first life coaching session. Rob says “I know I need to work on myself and I am finally getting to a place where I need to be in order to be happy. After their full day with the car

After their full day with the car disaster, the sisters come back and it looks like it is going to be an early night until Khloe decides to liven things up. The sisters spend the night laughing and giggling. Khloe says “I want my sisters to always remember that we are sisters, but I choose to be best friends with you guys and when I see us having our own lives it makes me sad because I feel like we are separating.”

After the gym, Rob has Dream with him. He sits down to talk with his life coach. Jamel asks him “What do you want from your relationship with Dream?” Rob says “I want to see her grow up. I want to see her grow up and spend time with her every day.” Jamel tells him “You need to take control of your own life. I want to see you in control of your own life.” Jamel asks him “What was your pathway to paradise?” Rob tells him “Chilling in the house listening to music.” He asks Rob “Are you guys on that path anymore?” Rob says “No.” The two men continue to talk. Rob says “I want to keep my family together. I have been working at it for a very long time, but I’m just not sure anymore.”

The sisters head out on another outing in the vintage car that had given them trouble the day before. This time they arrive at their grandparent’s former home. Kourtney says “I hope someone answers the door.” The three sisters are very nervous. Kourtney says “Kim you go to the door. No one can say no to you.” When they ring the bell a friendly old couple answers the door and Kim tells them “This used to be our grandparents house. Is it ok if we come in and look around?” The couple happily lets them in and the girls spend a bit of time reminiscing.

After the girls return the go to Kris’ house. She tells them “I have gone to see Dr. Wong.” Kim asks “What were you doing there?” Kris tells them that she wanted to know if she could produce another egg. However, she was told that the answer was no. She says “The silliness of it all was so much, but it was so flattering that I had to go check it out.” She also says “Dr. Wong did say that I could carry a baby.”

Kourtney pipes up and says “If you want to carry a baby you can carry Kim’s.” Kris tells her “If I could carry it and know that it would be born safely I would in a heartbeat, but there are too many risks.”