BY Latrese Garner on May 28, 2017 | Comments: Leave Comments
Related : Keeping Up With The Kardashians, Reality TV, Recap, Television, TV 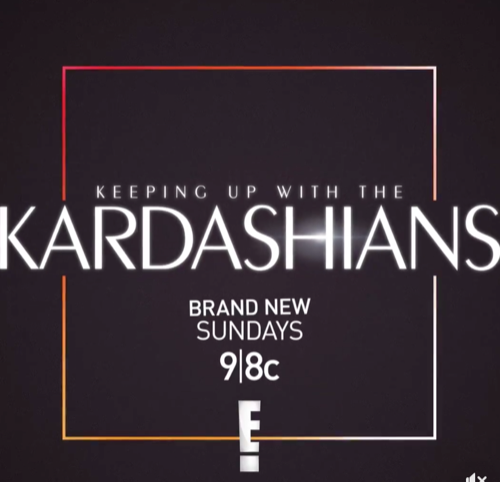 Tonight E!’s most-watched series Keeping Up With The Kardashians (KUWTK) returns with an all-new Sunday, May 14, 2017, season 13 episode 12 and we have your KUWTK recap below.  On tonight’s KUWTK season 13 episode 12 called, “Decisions, Decisions,” as per the E Online synopsis, “Rob Kardashian struggles to find a way to be civil with Blac Chyna for the sake of their daughter; Khloe Kardashian puts Kourtney Kardashian through a series of silly tests in hopes of curing her indecisiveness; and Kim Jenner jets to New York with Kylie Jenner for Kanye West’s Yeezy fashion show.”

This week on Keeping Up With The Kardashians, Kim is packing for her trip to New York for Kanye’s fashion show in New York for fashion week. Kim is frustrated with Kourtney’s inability to make a decison about whether or not she is going to go. She says “Kourtney is truly the most indecisive person I know.” Kourtney is hanging out with Kim and finally tells her “I think I am going to go to New York.”

Rob is hanging out with Jamel and they are working out in the gym. Rob tells him “When I am home with the baby it is just me and her.” Jamel tells him “That’s good, but you can’t shut yourself away from the world.” Rob says “I know. I used to get super depressed and just completely shut myself away from everyone. I don’t want to do that anymore.”

Kim and the glam squad are on the plane waiting for Kourtney to show up so that they can take off for New York. All of a sudden Kim’s phone rings and Kourtney tells her “I’ve decided I’m not going to New York.” Kim is very upset to hear this. She asks her sister “Why?” Kourtney says “Something is just telling me not to go.” Kim gets really snippy and asks Kourtney “Are you going to pay for half this plane or leave me stuck with the whole bill?” The two hang up and Kim tells the group “This sucks because we paid for a hotel room for her and everything.”

While in New York Kim talks to Jonathon while they have lunch about the situation with Rob and China. She tells him “I know that Rob wants to keep his family together, but I think that this is what’s best for them right now.”

Khloe is upset that Kourtney bailed on Kim on the trip to New York so she decides to teach her a lesson about her indecisiveness. Kris meets up with Khloe and the two of them call Kourtney and tell her that they have decided to change the restaurant that they are meeting at for lunch. Kourthey tells them “It’s fine. Just let me know where we’re going.”

After fifteen minutes Kourtney calls them to find out what’s going on. Khloe tells her “We decided to stay with our original choice. We should’ve stuck with our gut.” When Kourtney arrives she is very upset. Khloe asks her “How does it feel to have your plans hijacked by someone else’s indecisiveness?” Kourtney stops for a second but then goes on the rampage. She tells them “You think pulling this stunt will teach me a lesson and make me less indecisive?”

Rob and Jamel show up at China’s photo shoot. When they walk into the room China quickly tells them “I don’t have any clothes on.” Rob says “Oh, I’m sorry.” and steps from the room. They wait outside until she is dressed and then stick around until she finishes her photo shoot. When they leave Rob says “That was totally awkward. I haven’t seen China in a very long time and it just seemed like she didn’t want me around.” Jamel asks “How long has it been since you two have seen each other?” Rob looks really down as he tells his life coach “I really don’t know.”

Khloe and Kris are still working with Kourtney to try and help her get over her indecisiveness. They have her at Kris’ house to play a game using an air horn and having Khloe pretend to be one of the children and Kourtney has to make decisions quickly. It does not go well. Kourtney gets frustrated and leaves the house.

Kim is excited to be at Kanye’s fashion show in New York. She says “Kanye has this super idea to have the models appear in pews and everyone is loving it. I’m loving just being here for him.”

Rob is visiting Kris. Kris asks him “How are things between you and China?” Rob tells her “I don’t know. Honestly, we communicate very poorly.” He goes on to tell her “I just remember you and dad having this great relationship even though you weren’t together. I want that for me and China.” Kris tells him “It takes work to get there. It took us 18 years to become best friends. If you and China both remember to put Dream first you’re going to raise a wonderful daughter because you are a great man.”

Khloe shows up at Kourtney’s house with a surprise. When they head outside there is a Los Angeles County fire truck outside. Kris is excited to go on this adventure as well. When they show up there is an actual fire. Kris tell Kourtney “This whole thing is really for you because you are the worst decision maker in the world.” After the ladies are suited up in fire gear the adventure begins!

Kris is in the house waiting for Kourtney to save them, but Kourtney can’t make a decision about what to do first. Finally, she manages to get the ladder in place and getting up to the roof and chopping into it with the axe to get inside and save her mom. Once Kris is out Khloe says “I have a whole new respect for firefighters. That was intense.”

Rob and China take Dream to the Dr. for her checkup. The Pediatrician tells them that the baby is healthy. Dream is not happy when she has to get her shots. Rob says “I hate that my relationship with China is not the best because I want my daughter and I to have the kind of relationship that I had with my dad.”

Kourtney tells the family “I have decided to start listening to my heart and making decisions from the heart.” Khloe says “I’m really proud of you for recognizing your need to conquer your indecisiveness and tackling it head on.”