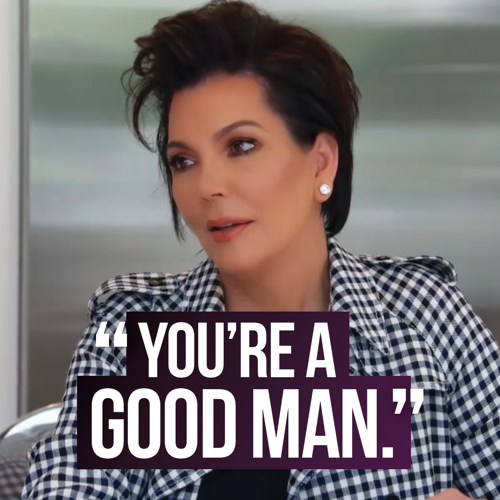 Tonight E!’s most-watched series Keeping Up With The Kardashians (KUWTK) returns with an all-new Sunday, May 14, 2017, season 13 episode 13 and we have your KUWTK recap below.  On tonight’s KUWTK season 13 episode 13 called, “Loyalties and Royalties,” as per the E Online synopsis, “Kim Kardashian is torn over maintaining a relationship with Cait Jenner and decides to first confirm that her mom’s reason for cutting ties is valid. Meanwhile, Kendall Jenner introduces her sisters to the first openly gay royal whose life story hits very close to home for the family.”

On this week’s episode of Keeping Up With The Kardashians Kendall and Caitlyn are hanging out. They are talking about Kendall’s car. Caitlyn asks Kendall “How much do you know about the car?” Kendall doesn’t really want to talk about it. When they step outside Jay Leno pulls up in a beautiful vintage car that he wants to sell Kendall. Caitlyn is not happy. She says “Should I be worried about an older man coming to take out my daughter?” Kendall rolls her eyes and she and Jay head off for a test drive.

Kim gets a call from Caitlyn asking her to have lunch. Caitlyn says “We haven’t seen each other in quite some time and I miss you.” Kim tells her “I’ve been out of town and I just got back. I’ll have to see what’s going on.” Caitlyn seems a bit put off by Kim’s response, but Kim is trying to be fair to both her mother and her sisters. She says “It’s really hard because I’m torn. I want to respect my mom’s feelings and I know she is upset about Cait’s book, but I also have to think about the fact that this is Kendall and Kylie’s father and I want to have a good relationship with her.”

Kim calls Kris and tells her “I wanted to get your permission to ask Cait for a copy of her book.” Kris says “Yeah, I think you should read it for yourself and see if you think I have a reason to be upset or if you think i am just blowing it out of proportion.”

Khloe and Kourtney are working out with Joe. Rob was supposed to show up and work out with them. When he doesn’t show up Khloe calls him. When she asks him why he hasn’t shown up for the workout he tells her “I’m having a personal day. You had your personal day. I’m having my personal day!”

Kylie gets home and she tells her sisters all about her shoot for Indian Vogue. She says “While I was there I met a gay prince. It isn’t ok to be gay in India. You can be killed for it.” The sisters are shocked to hear this. Kylie goes on and tells them “When he comes to LA I think that we should set up a dinner so that he can meet all of you.”

Kim heads over to Caitlyn’s to pick up her book to read it for herself. She tells Cait “My mom is really upset about the book.” Cait says “It’s my story from my point of view. I wrote the book as I saw it and in doing so I found that I had a lot of my own stuff to deal with.” Kim says “I’m going to take the book and read it.” Cait says “Read it with an open mind.” Kim tells her in no uncertain terms “If you talk bad about my mom I’m coming after you.”

Kim and Kourtney are talking about Caitlyn’s book. Kim says “She’s so angry at mom for no reason. She blames mom for not seeing her family or her kids.” Kim goes on to say “She changed Caitlyn’s career and made her a motivational speaker. She goes on to say that the Kardashians were mad because their names weren’t mentioned to Diane Sawyer.”

Kim says “Why do you want to hang out and be apart of the family?” Kourtney says “Have you asked Caitlyn this?” Kim says “I haven’t spoken to her yet.” Kourtney says “You don’t have to build yourself up by tearing someone else down. She is too busy trying to build herself up.”

Khloe decides to teach Rob about the pain a woman goes through when she gets a period. She says “I know of this device that causes your muscles to contract, but if you put it on the wrong place it can be very painful. I’m going to put it on Rob.” She takes Rob to the Drs office. Rob doesn’t believe it’s going to be a big deal.

He says “I don’t know what Khloe has planned, but it won’t be that bad.” When the Dr first turns the machine on Rob doesn’t feel much of anything and he treats it like a joke, but as the machine ramps up he begins to be more uncomfortable and understands Khloe’s issue.

Kim goes to visit Kris and they talk about the book. Kim tells her “I read Caitlyn’s book. She has her thoughts and you have yours and that’s fine, but there is a way to express your thoughts that’s not so negative.” Kris agrees. Kris then goes on to explain the situation with Cait’s ex wife and how the woman exposed her gender dysphoria. Kris says

“If this is how someone feels about me after 23 years of a relationship and some great memories then fine. I have my great memories and I just have to leave it there.” Kim says “I don’t think my mom should have to try with Cait anymore. I know she wants to maintain a good relationship with her for us kids, but we’re all grown. She shouldn’t have to try anymore. It’s done.”

Kim, Khloe and Kylie are all hanging out at Kim’s house when Kylie’s prince from India shows up. The sisters begin asking him questios about his family situation. He tells them that his parents have disowned him and disinherited him. The sisters then go on to tell him a little bit about their family situation with Caitlyn.

Khloe asks him “When did you know?” The prince tells her “I was married to a woman and I realized that something was not right so we got a divorce.” Khloe then asks “Is she married now?” He says “Yes. I waited until she remarried before I came out. She seems to be enjoying his life.” Kim says “It seems so simple to be who you are and yet so many people just aren’t.” The prince says “Exactly,”

After the lunch with the prince Kim sits down and talk to Kendall about what Caitlyn wrote in her book. Kim says “Cait says Kris knew but she didn’t want me to dress up. She also said that Kris took all the money and blew it and wouldn’t let me write any checks.” Kylie gets more and more upset as she is listening. She says “That’s not right. He raised you guys since you were two. She is just being mean and pushing herself away from all of us.” Kylie says “Now I understand why my mom feels the way she feels.”

Kendall comes over to the house and tells Kris “I spoke to Kim about the book and what dad said in it.” Kris says “I don’t think it was right for her to lie. Just tell your story and leave it at that. Now there is this book out there full of lies in print for your grandkids to read.” Kendall says “Right. She keeps saying the Kardashians, but these were the kids you helped raise. That’s just mean.” Kris says “Here’s what you have to understand. She walked away from four other kids and blamed it on me.” Kendall says “My mom has always been protective over Kylie and I.” She tells Kris “You have a heart of gold.”