Khloe Kardashian Looks Miserable Without Tristan Thompson By Her Side 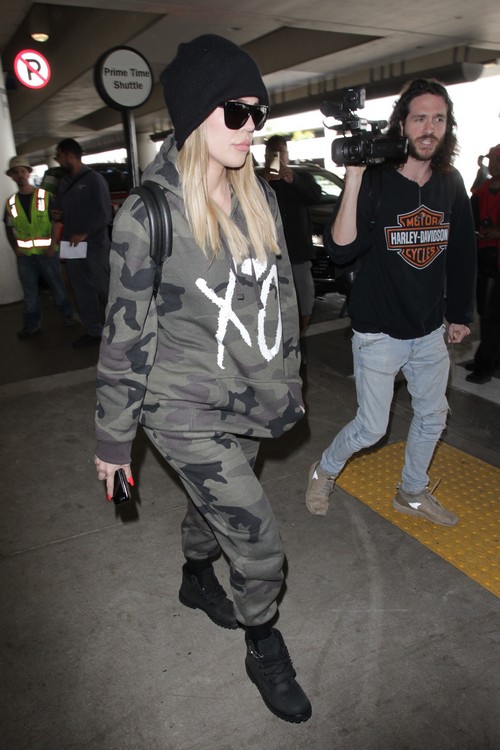 Khloe Kardashian has been dating Cleveland players Tristan Thompson. But, is there already trouble in paradise? The Keeping Up With the Kardashians star was spotted looking mopey after their recent vacation. This sighting comes after the reports that he wants “space” and to focus on himself and his career.

The 32-year-old reality star looked quite glum when she entered Los Angeles on Thursday, May 11. Khloe Kardashian was photographed wearing a matching camouflage sweat suit from The Weeknd’s clothing line that featured the symbol for hugs and kisses, XO, reports the Daily Mail. Khloe accessorized her look with a black beanie, dark sunglasses, black combat boots, and a black backpack. 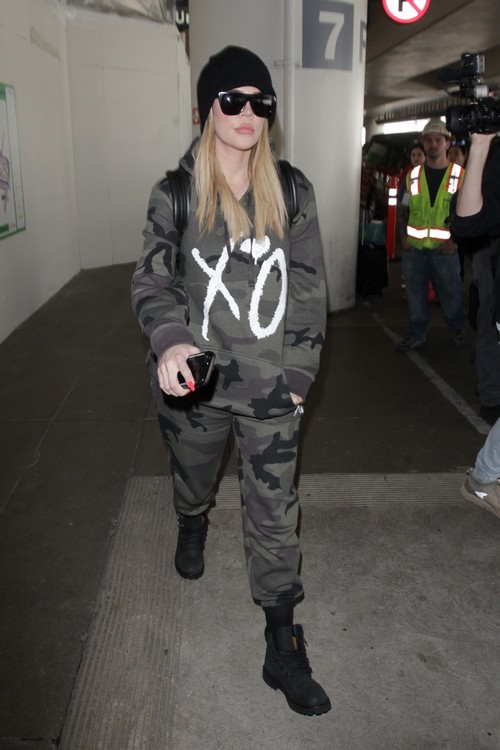 She reportedly returned from visiting her boyfriend Tristan Thompson over the weekend. Supposedly, it didn’t go well. Khloe has been spending a lot of time in Cleveland to spend time with her basketball boyfriend, who recently had a baby with his ex-girlfriend. Last week, it was rumored that Khloe broke it off with him, but she denied the rumors on social media.

Now rumors are swirling that he’s planning to ask Khloe Kardashian to marry him. Star Magazine claimed that the athlete was scared off when Khloe revealed in interviews that she wants to settle down and have kids. Meanwhile, Tristan told Khloe “that he just needed some space.” The alleged insider claims that Khloe has been “kicking herself for coming on so strong” and “hopes they can get back on track once the playoffs are over.” 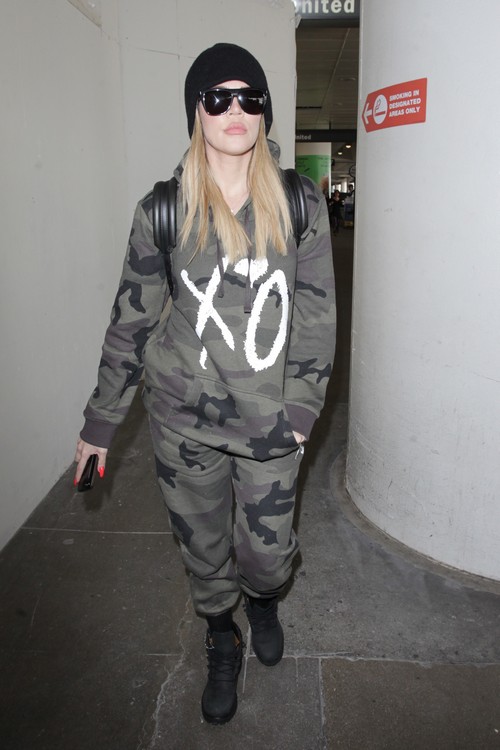 Radar Online claimed the reality star was dumped by Tristan during the playoffs. He didn’t want to get serious with Khloe when he’s just focusing on his first child with his baby mama. He reportedly asked Khloe to “take a break” during their relationship, so he could focus on the upcoming playoffs back in April. There have also been whispers that Tristan has been getting closer to his baby mama Jordan Craig, and there is a chance they could get back together.

As for Khloe, she has been trying to win him over with lavish gifts. She reportedly spent $50,000 a week on him with birthday parties and expensive declarations of love. The insider claims that Tristan has “cold feet” when it comes to Khloe, but it doesn’t look like he feels the same way about his baby mama. He thinks his relationship with Khloe is moving too fast when he was cool with knocking up his ex-girlfriend.