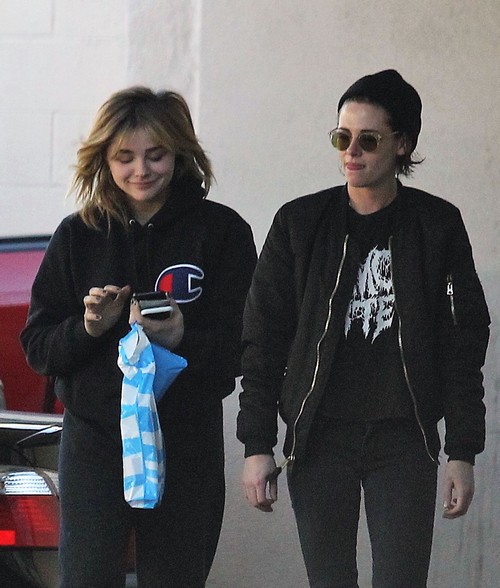 Are Kristen Stewart and Chloe Grace Moretz more than just friends? That’s what fans are wondering this week as Kristen and Chloe were spotted enjoying an intimate dinner date in Los Angeles this week.
Many eyewitnesses say that the two ladies looked very comfortable with one another while they were spotted out and about in Los Angeles. They were even dressed alike in matching beanie hats and sweaters.

Fans aren’t surprised that Kristen Stewart is spending time with Chloe Grace Moretz right now. Kristen has had a whirlwind year in the dating department. After all, she’s been jumping from one relationship to the next for months now. Her fans were shocked when she dumped her ex-girlfriend Alicia Cargile for model St. Vincent last summer. Kristen then debuted her new romance with Stella Maxwell right after her short-lived relationship with St. Vincent ended. So has Kristen now moved on with Chloe? That’s what fans can’t help but wonder. 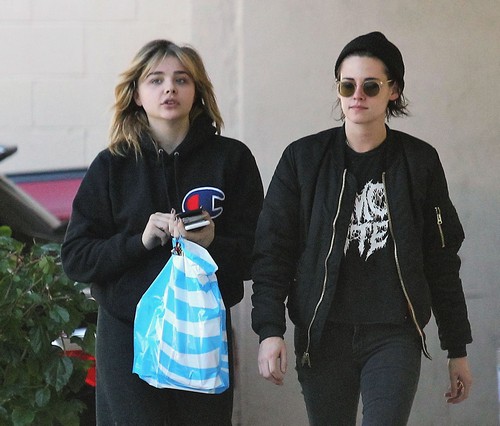 To complicate things even more though, Kristen and Stella were spotted sharing a kiss in Milan, Italy this week. Many had figured that the two were no longer dating since Stella didn’t accompany Kristen to the Sundance Film Festival last week. Insiders also believe that Kristen was probably using Stella after St. Vincent was spotted hanging out with her ex-girlfriend, model Cara Delevingne.

Kristen actually first met Stella at the Met Gala in May of last year, but she didn’t reconnect with her until after her St. Vincent break up. Kristen’s behavior has worried a lot of her close friends and family members, as they think she’s moving too fast from one girlfriend to another. 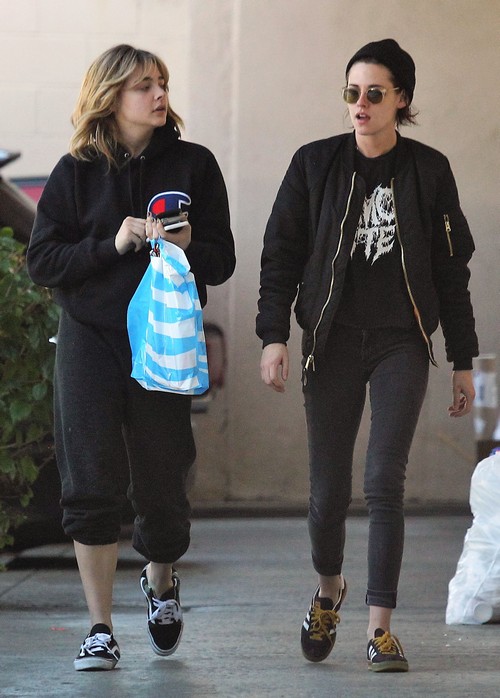 So is Kristen dating multiple women at the same time? Is Chloe looking to bring their friendship to the next level? Fans know that the truth will come out sooner rather than later. Of course, Kristen has not made any comments about her personal life to the media. No one really knows what is going on behind closed doors except for the actress herself. Chloe hasn’t been linked to anyone since her break-up with Brooklyn Beckham. Time will only tell if Kristen and Chloe are indeed more than just friends.

Do you think Kristen Stewart and Chloe Grace Moretz are dating? Or are they simply just friends? Drop us a line with your thoughts in our comments section below. Also, don’t forget to check back with CDL for all the latest news and updates on Kristen Stewart right here!

Kristen Stewart and fellow actress and friend Chloe Moretz were seen at the AT&T store in Loz Feliz, California on January 26, 2017. The pair wore all black casual outfits for the shopping trip. FameFlynet