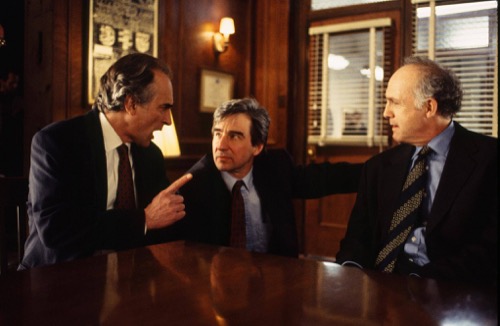 Tonight on NBC Law & Order SVU returns with an all-new Wednesday, October 4, 2017, episode and we have your Law & Order SVU recap below.  On tonight’s Law & Order SVU season 19 episode 2 as per the NBC synopsis, “The details of a rape put the SVU at odds. Meanwhile, Benson goes on the offensive when her personal life is scrutinized.”

The show opens with a man in black collecting items from a bed and pouring bleach on the items. He then tells an elder woman to brush her teeth and count back from 50. The man then takes jewelry and leaves the house. A young woman then enters the precinct and tells Rollins that she has been raped. The next scene is Olivia answering questions regarding the bruises on Noah’s arm. She denies ever hurting Noah. She is then asked about why she is seeing a shrink. Olivia says she was kidnapped by a psycho who tortured her and threatened to do much worse. Olivia asks the investigator to be straight with her. The investigator says that the truth is when Lewis was found you had beat him to a pulp with a pipe. I need to make sure you aren’t hurting Noah. Olivia says the only thing she is guilty of is taking her eyes off of Noah for a brief moment. The investigator says we are done for now.

Rollins interviews the young woman who reported that she was raped. She says he put music on that he brought with him that was in German. He told her that the song was about two lovers. He made her take a shower for a long time. He also told her to get the lock on her window fixed since that is how he got into her apartment. She also heard a timer ticking. Rollins tells her they need to get her to the hospital to get a rape kite but she says the rape was two weeks ago. She did get a look at him and says he looked like prince charming. He was wearing a mask.

Olivia arrives and Fin and Cressie give her an update on the case. The victim begs Rollins not to make her go back to her apartment. Fin finds out hundreds of stores sell that mask. He and Cressie survey the neighborhood to see if anyone saw someone with that mask. They also search her apartment and see that she documents everything she does online. They see her with a young man who the interview. He runs a service telling men how to get lucky. He is shocked she was raped and thinks of her as a sister. He sends them to a guy who had been stocking her at work.

Fin and Cressie interview her boss and he asks if they caught her rapist. He was going to fire her but took her to the local precinct the minute she told him she was raped. They are shocked to hear she reported the rape to a different police department. Olivia and Rollins go there and are told they weren’t called because the victim made the whole thing up. The whole time she was telling her story was trying to make sure her boss was listening. When he asked her boss to leave she changed her story to she thinks she just dreamt the whole thing. When he pushed it became obvious she was just worried that she was going to lose her job so she made the story up.

Olivia meets with the victim again. She reports feeling very alone and that she lived in foster care until she turned 18. She has no family and she knows no one believes her. Olivia says she believes her. Rollins and Cressie have doubts that her story is true. Fin and Olivia share a story of a girl they worked with before and Rollins and Cressie get on board. They decide to interview the victim’s previous foster parents for clues. One mom remembers that she came home to find Savanah in bed with another foster boy. They were both 17 and told her they were in love but when Savanah was going to be moved to a different home she changed her story and said the boy had raped her.

When she was confronted about text messages between them she said maybe she dreamt the whole thing. She then admitted she made it up because she didn’t want to change schools. Rollins tells Olivia they are being played. A call comes in and Fin and Cressie leave to investigate a rape. Rollins thinks Olivia is not seeing things clearly because of what is happening with Noah. Olivia meets with Savanah and tells her, her story doesn’t add up. She has to stop viewing herself as a victim. Fin and Cressie met with an elder woman and her daughter. The woman was raped two nights earlier and she didn’t call the police because the rapist took photos of her and said he would put them on the internet if she told anyone. He wore a prince charming mask.

The team realizes that Savannah was telling the truth. The elderly lady’s story exactly matches hers. Rollins and Olivia try to reach Savannah with no luck. Rollins apologizes to Olivia. The team finds a piece of DNA from the elderly woman’s inhaler and it matches a hair found in a burglary a year ago. They interview the woman and she says she thinks the man was going to try to rape her but her friend saved her. She thinks he was the guy who had her sign a petition the week before her attack.

Savanah finally talks to Olivia and tells her they are going to find the man who hurt her. The team learns that all three women signed a petition right before they were attacked. Fin goes to interview the owner of the canvasing company. Rollins tells Olivia that she heard a rumor that there never would have been an investigation of Olivia and Noah if it weren’t for Cassidy. Olivia confronts Cassidy and he admits he told the investigator about how she almost killed Lewis. Fin gets a name and address of a guy they thinks matches their profile. Fin and Cressie go to the home and Tommy isn’t there but his mother is. She is wearing the bracelet that was taken from the elderly woman. They search the house and find a list with the names of the woman who were raped with stars next to them.

They find a name with a star that they don’t know. Olivia and Rollins go to the address and find Tommy in the act of raping a woman. He runs out the window and up the fire escape with Rollins close behind. She gets him cornered on the roof. She tells him she knows he is a good guy. He doesn’t hurt women he helps them. She knows he cares. Tommy jumps to the next building and Cressie catches his hand before he falls but can’t keep ahold of him and he falls to his death.

Rollins take Savanah to lunch and tells her they will help her find a new place to live. Rollins then apologizes for not believing in her. Olivia watches cartoons with Noah.