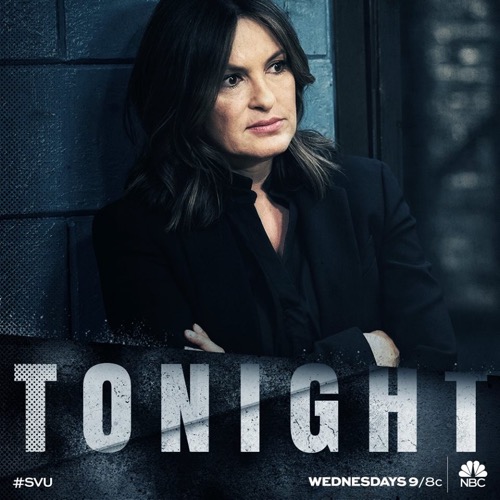 Tonight on NBC Law & Order SVU returns with an all-new Wednesday, February 15, 2017, episode and we have your Law & Order SVU recap below.  On tonight’s Law & Order SVU season 18 episode 11 as per the NBC synopsis, “Top youth hockey players are investigated by the squad following a violent hazing incident in a locker room.”

At a youth NY hockey game two men get upset when their kids’ team loses. When the kids leave the ice the parents put on their best happy face. In the locker room the couch gives a pep talk. After he leaves, two guys go after a kid named Jack Wilson who missed a shot. On his way out he falls to his knees. His mother notices blood coming from his backside.

The mother and son speak with Olivia and Carisi at the hospital. Jack says he doesn’t know who hurt him. He doesn’t remember. He fell on the ice. His mother gets upset. The father shows up. Olivia and Carisi take the parents outside. They tell the dad that is was a sexual assault victim. He looks shocked. Amanda and Fin head over to the arena to talk to the couch, who swears none of his players would do that. After a push from Fin, he shares that there are 2 boys called the Bash brothers who are rowdy.

The team call the two kids in for questioning. They blame another kid, Jack’s best-friend. Carisi and Amanda head to his house. They meet him and his mom at the door. They need them to come in and talk.

At the precinct, the mother doesn’t believe it. The boy Kyle sits, looking confused. The mother won’t let him speak until the dad gets there. Amanda meets with Kyle’s father when he arrives. He is angry and doesn’t want Kyle to talk. Olivia comes out. She gets a call that there is no evidence on the sticks.

The next day, Fin and Amanda tell Jack that they know Kyle did it. Jack’s parents tell him that he needs to tell the truth. He tells them the truth – that Kyle went crazy, he has never seen him like that before.

Carisi and Olivia go to Kyle’s to arrest him. Kyle and the parents aren’t home. He hurt his wrist at practice. He is at the hospital. Olivia and Carisi head there and see the parents in the waiting room. The father tells them to leave his family alone – they have enough to deal with. Olivia and Carisi inform him that they are there to arrest Kyle. They speak with his doctor who reveals that Kyle’s injury is suspicious. After some pushing, he tells them that he had past injuries too.

They approach Kyle to take him to the station. He says he landed on his wrist funny. They ask him who was there. Is someone getting physical with him? They want to help him. The father and mother come in. He is angry. Olivia states that she doesn’t need his consent to talk to Kyle. They have evidence that Kyle is being abused. They can arrest him or the whole family can go down to the precinct and talk. They call in his older brother. Fin asks him how his dad and Kyle get along. Amanda talks to the mother. She denies any abuse in the home. Kyle’s medical records say something else. They want to help Kyle. They need to know what her husband is doing.

Carisi talks with Kyle, who is cooperating. Amanda sits down with the dad. No-one is giving up anything. They arrest Kyle. He is released shortly into his parents’ custody. Amanda and Carisi get into an argument over the mother – she is just as responsible for the situation as the father even if she isn’t hitting him.

Olivia and Carisi head to the hospital to visit Jack. They are told that he died 20 minutes ago. They find his parents and sit down to find out what happened. Jack had a fever, an infection. Jack’s dad talks about Kyle’s father. He is a bully. He has seen him push his kids around, all of them.

The team gets video footage of Kyle and his dad. His dad looks angry, like he is telling Jack to do something to another player. Olivia and Carisi head over to Kyle’s house. The older son Adam freaks out – just tell them the truth, he yells. The mother stops them all from talking. The father comes in. They tell the family that Kyle will be charged as an adult.

Amanda and Fin get a call. Adam was beat-up by his father. He kept pushing him about Kyle and he recorded the whole thing on his phone.

At the precinct, they watch the video. The father punches the son Adam. The mother can be heard screaming in the background.

Amanda talks to Helen, the mother. She knows her husband loves her and the boys. She wants to leave, there are days she wants to take the boys and run. But then he acts like a good man. Amanda talks her into persuading her son into admitting that his dad told him to assault Jack.

Helen and Kyle sit down with Carisi and Olivia to talk about what Kyle can do. Kyle is reluctant until Carisi tells him about his youth – a bully he didn’t call out who later killed someone. Olivia needs him (Kyle) to testify so he can get a reduced charge. He agrees to do it.

On his way out of the interrogation room, Fin commends Carisi for his creative story. Amanda asks him if it really happened. He doesn’t answer.

Kyle asks his dad to meet him at the rink. The team comes in and arrests him. Kyle cries as he is carried away in cuffs.