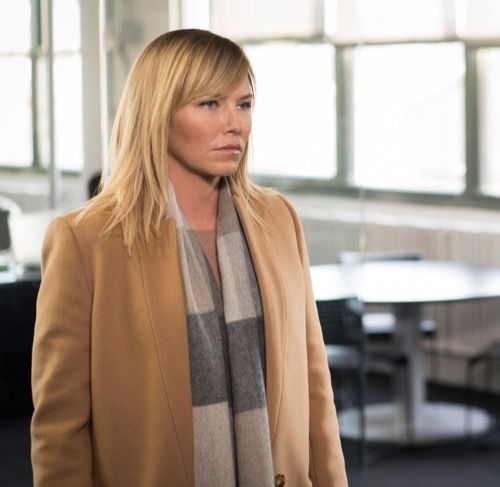 Tonight on NBC Law & Order SVU returns with an all-new Wednesday, May 3, 2017, episode and we have your Law & Order SVU recap below.  On tonight’s Law & Order SVU season 18 episode 17 as per the NBC synopsis, “A congressman is falsely accused of soliciting underage girls and asks the squad to debunk the rumor, but their investigation leads them to unearth a real sex-trafficking ring.”

A congressman came into the station and he had really wanted to talk to Liv on tonight’s episode of “Law & Order: SVU”. But Olivia didn’t know why someone like him would want to talk her. She normally dealt with child abuse and sexual offenses. So talking to the congressman had opened her eyes to what else was out there. This new problem apparently was “fake news” because someone had started a rumor that the congressman was a client of an underage sex trafficking ring and there were people that truly believed it however the congressman had asked SVU to investigate the matter seeing as they were the only ones that could clear his name.

However, Finn and Carisi hadn’t expected anything would come out of checking the restaurant. So they had been in a joking matter and thought they were just going to look in the basement when a gunman surprised. The lunatic with the guy had seemingly believed the “fake news” about the restaurant and the congressman so he went in guns blazing because he thought he could rescue the girls. Except there weren’t any girls. There was just a family restaurant and they couldn’t hand over captives they didn’t have though fortunately Finn and Carisi eventually took down the gunman and they even showed the alleged room.

The room that supposedly held the captives was merely the janitor’s closet and there wasn’t any secret door or girl in there. Though the police were taking this “fake news” a little more seriously after that and they talked to the guy that began everything. He was a conspiracy theorist and he believed he found many connections between the Coral Dragon restaurant and a pedophile sex ring. He had a few photos that he showed the police of young girls with older men and he told them that the men were customers who were abusing those girls, but Finn and Amanda told him that the photos could easily be that of fathers and daughters and so they went onto debunk his “evidence”.

They told him that the dragon’s tail on the restaurant door could easily be just a tail and not a hidden symbol for pedophilia and they also debunked his story about the emails. The email Congressman Bolton sent to a friend about the new steamed broccoli on the menu could easily be just about the new steamed broccoli seeing as people were looking for healthy meals. But no matter what the detectives said, they couldn’t convince Ron Duca that he was wrong. He believed he was right and he wasn’t going to stop telling his readers that the congressman was a pedophile. So Olivia later held a press conference to clear up any confusion.

She went before cameras and officially cleared both the restaurant and Congressman Bolton of any wrongdoing and Olivia along with her squad thought that would be enough. However, there was something that no one was expecting. There was a email belonging to the congressman that connected to an actual sex ring and so SVU investigated it because they didn’t know what to believe about the congressman though they found evidence of planting emails from the congressman to the sex ring. So Bolton was being framed! Someone had really wanted him to go to prison and they were willing to do anything to see that happen.

Though that was a crime and SVU needed to know where those girls were being sold through the actual sex ring. So the detectives had gone back to Duca and they had taken his computer to find out how he had gotten the emails yet he had tried to stop them in court because he claimed he was a journalist and that the police were forcing him to give up a confidential source. Only that didn’t work with the judge. She allowed the police to keep the computer and Duca had gotten so upset that he confronted both Olivia and Amanda saying that they were trying to bury the truth. And when they argued back, he smirked at them and reminded them that he still had his followers.

The same followers that believes everything he says. Yet, what Duca did next was dangerous. He had apparently put up photos of Amanda and Olivia with their children and he claimed that they had gotten the children in exchange for keeping quiet about the sex ring, but that wasn’t true. Amanda’s baby was biological and Olivia rightfully adopted her son through legal means. So both ladies wanted blood and they brought in Duca. Duca on the other hand was cool as a cucumber because he said that both women were single career ladies and that their children arrived out of nowhere so he honestly believed what he spouted.

Duca truly didn’t think there were other methods in which they could each become mothers and so he convinced his followers that the NYPD were on the take because why else would they come after him. But there was a break in the case. The cyber unit had tracked down where the emails originated from and they traced them to a known hacker. So they threaten the hacker with facilitating and they got him talking. He said that he was mysteriously paid to do what he did and that he had looked into the claims on ‘The Endless truth’ however he claimed that eh found something real.

The hacker said an employee at the Coral Dragon had actually been on the website that was selling girls. However, the “employee” was a former distributor the restaurant had used ten years ago before they fired them to hire a family member. So that was the only connection to the restaurant and unfortunately the detectives had already talked Ronald Fleming because his name had come before though they had dismissed Duca’s stories about him. And so the detectives had to go back to Fleming’s office and take his computer in order to see for themselves if he was a pedophile or a victim of fake news.

And, sadly, he was guilty. Fleming had been buying girls off the internet for a while and he agreed to set up a meeting with one of the girls because he had been promised a lighter sentence if he did so. Though before the meeting, Fleming had tried to kill himself and so that had made the girl’s driver skittish yet the police were able to catch up to him and they rescued the girl. So the girl led them to the house where she was being held captive with other girls that had been promised a job in the states and SVU managed to shut down the ring.

Yet, Olivia did pay Duca one more visit and she told him that if he didn’t retract the story about both children that she would keep watch on every single thing he did.

So he agreed to a retraction, but someone later shot and kill the congressman because he had gone back to the restaurant to show that it was safe.