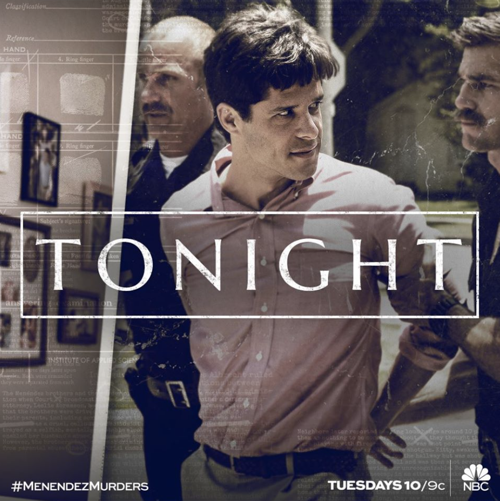 Erik calls Lyle. He doesn’t feel safe at home in California. Lyle reassures him and tells him to take a red-eye and come live with him. The detectives fly out to meet a friend of Lyle’s. He tells them that Lyle shared that his father had an extra-marital affair that really ripped his mom apart. The detectives head to meet with the boys’ aunt. Lyle shows up. They ask him to sit down and talk to them while Erik gets out of bed. They talk casually. Erik arrives. They talk to him alone. Erik has a hypothetical question- what if he took a gun from his parents and walked out of the house with it? They tell him it would be dangerous for him. They ask him if he is suicidal. He tells them no, but talks about his doctor. Lyle interrupts. They need to go meet friends.

The brothers’ lawyer makes a call to the detectives. He is angry that they have been put on the suspect list because of their phone records. He demands to be there for any interviews with the brothers from now on. The detectives head to Princeton University. They meet with Lyle’s former roommate Glenn. He tells them that Lyle offered him a job offer in the chain of restaurants he wants to start.

The detectives find Erik on the tennis court. They show him an interview Glenn did. He gets upset and heads to see Lyle, who tells him to remain calm and plunge ahead. They will be fine. Erik’s doctor calls him. He will see him in the morning asap.

Erik shows up at his appointment. He wants to go for a walk. He tells the doc he keeps having a dream where he is being chased. He keeps seeing his parents. He thinks it would be better if he was dead. He confesses to killing them. His doctor is in shock. They call Lyle in. Lyle wants Erik to leave. He is mad that Erik trusted a doctor and not him. Erik gets up and runs off. The doctor asks Lyle to come back in the room and talk. Lyle tells him no. The doctor goes into his office and calls his wife. He tells her to take their girls to a hotel.

In their jeep, Erik and Lyle sit. Erik apologizes. Lyle punches the dash. He asks Erik if he told him about ‘that.’ Erik tells him no. Lyle tells him they will figure something out.

Erik and Lyle sit down with the doctor. Lyle tells him that they were far from a perfect family. They begin to talk. Lyle gets nervous and makes them both leave.

The detectives visit again with Erik’s friend who wrote a murder script with him. They tell him he is going to wear a wire. Their friend meets with Erik for lunch. He tries to bait Erik, who tells him he did not kill his parents.

The doctor heads to his mistresses house. She has her head in the oven. She has a suicide note pre-written. He pulls her out. She begs him not to leave her.

The brothers meet with the doctor again.

The doctor tells his wife that his mistress is a patient and that she needs to move in so he can stabilize her. She agrees. His mistress needs $5k for her bills. He tells her if she goes back to her apartment by the end of the week he can give her a loan. She doesn’t want to have to pay it back. Maybe she will tell everyone that Lyle and Erik confessed to him that they killed their parents. The doc gets angry and grabs her by the shoulders. He tells her not to mess around.

Erik is playing tennis. He has a girl there. She watches him play. His aunt pulls him aside. He has a bill from the doctor for $7k. He tells her to pay it.

The doctor comes home to see his wife and girls in his bed. They are hiding from his mistress who told the oldest daughter she was going to take her mother’s place. He heads down the hall and tells the mistress to get out.

The next day, the mistress’ lawyer calls the detectives and tells them that she knows Lyle and Erik confessed to the killing. The police head to the doctor’s house. They confiscate the session tapes. Meanwhile, the police pull Lyle over and arrest him for suspicion of murder.

Erik calls Aunt Martha. He tells her that they arrested Lyle. He is in Israel for a tournament. He is flying back to turn himself in. Erik arrives home. The detectives arrest and handcuff him. He is put in a cell. Lyle is in the cell next to him.

Leslie Abrams meets with Erik in jail. She asks him to tell her what happened. She will not let him get rolled over. Lyle is brought in. She tells them not to talk to anyone but her.

Leslie meets with the aunt and uncle. They tell her about the boys’ father and his temper. He used to quiz them at dinner. He once called Erik a faggot because he never ate his food.