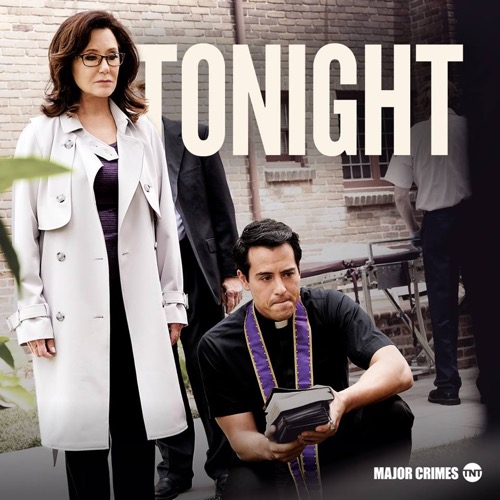 TNT Major Crimes airs tonight with an all-new Monday, October 31, 2017, episode and we have your Major Crimes recap below!  On tonight’s Major Crimes season 6 episode 1 premiere episode as per the TNT synopsis, “The Season 6 premiere. In Part 1, three 15-year-old boys vanish from a Catholic school field trip, and new Asst. Chief Mason orders Major Crimes to treat their disappearance as a critical missing.”

The show opens with several students exiting a school bus on a field trip. They are touring a museum. Three boys break away from the group and are last seen in a video from the museum ten hours before the team gets a report they are missing. One of the boys is a type 1 diabetic and needs his medication. Louie doesn’t understand why this is considered a major crime since the boys haven’t been missing very long and are probably just fooling around. The Chief gets angry and asks if they were three white boys instead of Hispanic would he be asking the question. The rest of the team is silent.

The team questions the boy’s parents while Mike searches social media. One of the parents remembers that her son received an angry call from a neighbor named Marvin Garrett. It seems he wanted her son to stay away from his daughter. Maybe he had something to do with the boy’s disappearance. Marvin’s daughter is named Kelly and is 16 years old. She has had a crush on each one of the boys at different times. The priest from the school comes to meet with the team. He knows the boys very well and brings one of the boy’s backpacks that was left on the bus. Inside the team finds Lucas’ insulin.

Sharon calls in more staff and the dogs in hopes of getting the boys scent leaving the museum. Sharon’s son brings her food in hopes of helping her to get her strength back after her flu. He complains that Gus has continued to avoid him. The team searches each one of the boy’s homes and lockers in hopes of finding a clue to where they might be. A gang bracelet is found in one of the boy’s lockers, some boy whose stepfather died two months before. It was reported that he fell from a balcony in the home but the team now thinks he may have been pushed.

Drugs are found in the garage of another of the boy’s homes. The father has just been out of rehab for two weeks and his mother explodes that he must be using again. The father yells at her to worry about Lucas rather than the drugs. In a second boy’s home one million dollars in cash is found. The family is illegal immigrants and swears the money is legally theirs but the team is not so sure. All three boys scent is followed to an intersection and then it goes cold. They think someone was waiting for them in a car. Right now the team has a priest who seems very close to the boys, one set of parents with a large sum of cash, another with a serious drug problem and the third with a gang connection. They have more questions than answers.

Sharon decides to get the boys photos out to the media. A specialist is called in who knows teenagers, Camelia. She is very abrasive but does seem to know her stuff. Lucas’s family continues to deny that the money they had hidden in their home is related to drugs. Louie joins the team and knows Camelia very well. The team searches Lucas’s dad’s medical practice but don’t find anything. Camelia thinks Kelly might be the link they need in finding the boys. As the team get to Kelly’s house it is surrounded by the media. Her father refuses to let them talk to Kelly.

Louie addresses the media to announce that Kelly’s father is now a person of interest in the disappearance of the boys. The lieutenant is not happy with Louie’s press conference and the fact that he didn’t clear the church and the priest as having something to do with the boy’s disappearance. Ryan’s biological father is finally found and says he saw Ryan two weeks ago because he posted something on his Facebook page. It seems Ryan is remarried and his new wife doesn’t know he has a son. The team now adds him to the list of suspects who may have a reason to want the boys dead.

Sharon is called away by DDA Hobbs. She tells Sharon she has ordered bodyguards for Emma Rios and Rusty. A Carolyn Sayles was just killed. She was the step-mother of Phillip Stroh. Sharon meets with Rusty to tell him there have been five deaths related to Stroh. He doesn’t want protection but she insists. The team is called to the scene where one of the boy’s dead body has been found. There is still no sign of the other two boys. They are all upset at their lack of progress.