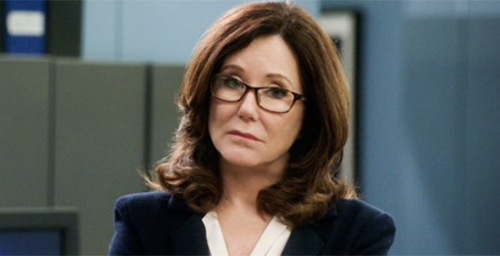 TNT Major Crimes airs tonight with an all-new Monday, December 12, 2017, episode and we have your Major Crimes recap below!  On tonight’s Major Crimes season 6 episode 7 episode as per the TNT synopsis, “Conspiracy Theory: Part 2” as per the TNT synopsis, “The squad investigates the death of a second woman related to the Tackles case, and a new theory materializes. Meanwhile, Sharon faces a health setback; and Gus reacts unexpectedly to Rusty’s partial solution to their relationship problems.

The team meets at Vanessa’s house to search the home and to see if there are any clues to her death. Sharon almost faints but regains her footing. The time of death is between 11 am and 3 pm. She died before the protest at Tackles. The team notices one of her blue glasses is missing from the house. The coroner determines that Vanessa had been shocked several times with a stun gun then put a plastic bag over her head to kill her. Several of the Tackle employees come to the station to be interviewed to see if they can offer any clues to Vanessa’s death.

One of the other girls in the suit asks if Vanessa killed herself. She says Vanessa attempted suicide a couple weeks ago. Vanessa was an aspiring actress and they decide to call the director, Eric, back in to see if he knew Vanessa at all. He denies everything and says he was working when she died. His alibi checks out. They decide to review everyone who was at the opening at Tackles. The team notices that several of the security guards who worked at Tackles the night of the opening were carrying stun guns like the one used to hurt Vanessa.

Gus shows up at Rusty’s work and he gives Gus the letter of recommendation and a check for two months of work. Gus is not happy and they fight but he tells Rusty that he only slept with Aiden twice. The team is able to get Vanessa’s telephone and see that she and Bonnie talked a lot. The owner of Tackle, Curtis comes back to the station for more questioning. He is confronted with Vanessa’s death and that he has ready access to stun guns. He denies everything. Using Vanessa’s phone the team realize that she was seeing a therapist who specialized in the treatment of sexual assault and they think Craig may have raped her.

Gus calls Rusty several times but Rusty ignores him. Rusty shows Sharon his diploma and she gets emotional. She hasn’t been this happy ever. Bonnie’s son, Stanley, gets angry that the team told the other girls involved in the suit that Vanessa was raped. Several have dropped out of the suit and he won’t have a case if they keep it up.

The therapist is interviewed and says that Vanessa didn’t want anyone to know what happened to her. She never told her the name of her rapist but that Vanessa did know him and she thought he put a drug in her drink. During the attack, he kept saying, “Trust me.” While the team doesn’t know the name of the attacker they are quite sure he was not a beginner. Stanley turns over his mother’s notes to the team. Gus meets Rusty as he leaves his office and thanks him for what he did. He also tells him he loves him. He begs for another chance. Rusty tells him he just doesn’t know how to forgive him.

The team discovers that Curtis was previously accused of rape when he was in college. Drugs were also involved. The victim was paid off by the college because Curtis was a big football star. The team is sure he is the killer and rapist but have no proof. They confront him at his club to see what his reaction will be when they let him know they know about his past. He says he did not rape her and she actually called him the night she was raped. She wanted his protection. The team checks out Craig’s alibi and it checks out.

After reviewing Bonnie’s record’s they see that she was a serial rapist who has ties to Tackles. Vanessa and Bonnie weren’t killed because of the suit. They were killed because they were close to naming the rapist. The team needs to find the other victims quickly before they are also killed to keep them from talking. Andy and Sharon meet with a specialist to follow-up on heart condition.