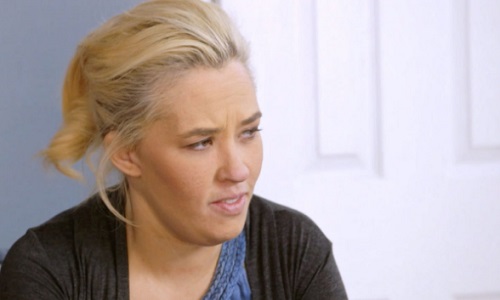 Mama June has revealed her insane weight loss. The reality star is now down to a size 4! June Shannon of Honey Boo fame has been sharing her weight loss journey in her new WE TV show, Mama June: From Not to Hot.  In the Friday night finale of the show, Mama June debuted her new body and her new attitude.

Over the course of the season, Mama June started a strict exercise regimen to lose over 300 lbs. She also underwent several surgeries to take off the excess skin. One surgery took an estimated 7.5 hours. All to fit into a sexy red dress for the wedding of her ex, Sugar Bear and a special photo shoot.  Mama June bought the dress with 100 pounds to lose in the beginning of the season with a goal of fitting into it in time for the wedding.

“There’s so much pressure on me to look good for this photo shoot and Sugar Bear’s wedding, but I’m still feeling pain from boob job and tummy tuck I had 4 weeks ago,” Mama June shared. 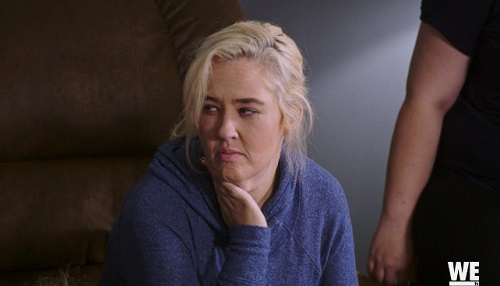 Mama June’s initial motivation to lose weight was to make Sugar Bear jealous, but that all changed after going under the knife several times. She admits that she kept going to drop the pounds for herself and no-one else. Her own daughters weren’t fully supportive either. The reality mom didn’t care though.

During the season finale of the show, Mama June’s daughter, Alana “Honey Boo Boo” Thompson, finally came around, admitting that she was proud of her mother. Adding, “she looks great.”

Although, Mama June was uninvited to Sugar Bear’s wedding for disrespecting his new wife to be, she showed up in the red dress for her big reveal.

What do you think of Mama June’s transformation?  Share your thoughts in the comments below and don’t forget to check CDL for more Mama June updates and news. 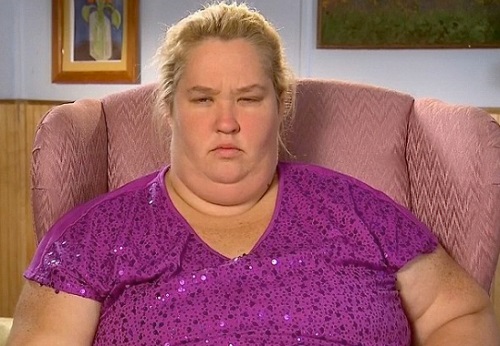