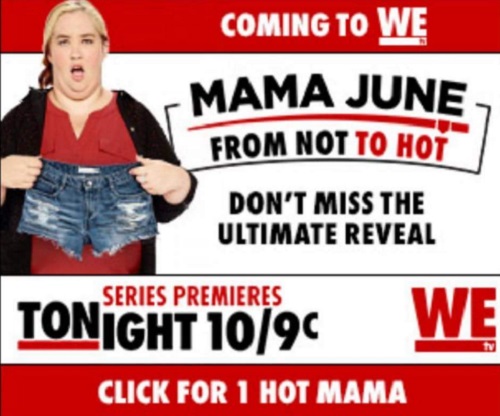 It looks like Mama June Shannon is making quite the reality television comeback. After being shunned by the TLC network, the former ‘Here Comes Honey Boo Boo’ star has managed to help the WE network win their highest rated series premiere ever. Her new show, ‘Mama June: From Not to Hot’ managed to deliver the best results the network has ever seen in its history.

Mama June’s new WE tv documentary chronicles her weight loss journey. Mama June used to weigh a whopping 460 pounds but has apparently dropped down to a size 4 thanks to her gastric sleeve surgery. She also got work done on her breasts, chin and arms. Cameras follow her as she tries to navigate her new life with her new body and attitude.

According to Deadline, ‘Mama June: From Not to Hot,’ was the top show among women and also the number one ad-supported cable program during its February 24th premiere. The program managed to pull in a total of 2.29 million viewers.

WE tv President Marc Juris even said in a statement, “At a time when so much is competing for viewers’ attention, Mama June’s journey is proof that great storytelling with compelling characters can break out and deliver a significant and engaged audience.” 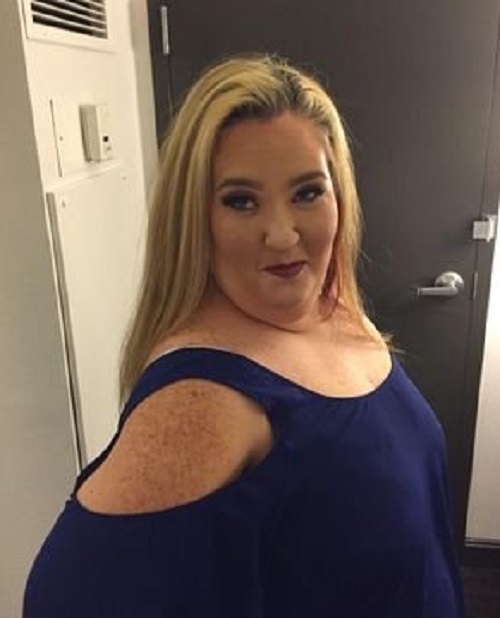 So does this mean that we’ll be seeing more of Mama June in the future? That might be the case. After all, she’s managed to do what very few reality stars have done in the past, and that’s make a comeback after a serious scandal. Mama June and her family were dropped by the TLC network after it was discovered that Mama June was dating a registered sex offender, Mark McDaniel.

But, now that she’s a huge star again, some believe that she might end up getting her own full-time show. Unlike Michelle and Jim Bob Duggar or even Kate Gosselin, viewers have made it clear that they are willing to give Mama June a second chance at stardom.

Mama June has been forced into hiding until the big reveal on her new television show. Tell us, do you think Mama June should have her own full-time reality television show again? What do you think of ‘Mama June: From Not to Hot?’ Let us know by leaving us a line in our comments section. Also, don’t forget to check back with CDL for all the latest news and updates on Mama June Shannon here! 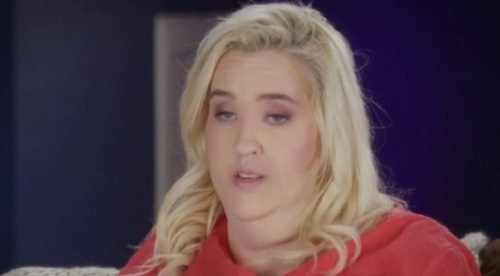 Oh k here is my radio tour for today I’m about to start if u want to listen in #mamajune pic.twitter.com/jp66qDGkLi