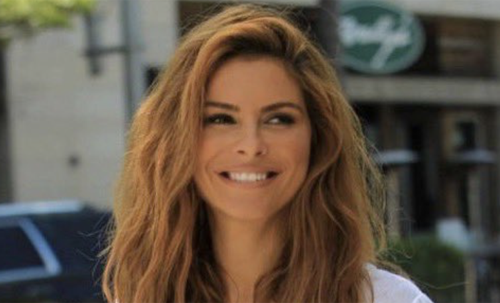 Maria Menounos has revealed that she was recently diagnosed with a brain tumor. This news was especially heartbreaking considering the E! News host’s mother is battling stage four cancer. Now Maria Menounos, popular television personality, is opening up to People magazine about her shocking diagnosis.

Maria says she started suffering from slurred speech and had trouble reading the teleprompters. This led her to go to the doctor for an MRI, after which she was told by doctors that she had a golf ball sized tumor in her brain. Maria then went in for a seven-hour surgery to remove the tumor on June 8, which also happened to be her 39th birthday. Luckily for Maria, the tumor turned out to be benign (non-cancerous).

When asked about how devastating it must be given such a grim diagnosis at the same time your mother is battling cancer, Maria said, ” I didn’t cry, I actually laughed. It’s so surreal and crazy and unbelievable that my mom has a brain tumor, and now I have one too?”

Maria Menounos is now home and healing, although she is still dealing with some side effects, such as problems in her balance and also her face is still numb from the surgery. However, doctors say she should make a full recovery within the next few weeks.

Even though there is a 6-7% chance that her brain tumor could someday come back, Maria remains in good spirits, telling the magazine, “I’ll take those odds any day”. She is also receiving support from her fiancé, Keven Undergaro, whom she has been with for 20 years. The two became engaged in March 2016.

For now, Maria has decided to step away from her E! News anchor job. She issued a statement that read in part, “I am so grateful for the past 3 years at E!. I had such an amazing time co-hosting with Jason Kennedy and working every day with a wonderful roster of talent on the show including producers, staff, and crew. It was such a special, good-hearted group and one I’ll always consider family.”

Maria also states that she looks forward to the next chapter of her life, including focusing on her passion projects after she takes some time off to recover completely. Maria also updated everyone on her mother’s condition, saying that a recent MRI revealed her mom’s brain tumor has remained the same size.