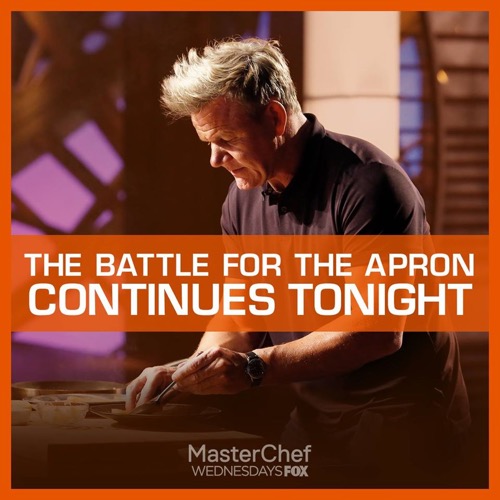 Tonight on FOX Masterchef returns with an all new Wednesday, June 7, Season 8 episode 2 called, “Battle for a White Apron, Pt. 2,”  and we’ve got your MasterChef recap down below! On tonight’s MasterChef Season 8 episode 2 as per the FOX synopsis, “In the conclusion of the Season 8 premiere, nine aprons remain as the remaining chefs compete for a spot in the Top 20.”

MasterChef begins with judges Chef Gordon Ramsay, Chef Christina Tosi and Chef Aaron Sanchez await the remaining home cooks challenges to see who will receive the last of the white aprons and land a place in the Top 20.

The first round is up beginning with Josh, a political consultant from Ohio who is hoping his veal dish will earn him an apron. He will be competing against Dino who is from New York and a ballet dancer. He jokes how crazy he really is, and even though he is making a veal dish he is Vegan now.

Chef Gordon Ramsay gives them 30 minutes to make their veal dish. Josh says he loves cooking because growing up his family always ate take-out or food from a can or box; he wanted to teach his kids the importance about organic, fresh ingredients. Chef Christina Tosi learns that Dino’s love for cooking came from his grandmother always chasing him with a spatula saying one day he would have to cook for a big family. He says they will disown him if he loses.

Josh made veal parmigiana with basil-ricotta cheese and creamy polenta with traditional red sauce. Chef Aaron says the cook on the veal is spectacular and the seasoning is impressive and a beautiful rustic sauce. He feels it is remarkable. Chef Ramsay says the veal was cooked beautifully, could have been sliced thinner. It is clear Josh can cook but he should have left the polenta off the plate.

Chef Christina asks Dino about his veal parmigiana dish; it is with Italian squash and zucchini and Sicilian gravy. She said she was initially concerned about him making two different tomato sauces but they brought in two different flavor profiles in, the veal is cooked nicely. Chef Ramsay says the veal is evenly done and the sauce is delicious but got away with too many vegetables and clumsy looking. Chef Christina gives the apron to Dino.

The second round is up with Taylor, a digital marketer from Texas; this is her second chance when she lost out to Andrea for a white apron for making muffins; this time she has no idea what they are going to throw at her. Her competitor is Caitlin “Cate” a nutritionist from Chicago, who is also back from last season.

Chef Ramsay welcomes them back and says for their redemption battle tonight they will be working with a chef’s dream: salmon and he is going to show them how to filet the salmon into 8 perfect portions. They have 45 minutes to make a MasterChef worthy salmon dish.

Taylor’s dish is up first, she has made a crispy salmon filet over garlic-cilantro rice, asparagus and mango salsa. Chef Ramsay says the salmon she nailed, the salsa is nice but he wanted more creativity, and the presentation could have gone a bit further. Chef Aaron says the most remarkable thing on her dish is how much flavor she was able to get into that salsa. He said her mistake was putting the salsa on top of the filet as it loses its texture.

Cate made pan-seared salmon with spiced potato, charred corn and Rasam broth. Chef Ramsay said she executed the salmon perfectly and the broth is wonderful. He said the dish was over generous but she has a strong work ethic. Chef Christina says she did the salmon beautifully, she shows confidence in building flavor but says the dish is too large and clunky; unsure if the balance is good enough to win the apron. Chef Ramsay says they have a unanimous decision and he hands the apron to Cate.

The next battle features steak and four cooks will be competing for two white aprons; Michael from New Jersey is a former COO, Brien is from Redding California and is a magazine ad salesman. Daniel is from Medford and is a substitute teacher, the final cook is Aakash a client manager from Alexandria, Virginia.

Chef Christina welcomes the men informing them Chef Ramsay is going to show them the perfect way to cook an amazing steak served with a flambe sauce. They are given 30 minutes by Chef Aaron.

Michael’s dish, Thai rib eye with Brussel sprouts and sweet potato mash. Chef Ramsay says the steak is seasoned beautifully and caramelized like a pro, but tells him you don’t combine a sauce with sweet potato mash as it becomes too mushy. Chef Aaron asks Daniel about his dish: filet mignon with fried yuca and shallot-mushroom sauce. The cooking of steak is spot on but the yuca is underdone, but does praise him for doing a good job.

Chef Christina approaches Brien’s dish which is a pan-seared filet mignon with bacon Brussel sprouts and garlic-chive mashed potatoes. She says the steak and potatoes are delicious but she wouldn’t have known there was a sauce on his plate and he needed the sauce.

Chef Ramsay asks Aakash about his steak dish; he created a Masala rib eye with pepper-bourbon sauce, potato puree and bacon arugula salad. He loves everything on the plate but hates that he used a blender for the potatoes because it makes it into wallpaper paste. All 4 raised the bar but only two aprons went to Daniel and Michael.

As the competition continues, tears are shed while others jump for joy. Jeff, a marketing director and Eboni, an addiction counselor. Heather, a registered nurse and Jennifer, a debt collector have earned their white aprons.

The final competition is up for the last 2 home cooks Mike Newton, a ranch owner from Texas and Tom, a draftsman from Hawaii. Chef Christina says a real MasterChef needs to know how to butcher and cook but they also need to know how to bake. Their battle is to show they can make cupcakes worthy of the white apron and have 50 minutes to do it.

Newton is up first with his chocolate cupcake with espresso, chocolate chips and chipotle-bourbon pecans. Christina is shocked, they are beautiful and glistening. She says the espresso and bourbon was smart, flavor-wise he is spot on. Chef Ramsay tells him that is delicious and if that is what he can do with a cupcake he’s excited to see what he could do with a steak; even says wow to Aaron and Christina as he walks away.

Tom is the last dessert to serve for the Top 20. He made chocolate cupcakes, vanilla frosting, caramel and candied-macadamia nuts topping. Chef Christina cuts it open and says it tastes like a sundae, the cupcakes were over cooked and the cream inside added the moisture. Chef Aaron felt there was no need for the cream filling, the star of the dish is the topping.
Chef Ramsay says this is right to the wire as Christina tells them this is the closest battle they have had yet and the apron belongs to Newton; Tom jokingly took it out from behind his back in front of the crowd. Newton says this is his second chance and he isn’t going to waste it.