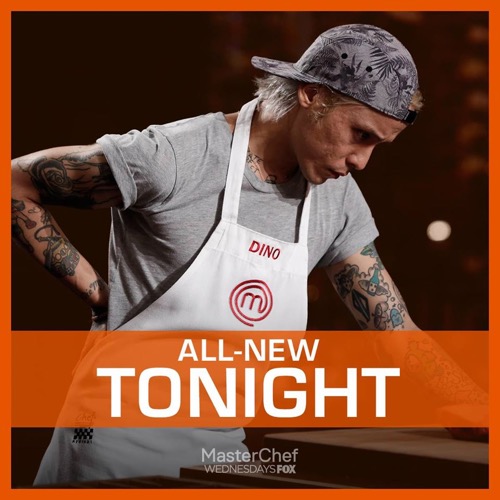 Tonight on FOX Masterchef returns with an all new Wednesday, June 28, Season 8 episode 6 called, “Silenced by the Lambs,”  and we’ve got your MasterChef recap down below! On tonight’s MasterChef Season 8 episode 6 as per the FOX synopsis, “Cooks take part in a skills test that requires them to prepare racks of lamb with fine artistry. Those who fail to impress the judges face an elimination challenge that includes recreating Gordon Ramsay’s signature lamb-chop dish.”

MasterChef begins tonight with Chef Gordon Ramsay, Chef Christina Tosi and Chef Aaron Sanchez greeting the top 17 home cooks. They are all about to face a skills test in butchering. On the menu tonight is Colorado’s finest lamb and Chef Ramsay shows them how to properly butcher a full rack of lamb.

Chef Sanchez tells them to go back to their stations where they are told their challenge is to cut their rack into perfect pristine Frenched rack of lamb and the home cooks who execute it to their standards they will be safe and those who didn’t will face an elimination challenge where at least one of them will be sent home. They are given 20 minutes to butcher the lamb properly.

The chefs check each their stations, with Jason who is 98% correct, Chef Sanchez is impressed and sends him up to the balcony. Jennifer tried her best but Chef Ramsay says the bones look terrible and definitely doesn’t look like the Rolls Royce of lamb but more like a dog chew. She is not safe. Sam’s rack looks just as bad, and is not safe too.

Cate is told hers looks gorgeous and very impressive. Chef Christina says she is safe as its the closest to Gordon’s. Eboni’s rack looks horrible saying its not Frenched but screwed, she is not safe. Jeff and Brien are both safe. Gabriel is sent upstairs while Caitlin is not safe. Daniel’s is immaculate and he is safe. Jenny stays at her station. Yachecia’s is text book according to Chef Gordon Ramsay and is beyond safe.

Reba is one of the best of the night and is safe. Chef Aaron picks up Newton’s rack of lamb and closely inspects it as he expects more from him as he is a Rancher. It is a mess admitting it was one of the most difficult challenges he has done. He calls it a crime and he clearly isn’t safe.

Cate and Yachecia are the top two with stellar jobs. Chef Christina calls the bottom 6 cooks to the front; they are told to take their butchered rack of lamb and turn it into a dish worthy of his restaurant. Chef Ramsay is going to show them how to replicate the dish before them.

Chef Ramsay tells Chef Aaron and Chef Christina that the home cooks have double the amount of lamb that they need, and it is possible for them to create the dish. They are given 60 minutes to complete it.

Eboni is concerned with making the dish as good as Ramsay’s and says she may get divorced if she is sent home on a rack of lamb as she cooks her husband lamb every week. Sam is confident that he can do this. Newton feels embarrassed over his performance and this is all about redemption for him right now. Ramsay wants to see the fight in him.

Jennifer is frazzled as the Chefs watch concerned that she is going to crumble. Chef Christina tells her to focus and talks her through the dish so she can concentrate more. She tells Jennifer she believes in her and she can do this. Chef Sanchez talks to Caitlin who is focusing on the task at hand, making sure she doesn’t burn the meat.

Eboni presents her dish first. Chef Gordon Ramsay is amazed she had something looking this good and doesn’t understand why she looks so down. He says the dish is delicious, the lamb is cooked to perfection and she cooked like a Chef’s dream; he just wants her to believe in herself more. Chef Christina loves the dish and the replication is almost exact.

Sam comes forward and Chef Aaron Sanchez is disappointed that he sauced the top of the lamb. He says the lamb still has fur on it, its so rare and the crust is a disaster with too much bread crumb. Chef Ramsay says the lamb is blue and there is no excuse for it. He spits out the piece of lamb saying he can’t swallow it as he won’t do that to his palate. Sam says he might eat it and Ramsay says that says a lot about Sam.

Chef Ramsay compares watching her cook to being on an airplane which is suddenly nose diving. He asks if she is as confused as he is and asks her what the hell happened. She admits she gets panicky and he wants to know why as she takes people’s possessions away for a living and a rack of lamb made her cry. He tells her to stay composed. The lamb is cooked beautifully, the only thing wrong was she put the rack back in the oven upside down. He tells her to stop working herself up and stop showing her weakness.

Caitlin wants to show the judges why she should stay in this competition. Chef Sanchez says it looks like Easter around here. He says the cooking of the lamb is out of this world. He says the dish all around is well done. Chef Ramsay says she nailed the lamb ten times over and the plating was great, just the breading was a bit clumsy. He says if she continues like this she will be more than a threat.

Jenny brings up her dish and Chef Christina says the cook on the lamb is beautiful, and the sauce makes the lamb shine. The flavors are there and she did a pretty good job. Chef Aaron says the cooking of the lamb is spectacular and completely transformed what didn’t look savable.

Newton is the last one up with her dish, he feels he would be a jackass if he was sent home on a meat dish. Chef Christina attempts to cut open the lamb, saying “Nope” as the lamb is definitely under-cooked. There is way too much mustard on the lamb she can’t taste anything else. She felt if anyone was going to mail this dish it would have been him. She says the only person who would eat that dish is Sam.

The 6 homecooks come to the front and the two people absolutely safe are Eboni and Caitlin and they are sent upstairs. Two more are safe: Jenny and Jennifer who did just enough to stay in the competition. Sam and Newton stand as Ramsay says one of them knows its the end of the road and Chef Ramsay tells him to untie his apron and place it on his station.

Sam unties his apron and Ramsay agrees as Newton heads upstairs. They hoped Sam would bounce back but he is not ready to be the next MasterChef. He feels privileged for being there, walks back and places his apron on his station and leaves. Newton sends his best wishes feeling Sam took a bullet for him. Everyone says goodbye to him.