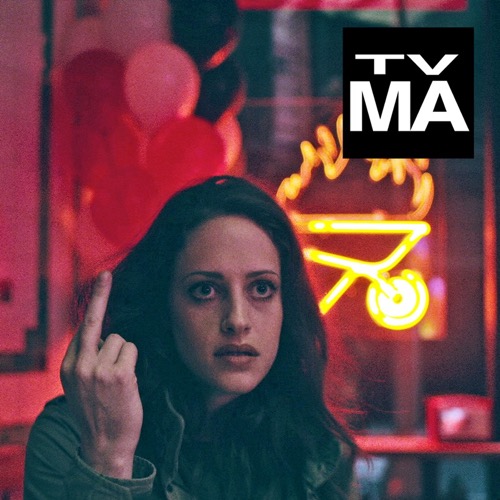 Mr. Robot returns to the USA network tonight with an all new Wednesday October 11, season 3 episode 1 called, “Eps3.0_Power-Saver-Mode.H.” We’ve got your Mr. Robot recap down below! On this evening’s episode as per the USA Network synopsis, “In the Season 3 premiere, Elliot gets woke and realizes that his mission needs help from Angela. In other events, Darlene freaks about them coming out clean.”

Tonight’s episode looks like it is going to be great and you won’t want to miss it, so be sure to tune in for our live coverage of USA Network’s Mr. Robot recap at 9:00 PM EST! While you wait for our recap hit the comments and let us know how excited you are for another episode of Mr. Robot tonight.

Tonight’s Mr. Robot recap begins now – Refresh Page often to get the most current updates!
A fixer came to town. He’s a bit of a loudmouth and likes to believe he knows everything about everything. But it turns out he was the one that gave Tyrell the gun. He had given it to the other man for safekeeping and so he had been a surprise for him when he got a call about Tyrell shooting Elliot. Elliot was thankfully still alive when the fixer got there and so doctors had been called however many have started to voice their doubts about both Elliot and Tyrell handling Stage 2 because both men were just too unstable.

Meanwhile Stage 2 was very important to the Dark Army because only then could then take the next step. So it had been suggested that it should be handled by someone else yet the Whiterose thought it best that both men remain in their current positions and anyways he had already gotten the upper hand on Elliott. Elliott survived and he woke up to find Angela in the seedy room with him. But Angela wasn’t the same person that he knew. She had gotten picked up by the Dark Army before she could turn herself in at the FBI and they have been using her ever since.

Angela said that Elliot had to go through with Stage because the Dark Army threated to kill her if Elliot were to back out. But going ahead with what they wanted – destroying EvilCorp’s databases and killing everyone working there – was something that Elliot couldn’t accept willing. Even if it had been his plan! Elliott though didn’t remember coming up with it and he would never have strung along Darlene if he did. So he later found himself having to explain to Darlene why she had been left out of the loop.

Darlene had gone to his place because she had been scared and so she told her brother that she thought the Dark Army was going to come after her. But Darlene had also been upset because she thought her brother had hidden the fact he created Stage 2 for he knew she wouldn’t go along with it. So Elliot explained that it hadn’t been “him” as in the real him that came up with the plan and he tried to shut down Stage 2. He and Darlene went to an underground gaming competition and Elliot was going to use the computer there to shut the Dark Army out of EvilCorp’s systems.

But somehow the Dark Army had found out about them. They had gotten pulled out of the club and had then been directed to taxi being driven by the fixer. The fixer – Irving – had gotten the FBI off the siblings’ trail and he had also wanted to tell Elliot to take it easy. He minded Elliot that the doctor told him not to take care of himself and said Elliot couldn’t do if he was running all over town. So Elliot got down to business. He waited until his sister had been sent off and told Irving that he was out.

Elliot said he was pulling the plug Stage 2 and Irving told him their employers weren’t going to be happy. He said that the same bullet that was taken out of Elliot could easily be put back in. But Elliot said he was out and that all repercussions should fall back on him. So the men had parted ways and Elliot told his sister that he called everything off. He said that he cut ties with the Dark Army and had gotten the chance to lock them out of EvilCorp so that they couldn’t pull off Stage 2. And Darlene thought they should do more.

Darlene wasn’t satisfied with merely stopping Stage 2. She wanted to do more and had left Elliot to do some soul searching by himself. But Elliot didn’t see what Darlene was saying until he started to think and realized what his sister hadn’t wanted to say was that they were the problem. They shouldn’t have caused 5/9 because that only made the Dark Army stronger. So Elliot believing he was the problem had gone over to Angela’s. He had asked her to help him get a job at EvilCorp so that he could undo everything he put into motion. And he also asked Angela to watch him.

Elliot told Angela that she knew him better than anyone else and so he asked her to keep watch over him so that she could stop from turning into someone else. But Angela didn’t mean it when she said she would watch him. She watched him change into Mr. Robot and then helped Mr. Robot to undo what Elliot did so that they could take down EvilCorp together. Angela knew when the two changed over and she was helping Mr. Robot keep Elliot from finding out what they were doing. So Mr. Robot eventually asked Angela how did she knew and Angela said Mr. Robot never turns away when they make eye contact.

But with Angela now working with Mr. Robot, she told him everything that Elliot was planning and said he should still take the job at EvilCorp just to ensure that nothing else goes wrong. So Angela was willing to go ahead with Stage 2 because EvilCorp and she wanted revenge!