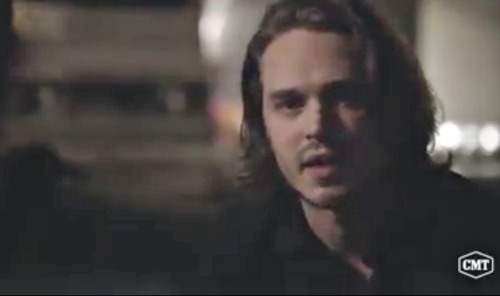 Tonight on CMT Nashville starring Hayden Panettiere returns with an all new Thursday, January 12, 2017, season 5 episode 3 called, “Let’s Put It Back Together Again.” and we have your weekly Nashville recap below for you. On tonight’s Nashville episode, as per the CMT synopsis, “Maddie  (Lennon Stella) begins an internship at a recording studio and meets a street musician; Avery (Jonathan Jackson) struggles “producing a young YouTube sensation; Juliette (Hayden Panettiere) meets her guardian angel.

Tonight’s episode of Nashville kicks off with Juliette and Avery. Avery is rushing out the door to work, he feels guilty about leaving Juliette home alone in a wheelchair but she reassures him she will be fine. After Avery is gone, Juliette begins searching online for the woman from the church that found her when the place crashed.

It’s day one of Maddie’s internship at the stupid, she’s running the front desk and thanks Avery up and down when he arrives at work. Maddie scoffs when she realizes that the singer Avery and Deacon are working with in the studio is Ashley Willerman – it’s her first album, Maddie makes a crack about Ashley’s “stupid little YouTube videos.”

Maddie listens in on some of Ashley’s stupid time and she is disgusted by how rude Ashley is being to Deacon and Avery. She heads out on a coffee run and bumps in to a street performer, he sounds amazing, Maddie flirts with him before she heads back to the studio.

Juliette finds the mystery woman’s address online and shows up at her house. Hailey is thrilled to see her, Juliette gives her a hug and they talk about her progress. Hailey is running late for church, but she promises to call Juliette and make plans to get together.

At the office, Rayna and Bucky are meeting with Scarlett and Gunnar to discuss promoting their new single. Their new social media manager Randall interrupts, it’s obvious he has a crush on Rayna.

Meanwhile, at the studio Avery and Deacon are no too impressed with Ashley Willerman. Ashley announces that she is taking a break and storms out because she doesn’t like what Avery has to say.

The street performer pops up at the studio and surprises Maddie. While they are flirting at the front desk Ashley stomps through and orders Maddie to get her a Vegan lunch menu. It’s really ironic that a talented singer like Maddie is taking orders from a YouTube star who has never recorded an album before.

At home, Juliette gets a phone call from Hailey. Apparently, Juliette decided to give her a gift and sent her a brand new Range Rover. Hailey calls Juliette and tells her that she is returning the car – it makes her feel uncomfortable, and it is way too grand of a gift. Juliette is a little offended that Hailey is returning her gift.

Avery and Ashley have been fighting like cats and dogs over her music all morning. He can’t seem to get it through her head that they are recording an album, not making another catchy YouTube video. Avery is fed up and storms out on her. Avery scoffs that they will both be much happier not working together. Rayne rushes home

Rayne rushes home form the office and arrives to hear Maddie ranting about how horrible her day was waiting on Ashley hand and foot.

Avery’s home isn’t much happier. Juliette is miserable, she’s upset that Haley returned the car she gave her. Juliette cries to Avery that she wishes she had died. Cadence begins crying and Juliette gets her out of her crib. Then something magical happens, Cadence wets through her diaper and Juliette can feel the wetness on her legs. It looks like all hoe isn’t lost – Juliette may get the use of her legs back after all.

The next day Deacon heads back to the studio for another dramatic day of work with Ashley. Maddie has had enough, after she screws up a coffee order and gets scolded she freaks out on Ashley and calls her a “total bitch.” Ashley fires Maddie and kicks her out of the studio.

Deacon calls Rayna and fills her in on what happened between Maddie and Ashley. He’s going to try and salvage things and get Maddie her job back.

Avery stops by the apartment to check in on Will and Gunnar, and pick up his coffee grinder. Avery reveals that he walked out on Ashley, but things are looking up and Juliette is getting the feeling back in her legs.

Juliette shows up at Hailey’s house again. She apologizes for trying to give her a car. Juliette breaks down in tears and tells Hailey that she started getting feeling back in her legs. But, she’s scared. Juliette thinks that it is only temporary and she has been such a rotten person, she deserves to be paralyzed. Hailey gives Juliette a pep-talk and tells her that this is her second chance at life and to be a better person.

Deacon finds Maddie at home and confronts her about getting fired. Maddie rants that she isn’t going to be a slave girl to someone who is half as talented as her. Maddie can have her job back, but she is going to have to apologize to Ashley. He shouts at her about being “too immature to finish what she started” and storms out on her.

Rayna pays Maddie a visit in her room later that night. They have a long overdue chat about Maddie’s behavior, and what she said about Deacon up on the stand in court. Rayna tells Maddie that it is time for her to be a bigger person and take responsibility for her mistakes.

There’s something shady about Randall. Bucky heads home and leaves Randall alone in the office. He creeps in to Rayna’s office and steals a photo of one of her daughter’s off from her desk and slips it in to his bag before he leaves.

Maddie takes her mom’s advice and sits down and has a heart to heart with Deacon. She breaks down in tears and apologizes to Deacon for what happened in court. Maddie cries that she is sorry about what she said when she got on the stand. They share a hug and finally bury the hatchet.

Tonight’s episode ends with Juliette in her wheelchair, home alone. She sits at her keyboard and begins singing some powerful lyrics.

The next morning, Maddie and Deacon head back to the studio and Maddie swallows her pride and apologizes to Ashley so that she can have her internship back.