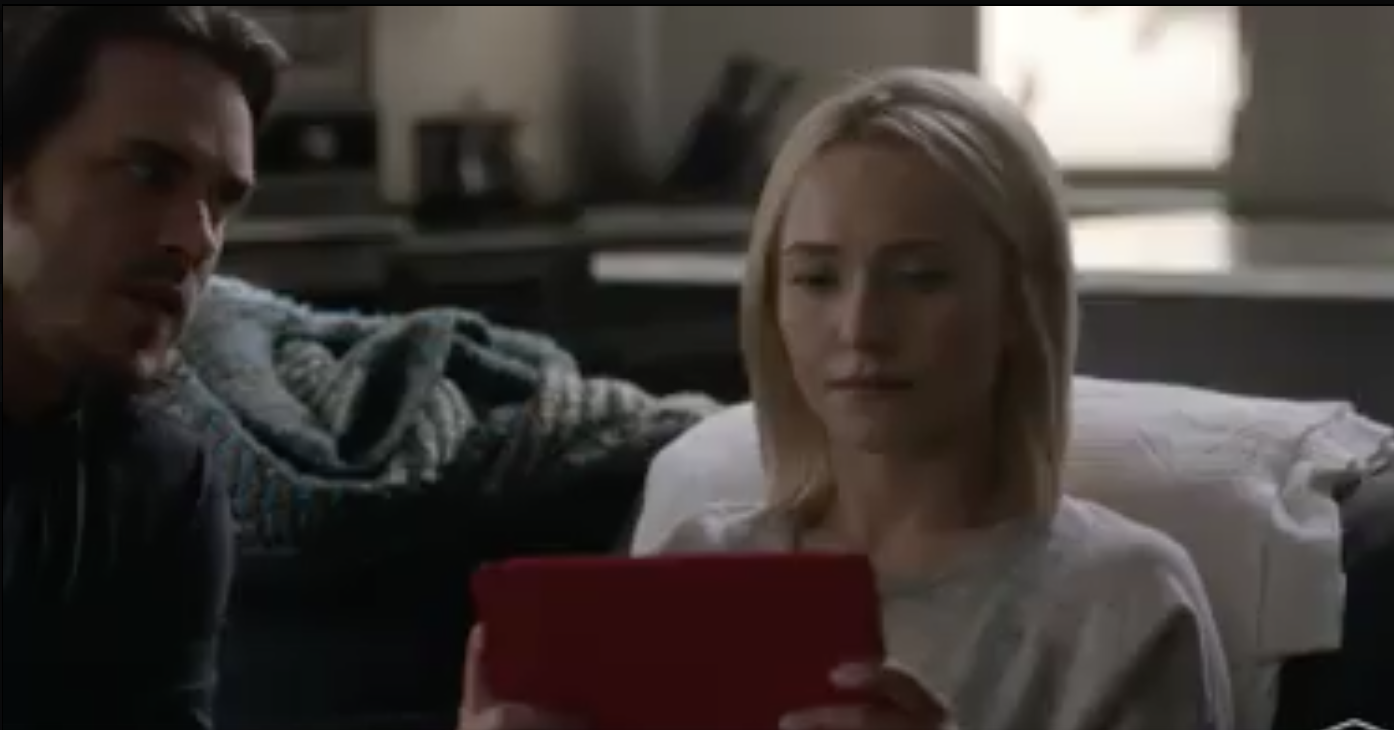 Tonight on CMT Nashville starring Hayden Panettiere returns with an all new Thursday, February 2, 2017, season 5 episode 6 called, “A Little Bit Stronger.” and we have your weekly Nashville recap below for you. On tonight’s Nashville episode, as per the CMT synopsis, “Rayna (Connie Britton) and Deacon (Charles Esten) beef up their home security after Rayna’s encounter with Carl Hockney. Meanwhile, Juliette (Hayden Panettiere) draws closer to her guardian angel Hallie and Avery (Jonathan Jackson) leaps back into performing.”

Tonight’s episode of Nashville kick off at Rayna and Deacon’s house – they have a security guy named Dave Winters changing all of their locks and putting in a new security system, Rayna has a restraining order against her stalker now, but they are still scared he may return.

Juliette is working with her personal trainer. She has come a long way, and can now move when of her legs with ease. And, it turns out Juliette has made a new friend too. While Juliette is doing her physical therapy, her trainer chats with her about coming out to her family that she was transgender.

At her office, Rayna learns some interesting gossip from Zach Welles. It turns out that Luke Wheeler is selling his company – he just wants to sing, and he’s tired of the business end of it. Luke says that Rayna’s company should buy “Whealin Dealin.” Rayna laughs that there is no way Luke will sell her his company.

Later that night, Maddie questions her mom and dad about the stalker – she saw the news. Deacon and Rayna assure the girls that they are perfectly safe. Somehow the conversation changes to Maddie and Clay – Maddie accuses Rayna of not liking her new boyfriend because Clay is black. Rayna scoffs that she doesn’t care what color Clay is, she doesn’t want Maddie dating him because he’s too old. Clay is 24 years old, and Maddie is only 17.

Juliette and Avery have Hayley over for dinner. Juliette has decided to come to Hayley’s church for service, she’s a little nervous about how people will react to her showing up to their church. Hayley reassures her that she is more than welcome, and invites Avery to tag along too.

The next day, Rayna confides in Deacon that she is worried about Maddie. Deacon thinks she may be overreacting, she’s just being a typical teen.

Meanwhile, Maddie is hanging out with Clay, he takes her to a flea market to see an old record dealer. After they pick up a new record, they take a stroll in the park. Maddie quizzes Clay about his bipolar disorder, they start arguing and their conversation goes dark quickly. Apparently, Maddie is worried after Clay got in a fight the other night that he may be violent, or even capable of hurting himself.

Juliette shows up at Hayley’s church with a cane. Avery skits church and decides to go play at a gig. So, Juliette is on her own. She makes her way through the pews and Hayley welcomes her warmly and invites her to sit up front with her. Avery seems right at home in front of the crowd. And, Juliette seems right at home in the middle of the church.

After Avery’s gig, he heads to a diner to grab something to eat. He bumps in to Billy, who is enjoying working as a manager and brags that he just got a commission, apparently he wants to represent Avery.

After church, Juliette visits with Rayna, Rayna invites her to come to Highway 65. Juliette shocks her and announces that she wants her next album to be a gospel album.

Scarlett meets up with the director that she fought with non-stop to finally see the music video of her and Gunnar. Scarlett’s not thrilled about it and is sure it will be horrible. To her surprise, the music video turned out beautiful and Scarlett even gets choked up while she is watching it.

Rayna overhears Maddie arguing on the phone with Clay. She quizzes Maddie about what is going on between them – after some prodding, Maddie confesses that Clay is bipolar and he hasn’t been taking his medication. Maddie fills Rayna in on Clay’s behavior, Rayna gives her some motherly advice and tells Maddie that she deserves to be happy.

Juliette heads to the community center with Hayley and watches her sing with a group of young kids. Juliette is amazed by hayley’s talent. Hayley is modest, and doesn’t think she’s that great of a singer, but Juliette is determined to get her to record some music.

Rayna and Zach Welles head to a Luke Wheeler concert together. While they are out, Maddie and Deacon have some ice cream and discuss her complicated relationship.

After the concert is over, Rayna and Zach corner Luke Wheeler. He’s surprised that they heard he wanted to sell the company, he was trying to keep it on the down low. Luke Wheeler trusts Rayna, and he says that if she trusts Zach, then that is good enough for him and he is happy to sell his company to them so he can go home to his farm and work on some new music.

Avery finds Juliette sitting alone in the livingroom, she raves about how amazing she feels since she went to church. Then, she rants that Avery only wants to see her when she is miserable – whenever she is doing good, he doesn’t want anything to do with her. Juliette begins trying to explain that there is a “change happening inside of her.”

Juliette’s assistant interrupts them to show Juliette a video. Someone recorded her in church, and the internet is having a field day with it and cracking jokes about Juliette going to church instead of rehab.

At school, Daphne is flirting with a young boy named Flynn during recess. Out of nowhere, Rayna’s stalker appears with another one of his creepy letters and tries to give it to Daphne. She runs screaming back in to the school.

Deacon and Rayna rush to the school to pick up Daphne, Rayna is surprised when Daphne wants to stay in school. Daphne reassures them that she is fine and the guy wasn’t even that scary and she heads back to class.

Maddie finds Clay singing on a street corner for a crowd. Clay is surprised to see her, Maddie hadn’t been returning his phone calls, he thought that they were over. Maddie laughs that he can’t get rid of her that easily and they share a kiss.

Juliette doesn’t let the press discourage her. Next Sunday she heads back to church, which is surrounded by the paparazzi. Avery tags along and walks proudly with Juliette, on her crutches, in to the church.